Up front, the Sharan provides a comfortable place for its driver by having a good amount of adjustment options for its seat and steering wheel, if not quite the range of extension to the steering wheel that you get with a Ford Galaxy. The pedals, steering wheel and driver’s seat line up nicely, so you’re not sitting at an awkward angle, and the Sharan puts everything you need just where you need it. The Citroen Berlingo’s interior layout isn’t quite so well honed.

The Sharan also feels plusher and better screwed together than the Berlingo inside, which itself is better than the rather cheap-feeling Ford Tourneo Connect. The Ford Galaxy feels almost as robust, but the materials it employs aren’t of the same consistently high calibre as Volkswagen’s.

There are issues, though. The infotainment screen is quite low-definition by today’s standards, and it’s a shame that you have to pay extra for voice activation and Apple CarPlay/ Android Auto smartphone mirroring. You cannot get wireless phone charging, either, but you do get in-built sat-nav, USB ports, Bluetooth and a DAB radio with eight speakers included. 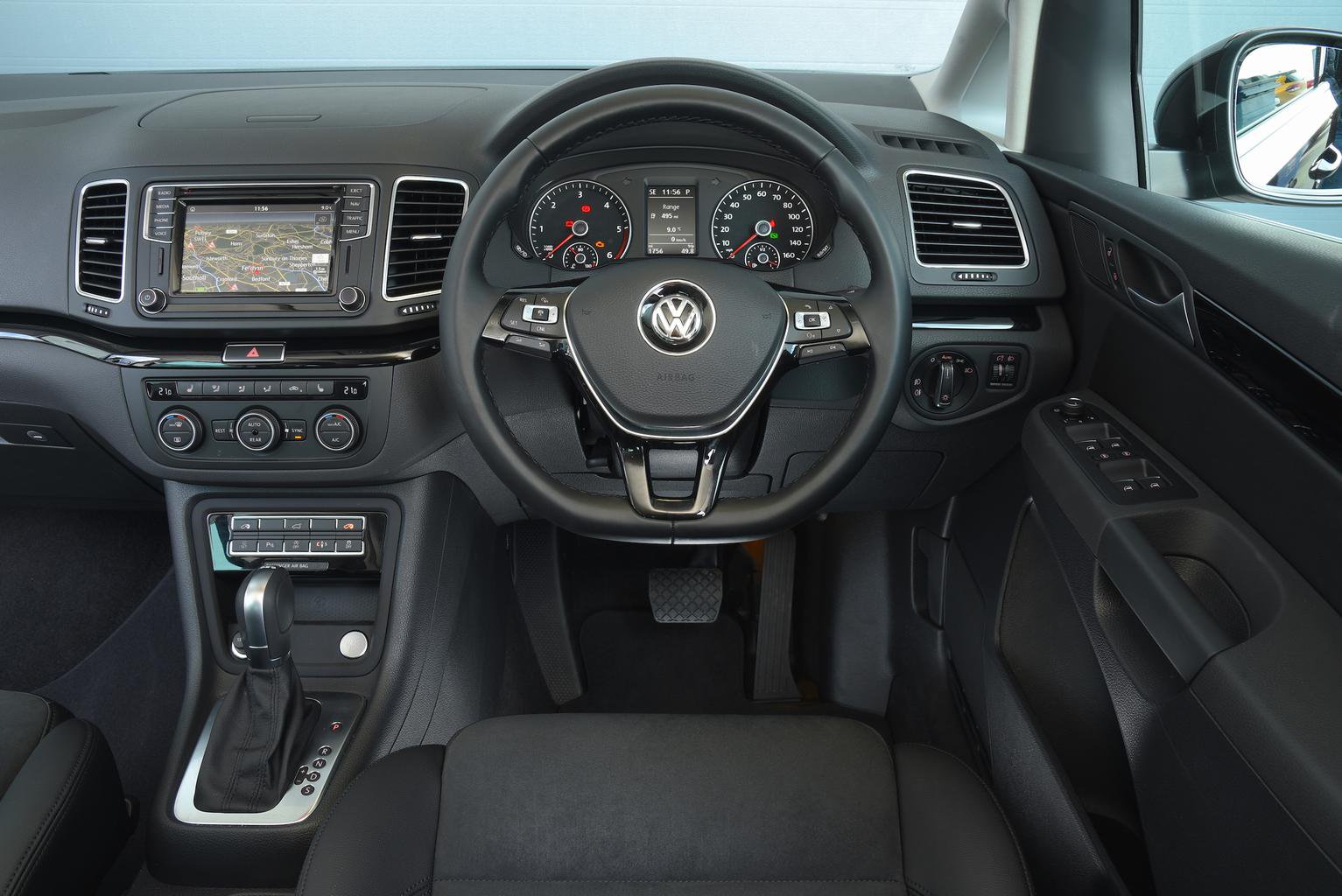