One of the biggest complaints made of this second-generation Volkswagen Tiguan when it arrived in 2016 was its price. Because it had expanded in size to increase interior space and had been deliberately pushed upmarket to challenge the BMW X1, costs dramatically increased. Since then, though, depreciation has taken its toll, allowing used buyers the chance to benefit from all that added refinement without having to pay over the odds for it.

All the traditional SUV qualities are present and correct: a practical interior, an elevated driving position and rugged looks. There’s also the option of four-wheel drive on most variants and a stretched seven-seater Allspace version.

Post-2019 models slimmed the range to the 1.5 TSI engine in 130 and 150 versions, and the 2.0 TDI diesel in 150 and 200 versions. There's also an eHybrid which combines a 1.4-litre petrol engine with an electric motor. In electric mode, the top speed is 81mph and the battery provides an official range of 31 miles with enough acceleration to keep pace in traffic. When the petrol engine joins in, it brings near-hot hatch performance when you want it (0-62mph takes just 7.5 seconds).

SE and SE Nav were combined as part of model revisions in 2019 to become Match. This new trim level gets 19in alloys, a rear-view camera, keyless entry and a parking assistance feature. R-Line Tech became the new top model and added an electric tailgate and a surround-view camera system.

The interior doesn't excite, but its solid build quality, soft-touch plastics and good-looking materials will please any owner. The driving position is excellent and visibility is good, too.

There’s plenty of space up front and rear passengers get lots of leg and head room, with three-abreast seating fine even for adults. It’s flexible, too, with split-folding, sliding and reclining rear seats, and the boot is large even by class standards. The seven-seat Allspace has two third-row seats that are fine for shorter adults but only for very short journeys.

Safety and security kit are also top-notch, with automatic emergency braking standard on all models and a five-star Euro NCAP score.

If you're interested in finding a used Tiguan, or any of the other SUVs mentioned here, head over to the Used Car Buying pages to find lots of cars listed for sale at a great price. 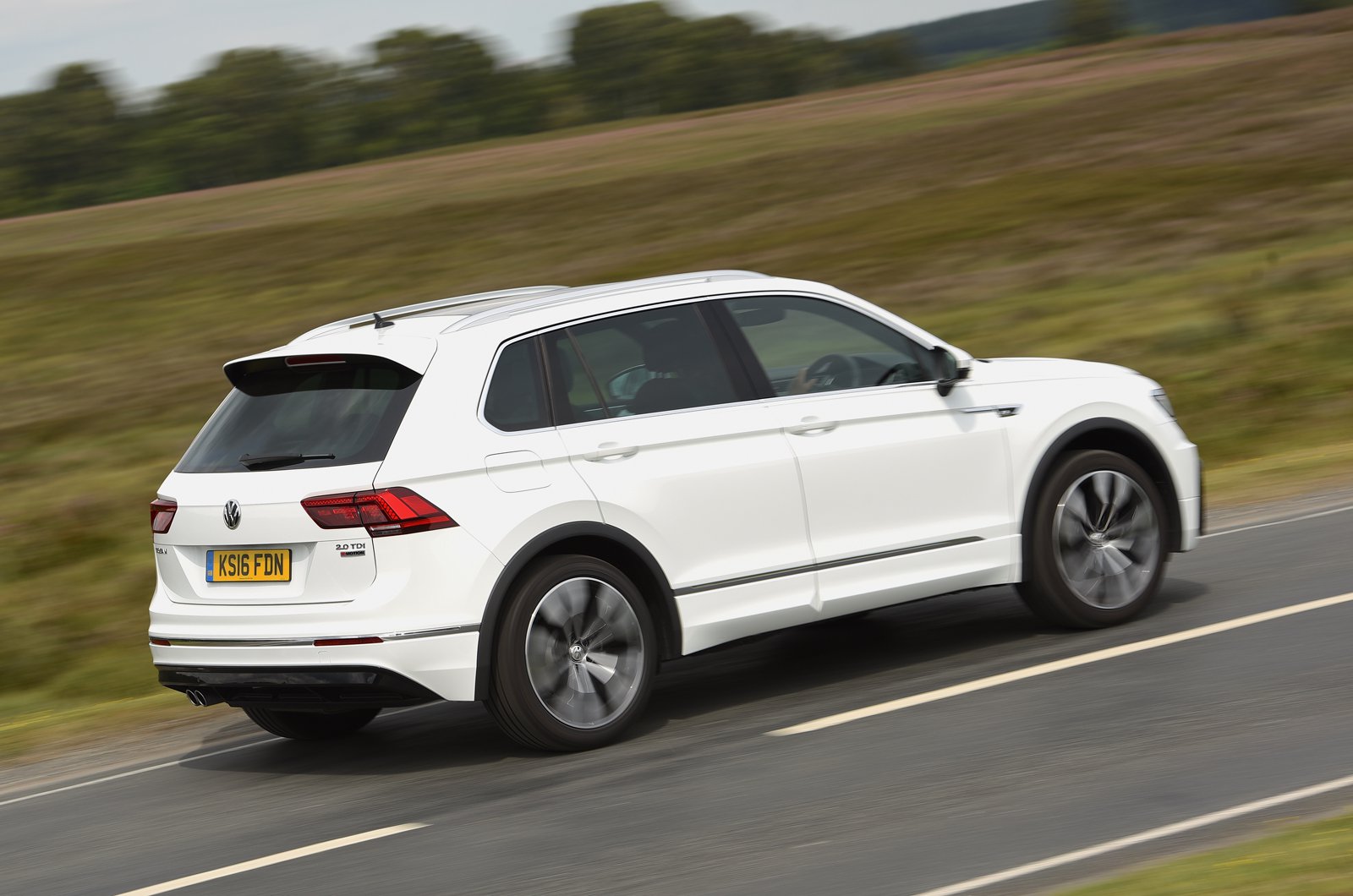