What used Volkswagen Transporter van will I get for my budget?

How much does it cost to run a Volkswagen Transporter van?

Buying a high-spec Transporter can be extremely expensive, although residual values are consistently high, thanks to the model's popularity.

We’d recommend Trendline as a minimum specification to ensure you get the full Transporter effect, with body-coloured bumpers and smart imitation-alloy wheel trims. This also lets you also avoid the cheaper Startline’s fairly rough and unpleasant seat upholstery.

Half-height loadspace lining is included as standard, but an upgrade to full height would also protect the panels of the van from any shifting load. The optional LED loadspace lighting provides much better illumination than the standard lighting.

All models come with BlueMotion technology as standard, which means stop/start, low rolling resistance tyres and regenerative braking, but for the most frugal version, you’ll have to choose the BlueMotion model that gets aerodynamic improvements, different gearing and lowered suspension. This should get you somewhere close to the claimed 47.9mpg. 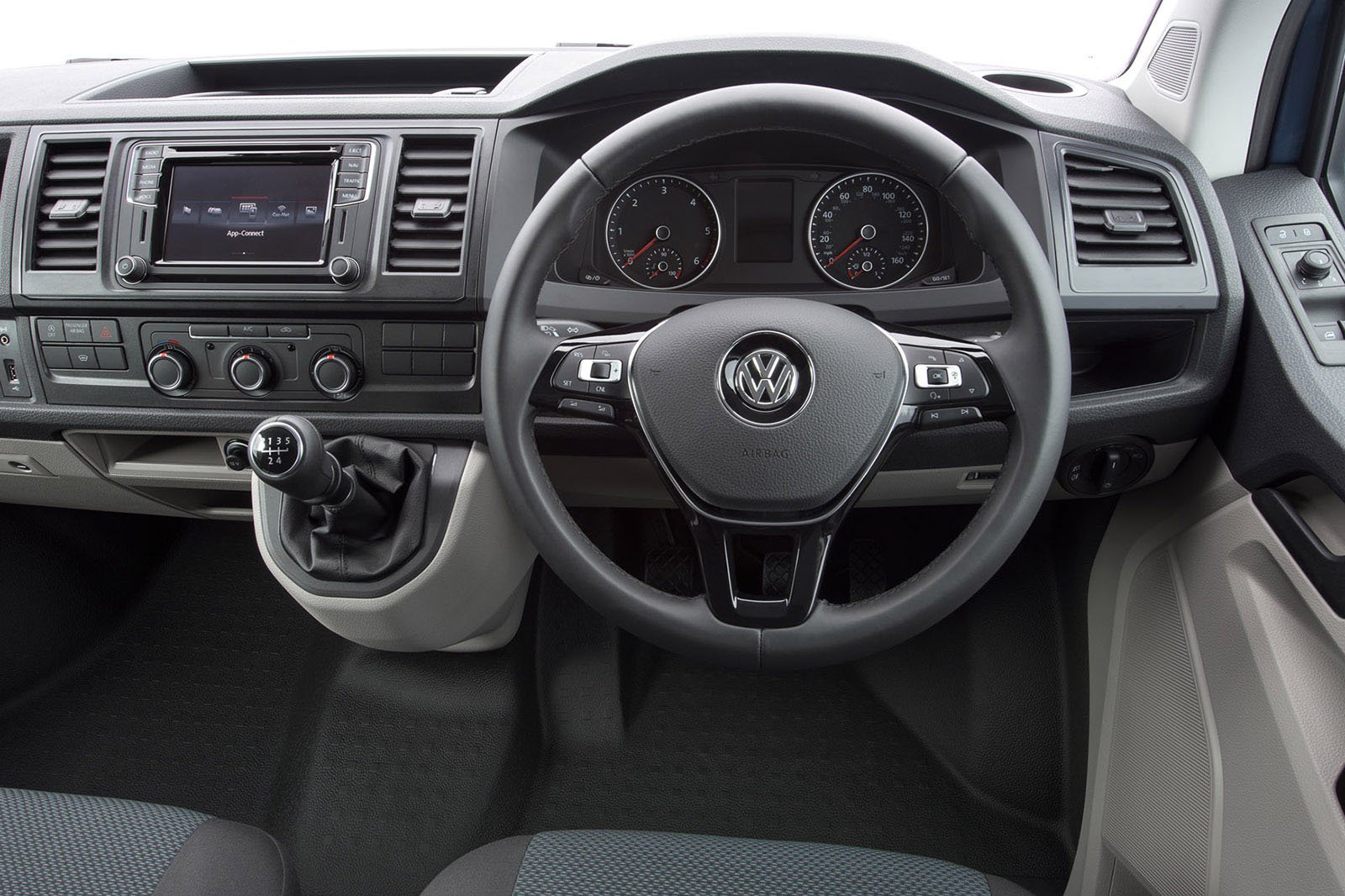