By opting for a Volkswagen e-Up and plugging in rather than filling up, you’ll be spending less on fuel bills than you would if you bought a petrol Up 1.0 TSI. However, even after the government’s £3500 electric car grant is deducted from the purchase price, the e-Up costs many thousands of pounds more to buy. That means you’ll have to cover an awful lot of miles to recuperate the difference.

What’s more, while you might imagine the e-Up would be a tax haven for company car drivers, that isn’t the case, either. Yes, it’s in a much lower benefit-in-kind (BIK) tax band than any petrol Up, but you’ll still sacrifice more of your salary each month to run one, because it’s so much more expensive to buy. It’s also in a higher insurance group.

One way to see a genuine saving over a petrol Up is if you regularly travel into London’s Congestion Charge zone, because the e-Up, along with all other electric cars, are exempt from the fee.

The e-Up does come with more kit than the range-topping petrol R-Line, too; climate control, rear parking sensors, heated seats and cruise control are all thrown in. You get a long warranty of eight years (or 99,360 miles) for the battery as well.

As for charging times, a full charge takes around 16 hours from a standard three-pin socket, five hours and thirty minutes from a 7kw home charger and you can top up to 80% in just an hour if you have access to a CCS fast charger. That does result in that impressive official 161 miles of range – the more expensive Mini Electric only manages 145 miles but the Renault Zoe can, on paper, cover 245 miles.

A major letdown with the e-Up, though, is the absence of automatic emergency braking (AEB), a safety system that we consider vital. It’s not available anywhere across the Up range, which results in the range only achieving a three-star Euro NCAP rating. That said, while that’s disappointing, the Renault Zoe also suffers a similar drawback. Such a system is, however, available on the Mini Electric and MG ZS EV. 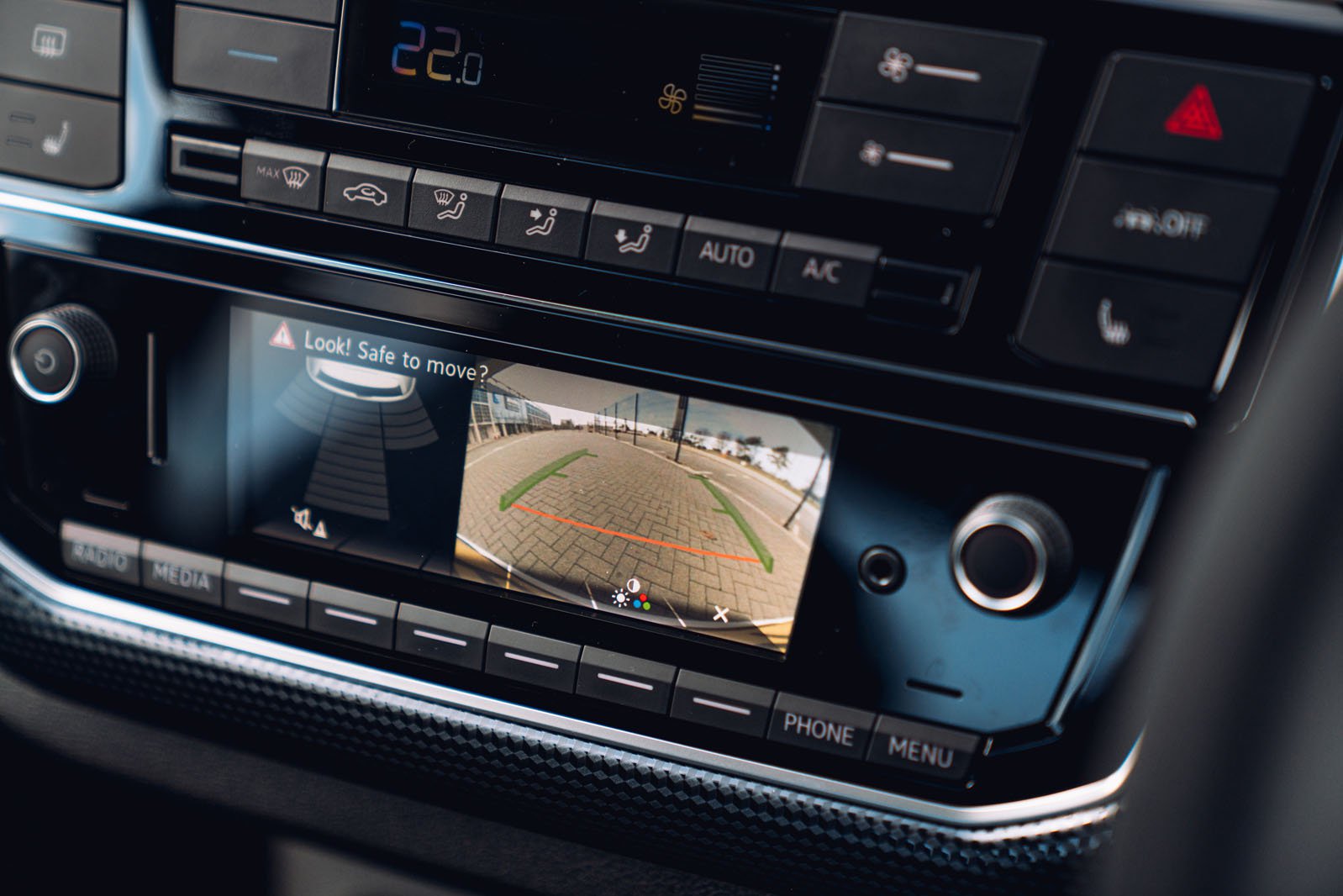