In the quest to make electric cars more mainstream, the e-Up doesn't shout too loudly about its zero-emissions credentials when you’re behind the wheel. Its rev counter has been replaced by a dial that shows how much electricity you’re using (or regenerating), while the fuel gauge shows how much charge is left in the batteries, rather than how much petrol is in the tank, but, otherwise, you could be sitting in a regular petrol Up.

That’s no bad thing; the seats are comfortable, it’s easy to see out and the driving position is mostly good, although the fact the steering wheel moves only up and down (and not in and out) means you may struggle to get completely comfortable.

The dashboard is logically laid out, although the e-Up doesn’t get a conventional touchscreen infotainment system like you’ll find in rivals such as the Renault Zoe. Instead, there’s a small 5.0in colour screen that provides information such as the radio channel, as well as the image from the rear-view camera, but for anything more detailed, you’ll need to stick your smartphone into the cradle on top of the dashboard. Volkswagen offers an app to let you use functions such as navigation, but we imagine most users will just opt to use their phone’s native applications. At least the e-Up provides Bluetooth connectivity, AUX in and a USB socket as standard.

The petrol Up’s interior comes in for praise because it’s rather smart and feels very well put together, compared with other similarly priced petrol city cars. However, the e-Up can’t match the soft, tactile plastics you’ll find inside the Zoe. 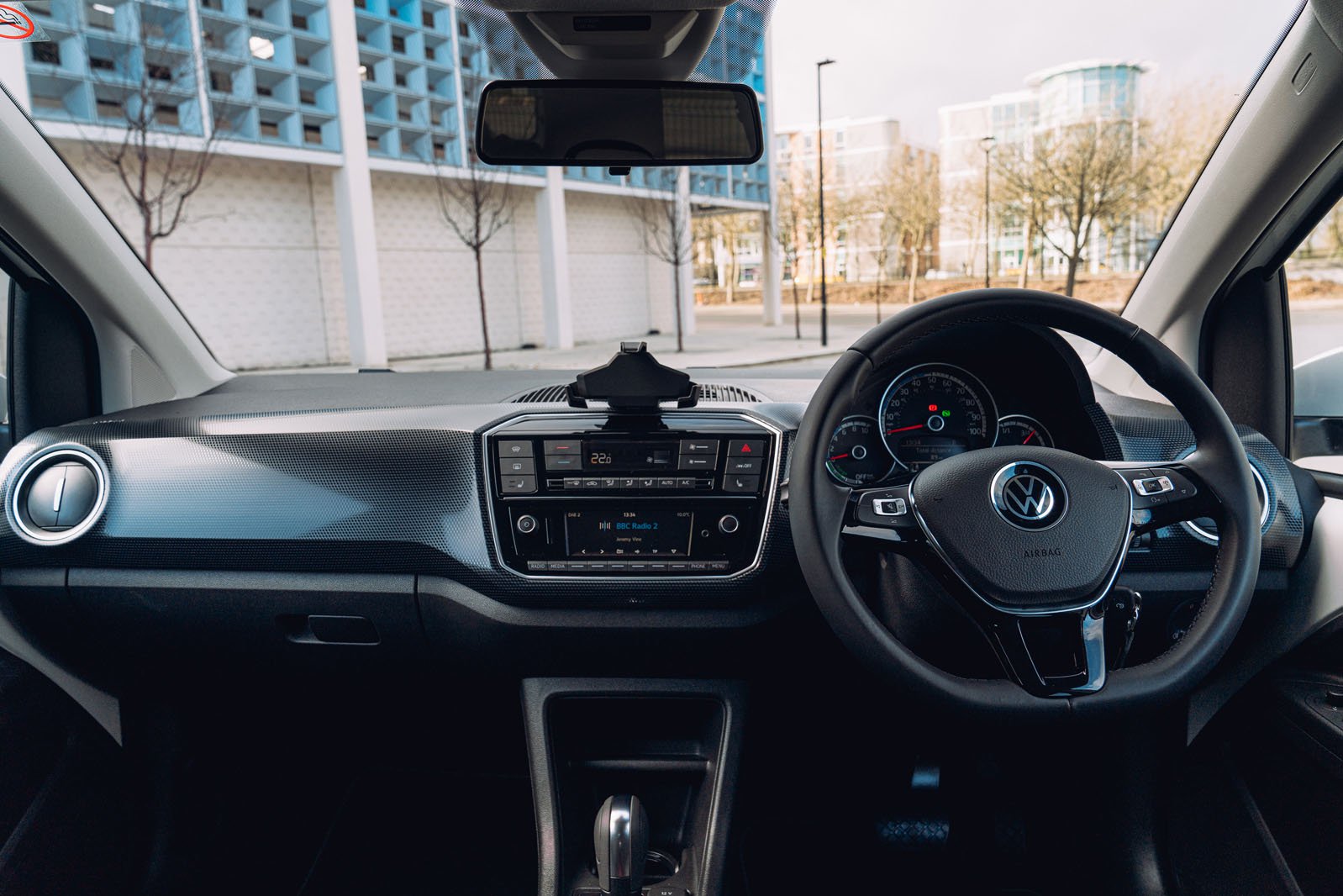