There are two turbocharged petrol engines available for the Volvo V90 Cross Country, and both have mild hybrid assistance to help their performance and efficiency.

Quite frankly, the least powerful B5 (P) with 247bhp is all you really need. It's got enough shove to enable you to gather speed gracefully, or you can put your foot down, rev it hard and it'll hit 0-62mph in 7.4sec. That's plenty of haste in our book.

There's an adaptive suspension option but it's quite expensive and we don't see it as necessary. It could be worth adding if you tow, though, because it also adds air suspension at the rear that can automatically raise the back of the car to compensate for a heavy load.

The V90 Cross Country's standard four-wheel drive plus its extra ground clearance and off-road aids, such as hill descent control, certainly help you to get across unlaid roads. It's no Land Rover Defender, though, if you're dead set on tackling the bush.

Its on-road handling isn't brilliant. That's not to say it's a challenging car to drive at normal speeds, because it's dead easy to direct down country lanes and really stable on motorways. But compared with the BMW 5 Series Touring or Jaguar XF Sportbrake, or even a proper SUV such as the Audi Q5, it's not very agile. It leans a bit if you corner quickly and the steering, while accurate enough, doesn’t key you viscerally into the road’s surface beneath.

The V90 Cross Country may be geared to byways but it’s great on bypasses too. Its plush high-speed ride combines with a level of peace and quiet to make it a fine long-distance machine. At speed, there's just a modicum of road noise from its big 19in wheels and tyres and there’s some wind noise but it’s hardly dramatic. That said, an A6 Allroad is still even quieter. 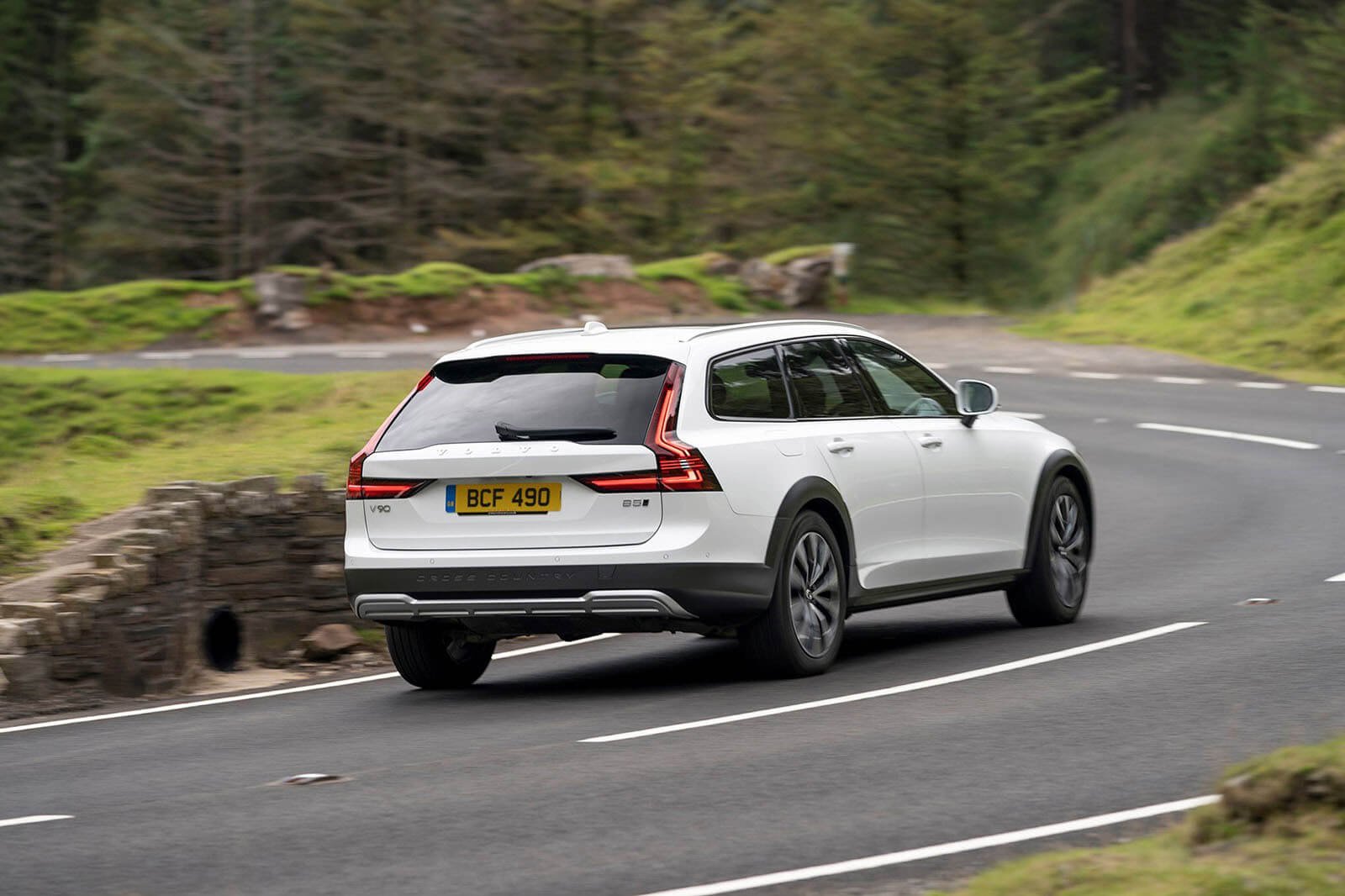