Rasping engines and super-quick steering show that the Alfa Romeo 147 was designed to be a sporty car, but where a VW Golf GTI or BMW 1 Series stay smooth and controlled over bumpy roads, the 147's body control is poor and the ride suffers, too.

Yet, if it can't cut it as a sporty car, it certainly looks right: inside and out, this is one handsome small hatch. The interior looks much better made than in older Alfas, too, but passenger space is tight and the boot small.

A facelift in 2005 smoothed the car's nose and brought extra equipment across the range.

The 147 scores only three Euro NCAP stars for occupant safety, a poor result when most rivals hace four or even five. It gained two stars for pedestrian protection, which is average. 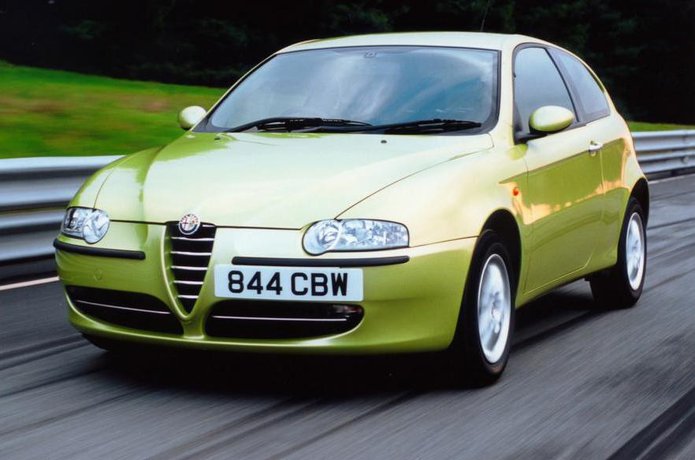 These cookies are necessary for the website to function and cannot be switched off in our systems. They are usually only set in response to actions made by you which amount to a request for services, such as setting your privacy preferences, logging in or filling in forms.    You can set your browser to block or alert you about these cookies, but some parts of the site will not then work.

Our advertising vendors use the IAB's Transparency and Consent Framework to check and honour your permission to use your personal data for the following list of purposes.

Welcome to What Car?

We and our partners store and/or access information on your device, such as unique IDs in cookies, to process personal data so we can provide you with the best possible experience, personalise ads and content based on your interests, provide social media features and to analyse website usage.

You can accept these purposes by clicking "I Accept" below and you can change your mind at any time by clicking on "Cookie Settings". These choices will be shared with our partners using an industry framework. For more information, please visit our Privacy and Cookie Notice.