What used Alfa Romeo Giulia Quadrifoglio saloon will I get for my budget?

How much does it cost to run a Alfa Romeo Giulia Quadrifoglio saloon?

It ain’t gonna be cheap. The first thing to consider will be the frightening fuel consumption. In our real-world True MPG tests it achieved just 23.5mpg, and long-term use has backed up that figure too. The official figure of 34.4mpg under the older NEDC tests and 28.5 under the more realistic WLTP test might be hard to achieve in everyday use, we fear.

Cars registered before the tax changes of April 2017 came into being will pay the annual car tax (VED) at a rate based on CO2 emissions, so at 189g/km that’ll be sizeable. Those registered after that date will pay a tax at the flat rate, currently £150 a year, but will additionally pay a supplementary luxury car tax for cars costing over £40,000 new, and that is £325 a year at the moment.

Insurance groupings are high, so expect heavy bills there too. Servicing costs will be high, too, and we’d recommend not only seeking out a car that has a full Alfa Romeo service history but also getting the car serviced by a franchised dealer, especially while it’s still young. 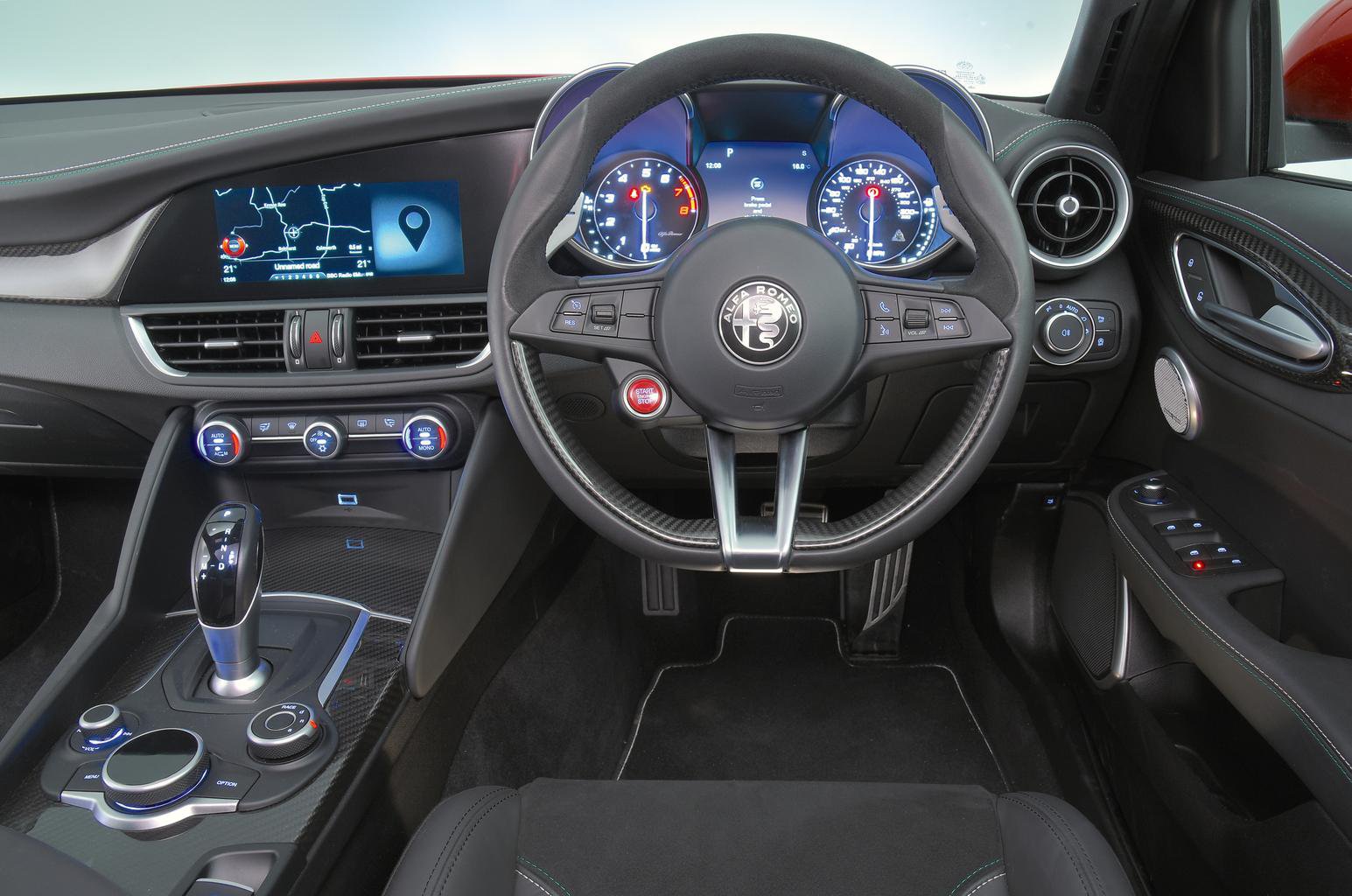