You don’t have to drive the Audi A5 Cabriolet very far to realise that it’s better suited to top-down cruising than fast cornering.

Twisty roads highlight the rigidity that's been lost along with the roof compared with the Audi A5 Coupé. That’s not to say the A5 Cabriolet handles poorly – body lean is pretty well controlled – but bumps cause the car's steering wheel to writhe in your hands and prevent you from placing the front wheels as accurately as you'd like.

We’d also be inclined to avoid the more powerful 261bhp 45 TFSI four-cylinder petrol engine. Even though it does 0-62mph in a mere 6.0sec, it doesn’t feel much quicker in the real world than the 201bhp 40 TDI diesel.

The mid-range 201bhp 2.0-litre turbo petrol in the 40 TFSI is the pick of the bunch. It offers a solid compromise between performance (0-62mph is in a swift 7.5esc) and running costs. It's quicker than the pricier entry-level 420i found in the 4 Series.

Whichever engine you go for, it’s hard not to be impressed by the A5 Cabriolet’s quietness. Even the diesel is remarkably hushed for this type of engine, with only a little bit of grittiness when accelerating and some vibration at low engine speeds slightly spoiling the experience. The petrol engines are even smoother, with a sporty edge when you rev them.

Buffeting is kept to a minimum with the convertible roof down, and you can still chat with your passenger at 70mph. An optional wind deflector, which goes over the top of the rear seats, improves things further.

Some versions we’ve tried generate an awful lot of road roar, but if you stick with the smaller wheels and tyres, it's more than bearable. 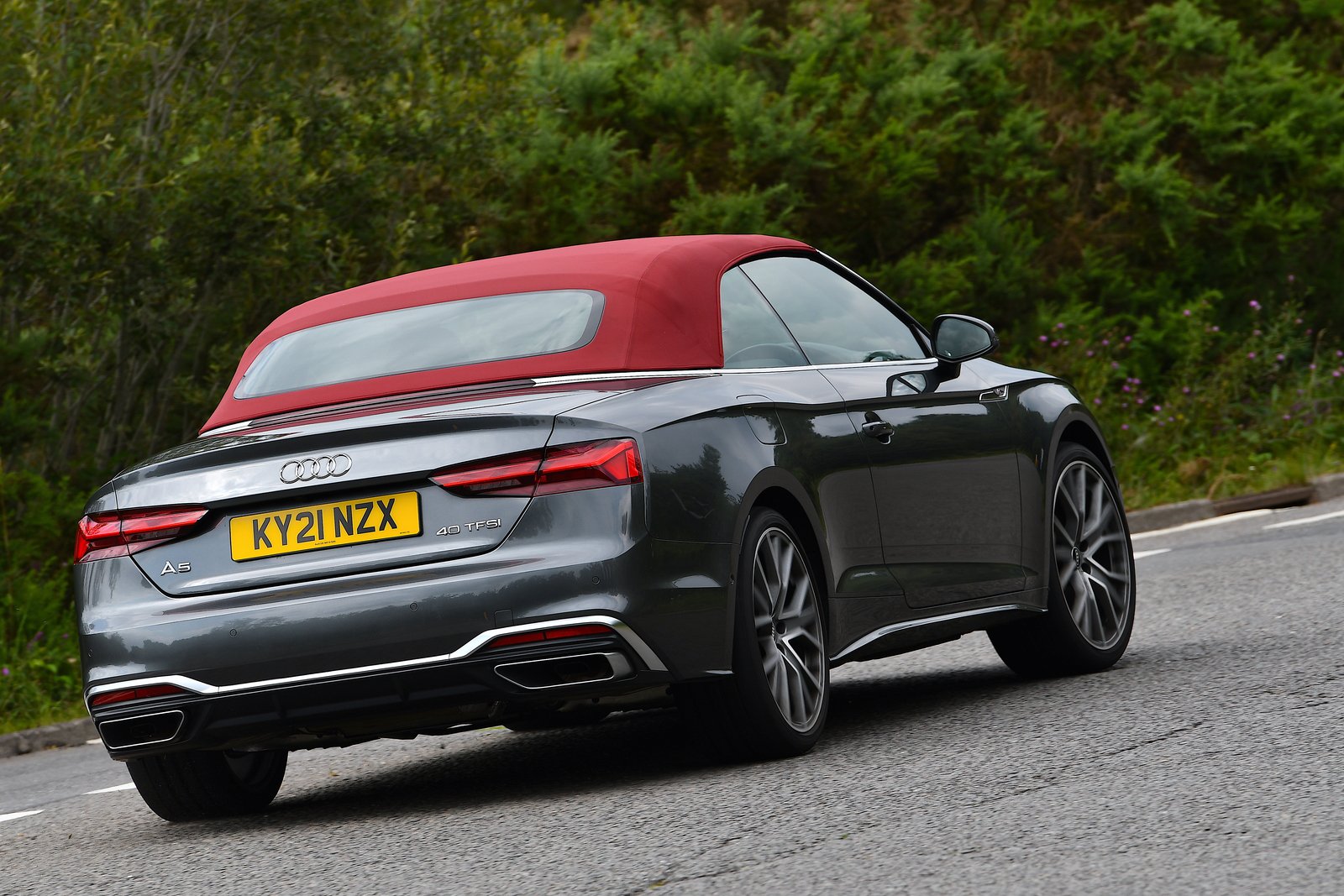