It’s perhaps not surprising that when the time came for Audi to update its highly successful A5 Coupe in 2016, it didn’t muck around with the formula that had worked so well for the original car. Certainly the newer car is lighter and a little bigger, so has more space in the interior and the boot, but all the important bits seemed to be pretty much as before.

Chief among these similarities is the sporty and elegant design, which is the key factor that separates the A5 Coupe from the four-door executive saloon A4, with which it shares much of its underpinnings.

In fact, the second-gen A5 Coupe now rides on an all-new platform, and it feels much the better for it. The ride is firmer than the equivalent A4’s, depending on which of the various trims you’ve chosen, although it is supple enough to take the sting out of larger bumps and ripples. And the handling is precise, if not truly agile or ever particularly involving for a keen driver.

There are a number of engine options, and all are smooth and punchy. Initially, you could have a 1.4-litre TFSI petrol unit at one end, and a rip-snorting super-sporty 3.0-litre S5 version at the other, that can see off the 0 to 62mph sprint in just 4.7secs. In between are a number of diesels that offer a good compromise between enticing performance and reasonable efficiency, and there is also, in certain engine and trim combinations, the option of four-wheel drive, which offers improved grip in slippery conditions.

A mid-life facelift brought in a revised range of engines, now known as 35 TDI, 40 TDI 204 quattro in diesel form, 35 TFSI, 40 TFSI 204 and 45 TFSI 265 quattro as petrols, and an S5 TDI 341 quattro which was now a diesel. Trims became entry-level Sport, S line and Vorsprung, with an extra Edition 1 trim bringing you extra sporty detailing over the regular Sport trim.

The A5 Coupe doesn’t disappoint inside, pipping the cabin quality of its German rivals with upmarket materials everywhere you look and touch. True, the design of the interior perhaps lacks the flair and imagination of a Mercedes C-Class Coupé, but the flipside is a better-structured, more logical dashboard layout. Audi’s MMI infotainment system comes as standard and features a clear 7.0in display mounted centrally on the dashboard and controlled with the usual rotary dial between the front seats.

Clearly, you won’t be considering a coupé if space is your top priority, but the A5 isn’t as impractical as you might imagine. A couple of six-footers will fit in the back easily enough, although they’ll have to slouch to keep their heads from brushing the ceiling.

All in all, the A5 Coupe is an extremely well-rounded package that deserves serious consideration, especially if you can pick up a good used version. It might not have the driver involvement of the BMW 4 Series Coupe, but it’s a quick and refined and beautifully put-together car with much visual appeal.

If you're interested in buying a used Audi A5 Coupe, or any of the other cars mentioned here, check out our used car classifieds section here. 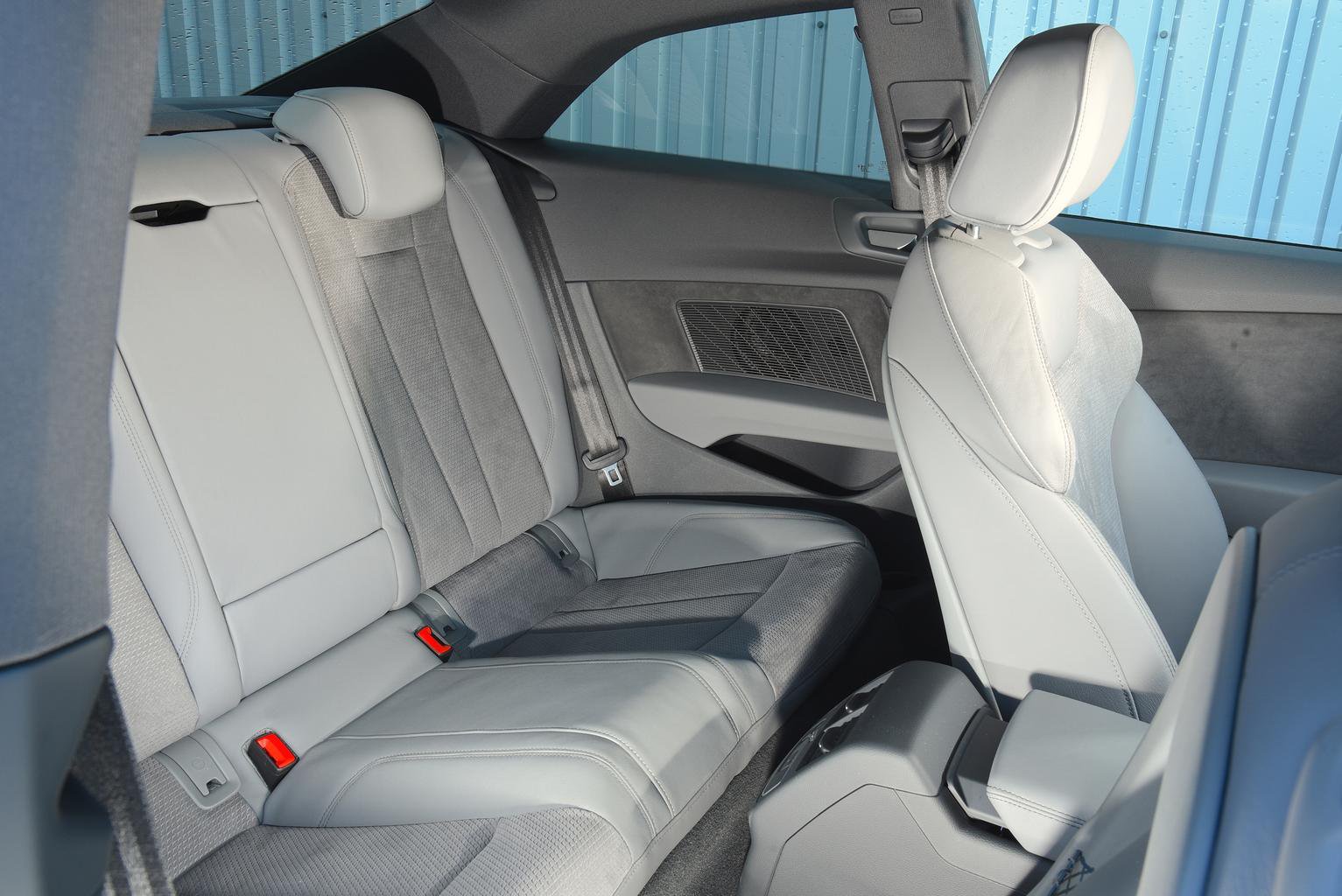