Slide behind the A8's steering wheel and you’ll find a huge range of adjustment for the supportive, 22-way electrically operated seat. Four-way powered adjustable lumbar support is standard, and even the steering wheel moves in and out, and up and down, electrically.

The Audi A8 is also beautifully finished inside, with superbly luxurious materials, lashings of soft leather, and a standard of assembly that trumps even the Mercedes S-Class. Granted, the A8’s interior design might be a little conservative compared with the S-Class, but the A8 is the plushest car of its type, and that’s way more important.

The A8 is easier to see out of than most of its rivals. Its broad side windows and large rear screen provide a good view in all directions, and you get front and rear parking sensors and a rear-view camera on all trims. If you need a little more help, a surround-view camera is available as part of the reasonably priced Comfort and Sound pack. Standard LED headlights also make for outstanding visibility at night (adaptive Matrix LED versions, which shield oncoming traffic from being dazzled while maintaining main beam, are available as an option on S line trim and above).

And despite having so many gadgets on board, the A8 is relatively easy to interact with. The 12.3in digital instrument display behind the steering wheel (called Virtual Cockpit) conveys a lot of information with admirable clarity, as does the standard head-up display that projects selected information onto the windscreen so it's even closer to your line of sight.

Meanwhile, the dashboard itself features two high-definition touchscreens – a 10.1in top screen and 8.6in one below – which dominate the dashboard. These are easy enough to use when you're parked up but can be a little distracting when you're on the move; imagine trying to operate an iPad while driving and you'll get the idea. Both the S-Class’ and BMW 7 Series’ systems are easier to-use, the latter being especially easy to use on the move.

True, the graphics are sharp, the system responds quickly to commands and you even get haptic feedback from the screen so you know that your prod has been registered. However, there's no doubt that the infotainment system in the rival BMW 7 Series is much more user-friendly.

Of course, with luxury coursing through the A8's veins, it’s not just those in the front who have access to the A8's gadgetry. Rear passengers in the long-wheelbase 'L' version of the A8 benefit from a standard 5.7in tablet stored in the centre armrest, which can be removed and used as a remote control for several of the car's functions, including the climate control system and the optional electric rear seats.

The standard stereo features a six-channel, 180-watt amplifier and 10 speakers, including a subwoofer. If that’s not good enough, a 17-speaker, 730W Bang & Olufsen upgrade is available as part of the Comfort and Sound Pack (this comes as standard on Vorsprung models). 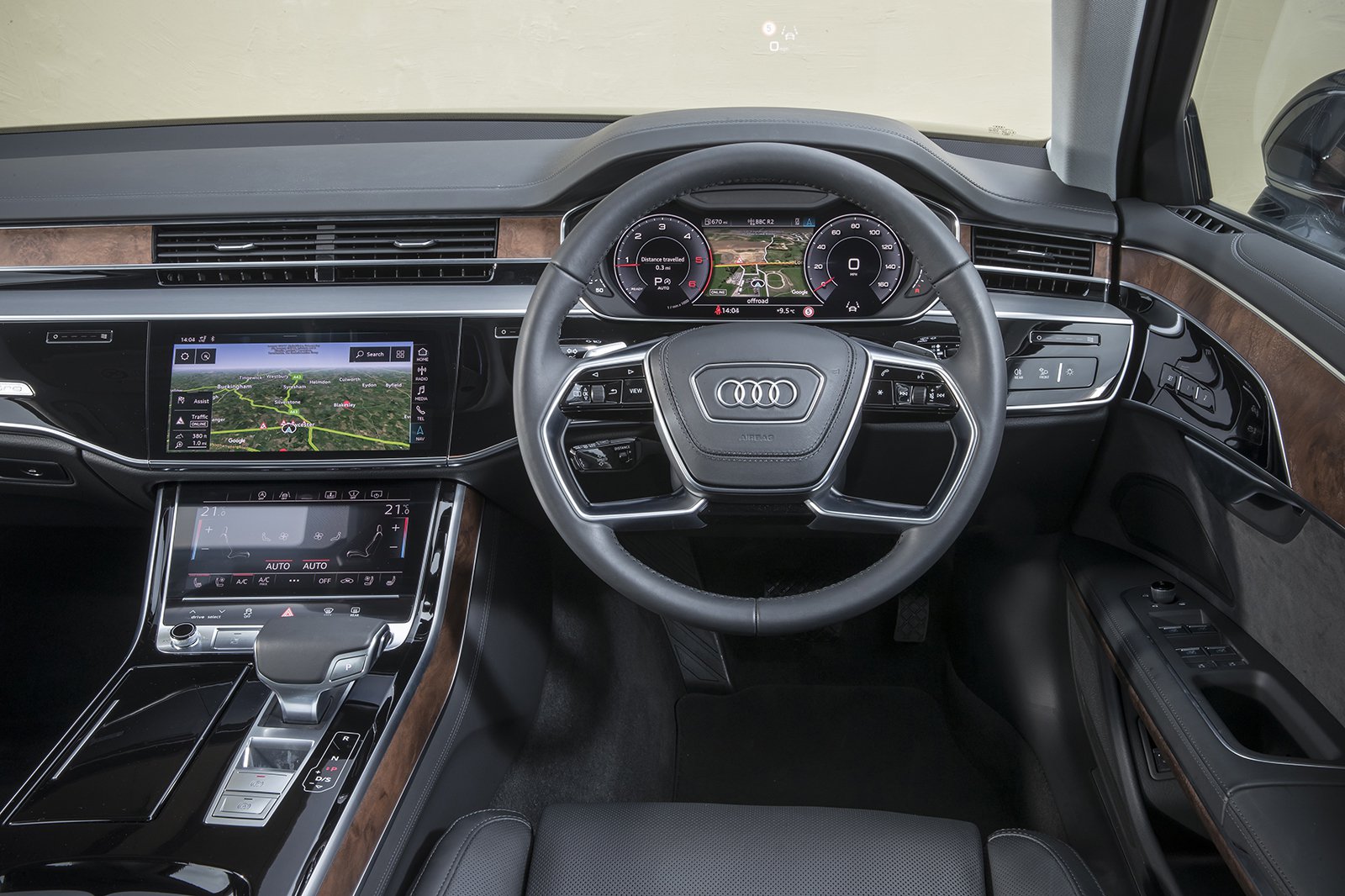