What used Audi Q5 4x4 will I get for my budget?

As with the diesel, the 2.0-litre petrol was available with different power outputs: 176bhp to 208bhp for a pre-facelift car, and as much as 223bhp for a post-2012 model, which was also offered with a normal Tiptronic automatic gearbox rather the dual-clutch S tronic unit. At the same time, the 266bhp 3.2-litre V6 was replaced with a supercharged 3.0-litre V6 with 268bhp and better fuel consumption.

Those after even more power from their Q5 should be more than satisfied with the 310bhp from the V6 twin-turbocharged diesel SQ5, for which prices start at around £18,000. 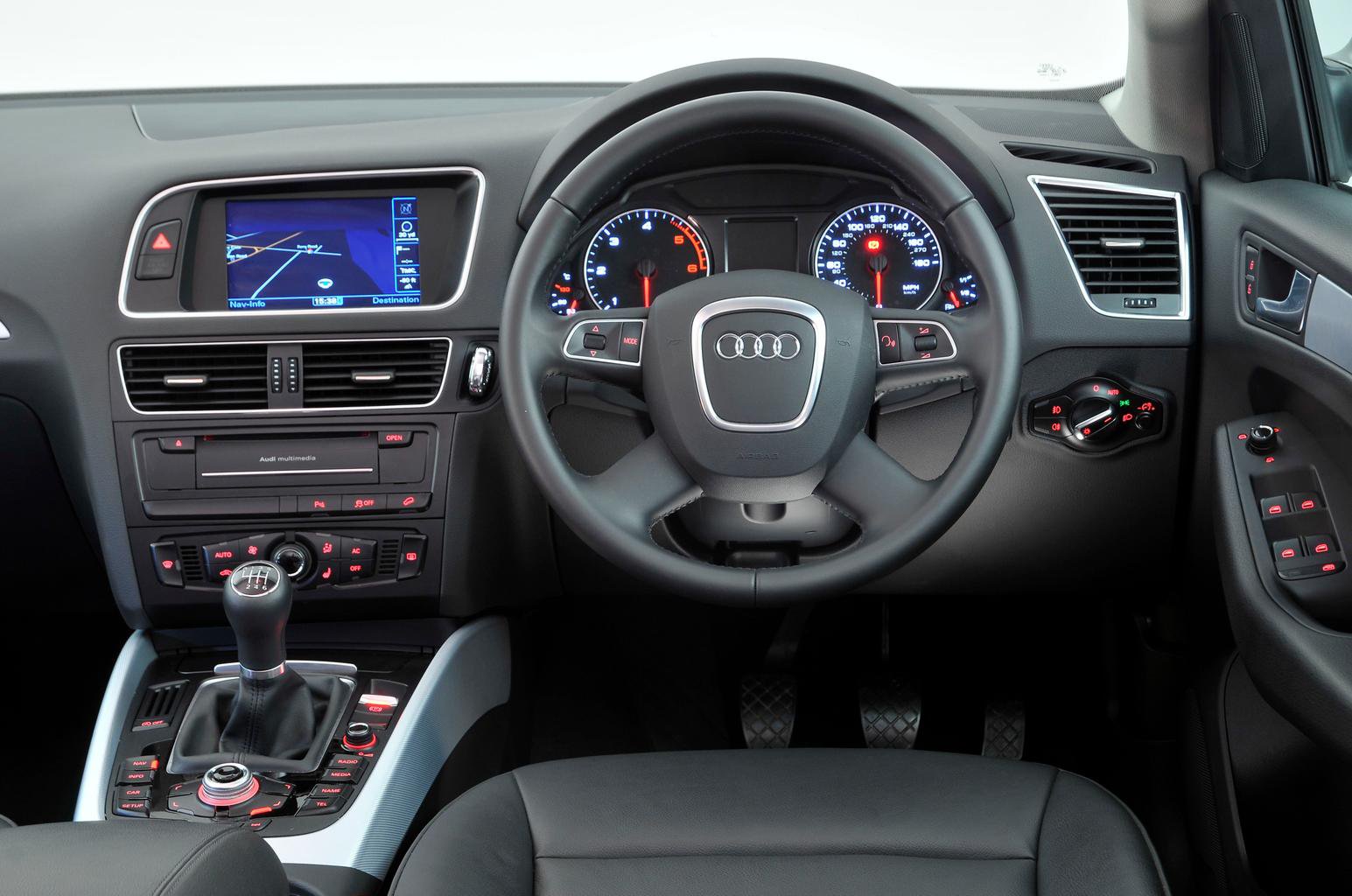 For a sizeable SUV with good performance and four-wheel drive, running costs are not as exorbitant as you might expect. With the 2.0-litre TDI engine, the Q5 managed 42.1mpg in official EU fuel tests, which improved to 45.6mpg after the introduction of stop-start technology across the range in 2012. In normal driving, this equates to 35-40mpg, while the 3.0-litre V6 will deliver 30-37mpg. The 2.0-litre petrol Q5 is thirstier still: don’t expect much more than 30mpg in normal driving, placing it just ahead of the V6 petrol engines.

Annual road tax ranges from £150 for the post-2012 facelift 2.0 TDI to up to £305 or a V6 petrol, which is competitive for this type of car, particularly considering there’s no front-wheel-drive version.

Servicing is required every 12 months or 10,000 miles, and Audi’s fixed price servicing represents good value, with prices starting from £164 for a minor service on a 2.0-litre Q5. Of course, there are plenty of specialists outside of the main dealer network who will service an elderly Q5 for you, often at cheaper rates.