The first generation of BMW X3 was not well loved thanks to its poor quality, bizarre styling and firm ride – but this second generation, launched towards the end of 2010, is as brilliant as the original was below par. It did so well it lasted until 2018, when it was replaced by an all-new third-generation model that carried on a lot of the good ideas started with this car.

The diesel-only engine line-up consisted of a 181bhp 20d that used a 2.0-litre four-cylinder and a 3.0-litre straight-six in 254bhp 30d and 309bhp 35d guises. A more economical version of the 2.0-litre diesel arrived in 2012 in the form of the 141bhp 18d, and it's the only X3 to be found with rear-wheel drive. A new and more powerful 2.0-litre diesel was available as part of the 2014 revisions, so both the 18d and 20d produce 148bhp and 187bhp respectively. The six cylinders diesels didn't alter much but do have improved fuel economy and emissions.

The six-cylinder units deliver smoother and much stronger performance but are also significantly more expensive to buy and run, which is why most buyers opted for the 20d when new instead. Whatever X3 you go for, we’d recommend the smooth automatic over the manual which has an awkward clutch and a rubbery action.

When you buy a BMW there are also certain expectations around the driving experience, which is where the original X3 ultimately fell widest of the mark. No such dangers with this replacement version which is all at once respectably fast and good fun, but also quiet and comfortable. Or at least it is if you opt for an SE version rather than the M Sport with its overly firm suspension. If you do fancy the sportier looks of the latter, we’d advise seeking out a car that’s also fitted with the optional variable damper control adaptive suspension.

Post-facelift X3 from 2014 onwards can be found in SE, M Sport and xLine forms. SE gained heated front seats, the upgraded Business navigation package and an electric tailgate. The new xLine model got upgraded leather trim and 18in alloys, while M Sport carried on much as before but got larger 19in wheels as standard.

This second-gen model is a much larger car than the first, with loads of room for four adults to travel in comfort, and a big boot too. Granted, the central fifth seat is still rather narrow and there’s a large raised section in the floor where you want to put your feet, but the same applies to the X3’s rivals such as the Audi Q5, Volvo XC60 and Range Rover Evoque.

It’s in the front where you really get to enjoy the X3, though, not only for the raised driving position and sense of space, but for the classy design and solid build quality. All models are equipped with BMW’s iDrive infotainment system that's still one of the best systems on the market in terms of features and ease of use.

EuroNCAP gave the X3 the maximum five-star safety rating when it was tested back in 2011. All versions come with six airbags, two Isofix mounting points across the rear seat bench and an Electronic Stability Program (ESP) as standard to help control the car tricky conditions or during an emergency manoeuver.

If you're interested in buying a used X3, or any of the other cars mentioned here, check out our used car buying site here. 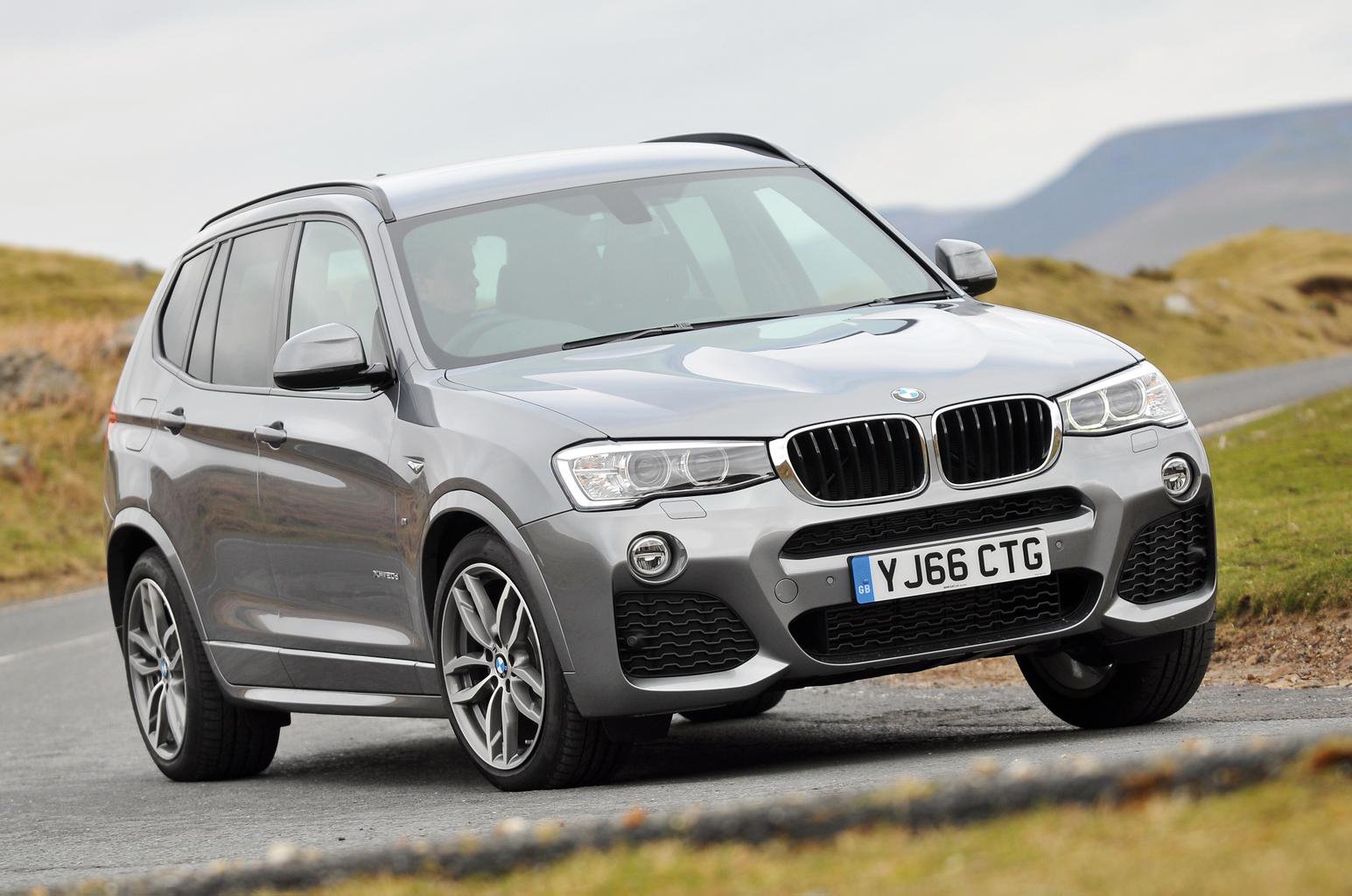