Time was, if you wanted a seven-seat SUV, you had to make do with something big, heavy and unwieldy. But since the arrival in 2014 of the Land Rover Discovery Sport, which crams seating for seven into a body that’s more compact, making it easier to park, that's no longer the case.

The Disco Sport was, in fact, the replacement for the highly popular Freelander, a good-looking SUV only ever available as a five-seater. The styling of the Disco Sport is likewise attractive, and the car has a similar air of on-road quality and off-road ability, too, which makes it equally appealing.

Underneath, the Disco Sport shares a lot of its underpinnings with the first-generation Evoque model, another SUV that turned into a huge success for the Jaguar Land Rover brand. Sales for the Disco Sport have always been strong, and it was eventually heavily updated in 2019, producing a plusher and more practical car. It was also given mild hybrid technology and a facelift.

The range kicks off with the Pure, which gets you air conditioning, cruise control, rear parking sensors, part-leather seats and a DAB radio. Upgrade to SE and also you get heated front seats, a heated windscreen and dual-zone climate control, but still no sat-nav. For that, you’ll need SE Technology, which also provides front parking sensors and a powered tailgate. One notch up again is the HSE, which gives you a good slug of equipment, including full leather upholstery, a panoramic roof, a rear-view camera, an upgraded sound system and keyless entry.

Further up the range sit three versions based on the HSE. HSE Black gives you an array of black styling addenda; HSE Luxury adds a host of extra toys like heated and cooled front seats, a heated steering wheel and air conditioning for the rearmost row of seats; and top-of-the-range HSE Dynamic Luxury gives you all those toys plus sportier styling.

On the post-facelift cars, you have to choose whether to go for the regular Discovery Sport or the R-Dynamic version; the latter simply adds sportier styling touches, including different front and rear bumper designs, but is exactly the same car underneath. The new trim levels were standard, S, SE, R-Dynamic S, R-Dynamic SE and R-Dynamic HSE.

On the road, we’d recommend avoiding Discovery Sports fitted with larger wheels; around town, the car's ride is a bit jittery anyway, and with anything larger than 18in wheels the suspension picks up expansion joints and potholes even more noticeably. That said, larger bumps are dealt with well, and once you’re up to speed on a long journey, the ride smoothes out admirably, meaning you probably won’t need to go to the hassle of trying to find an example fitted with the optional adaptive suspension dampers.

You feel the softness of the suspension when you tip the Discovery Sport into a corner, though; it has a propensity to lean over, so it never feels as crisp as some of its more firmly-sprung rivals. Throw in the fact that the most popular diesel engines – the 148bhp and 178bhp versions – are decidedly lethargic, and it’s clear that this isn’t a car for the sportier driver. Still, it isn’t all bad – the direct steering and surfeit of grip mean the Discovery Sport feels secure and connected to the road all the time, so as long as you’re not feeling racy, you should at least feel reassured.

You can, of course, upgrade to one of the other more powerful engines on offer but while all of these offer more than enough shove to keep you happy, they’re also thirsty. We’d go for the nine-speed automatic gearbox over the six-speed manual, too, as it suits the Discovery Sport’s character and will make the car easier to sell on.

As far as interior space goes, ‘cram’ is the operative word, because those rearmost seats admittedly aren’t as spacious as you’ll find in a larger SUV or even a similarly sized MPV; in the Discovery Sport, the third row is only really suitable for children. If space is a priority, you might be better off with the Skoda Kodiaq or Peugeot 5008, which offer more room all round. Don’t forget, too, that that extra row of seats is optional on the Discovery Sport, so you’ll need to look for one with it fitted; by contrast, it’s standard on the 5008.

The boot’s a decent size, though, especially when the rearmost seats are folded down into the floor, while passengers in the front and middle rows, will find plenty of space.

And there’s a true sense of quality to all the fixtures and fittings; especially pleasing, too, is the way all the major controls are clearly and logically laid out. The infotainment system is less of a success, mind you – it can be a bit of a fiddle to use. 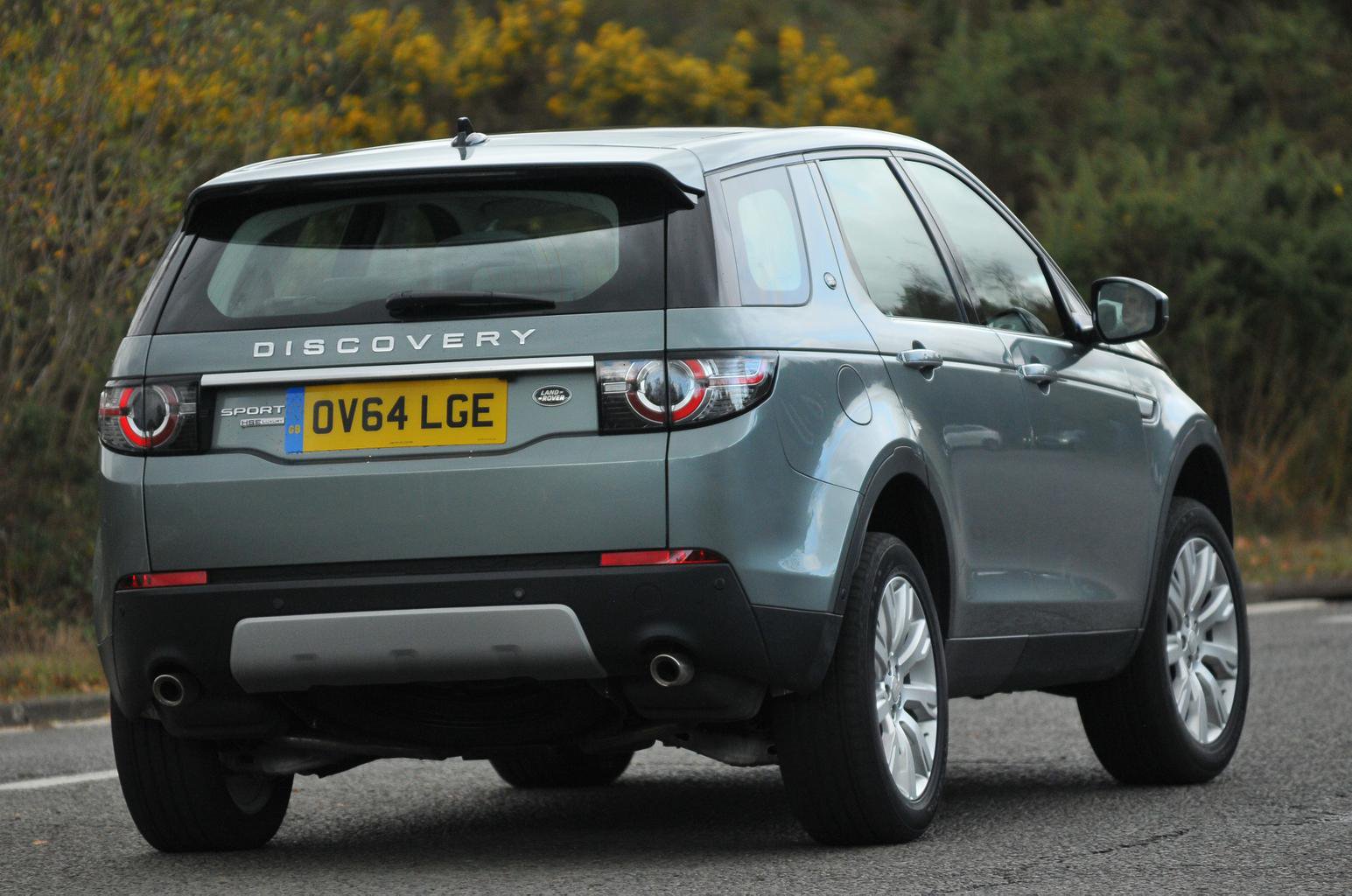 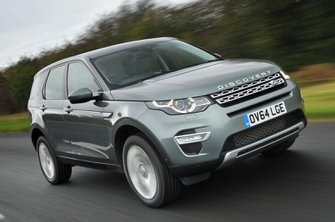