The Audi SQ7’s interior is a world of soft-touch materials and precision-action switches, further enhanced by leather seats, Alcantara door inserts and brushed aluminium trims. The Vorsprung model has a full leather interior package that wraps the dashboard and the insides of the doors in genuine hide.

SQ7s come with an electrically adjustable driver’s seat and manually adjustable steering wheel (an electrically adjustable steering wheel is fitted to the Vorsprung edition). The range of adjustment – which includes an extendable seatbase and four-way lumbar adjustment – makes it easy to find your ideal driving position, while the exaggerated side bolsters of the sports seats hold you firmly in place during enthusiastic cornering. They're comfortable on long journeys, too, while Vorsprung models add a massage function and ventilation in the front, plus heating for the outer rear seats.

The SQ7 features Audi’s latest infotainment system. It uses two touchscreens: a 10.1in screen on the main dashboard to deal with main operations such as sat-nav and music, and an 8.6in screen set below it to adjust the climate control and heated seats. The system is crisp, with sharp graphics, but the fact that you have to look at the screen to find whichever icon corresponds with the function you want to use can make it difficult to operate on the move. That's especially true of the smaller screen as it's mounted very low in the dash, forcing your eyes well off the road. The BMW X7 M50i’s iDrive system with its rotary controller is far less distracting to operate.

Audi’s Virtual Cockpit is standard, replacing conventional analogue dials with a 12.3in digital screen. As well as the speed, engine and fuel data you'd expect, it can show detailed sat-nav maps and infotainment information where they're easy to see. Vorsprung goes further, adding a crisp head-up display that presents sat-nav instructions and speed readings right in your line of sight.

As you might expect, the Audi SQ7 comes with sat-nav and Bluetooth, but you also get high-speed 4G internet access and services including Google Street View and Twitter, as well as live weather, news and travel reports. 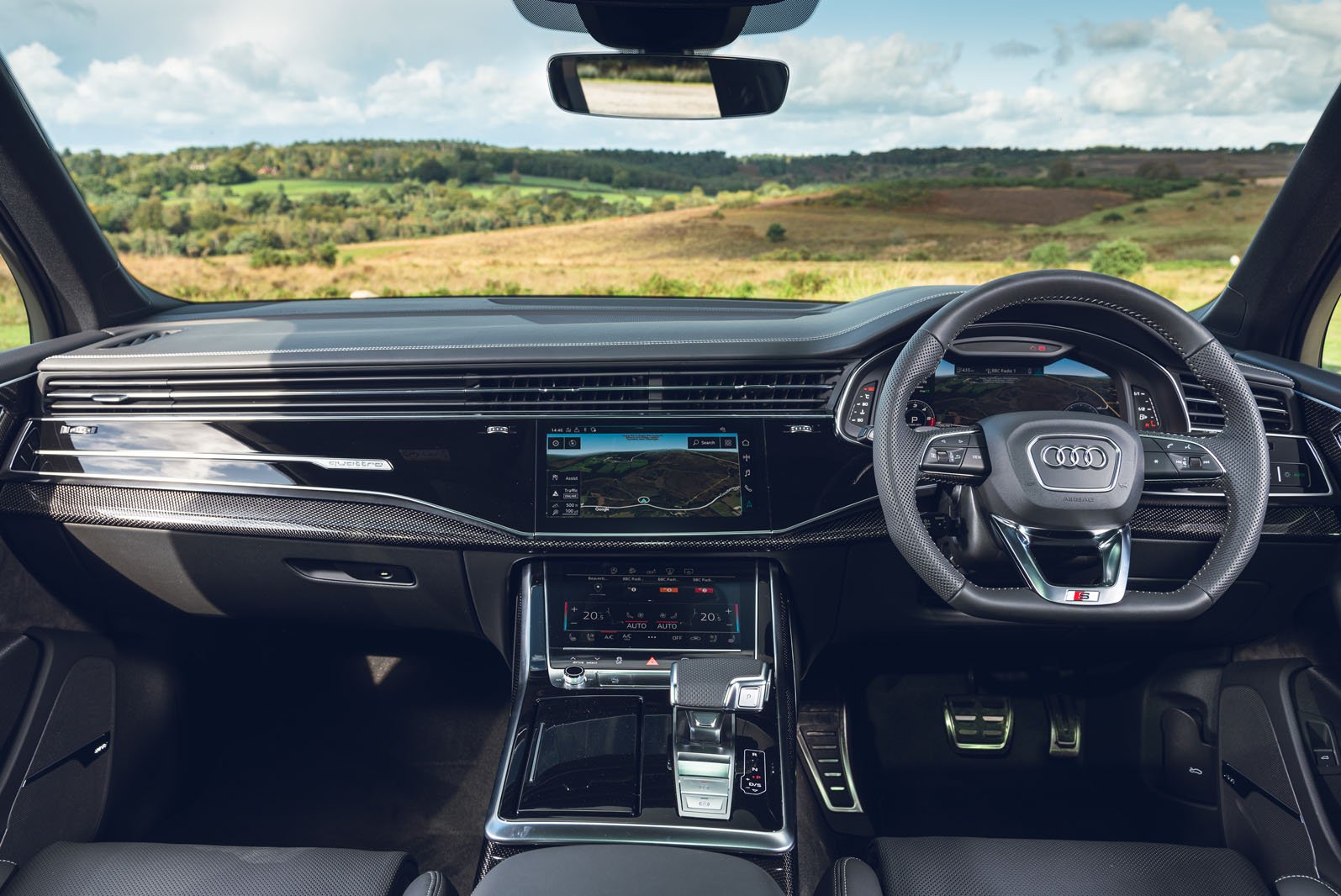