There’s certainly enough space for tall adults. If you’re extremely long-legged, you might wish the driver’s seat slid as far back as that of the Z4, but the chances are that you’ll be more than comfortable. The TT Roadster’s interior width also helps you to feel less hemmed in than you might in other sports cars.

The door pockets are pretty small, but there’s a handy covered cubby in front of the gearlever, plus a decent-sized glovebox. The single cupholder between the seats is deep enough to securely hold a drink when you're cornering or braking. There’s another one right behind it, hidden under a lid.

The TT Roadster is a strict two-seater, and space behind the seats is minimal, amounting to a small cubby in which you can stow your wallet, a set of keys and a mobile phone to keep them out of sight. Two-seat rivals such as the Z4 are similarly short on versatility; those looking to carry more than one passenger will have to look at four-seat convertibles such as the Mercedes C Class Cabriolet, which costs only a little more. 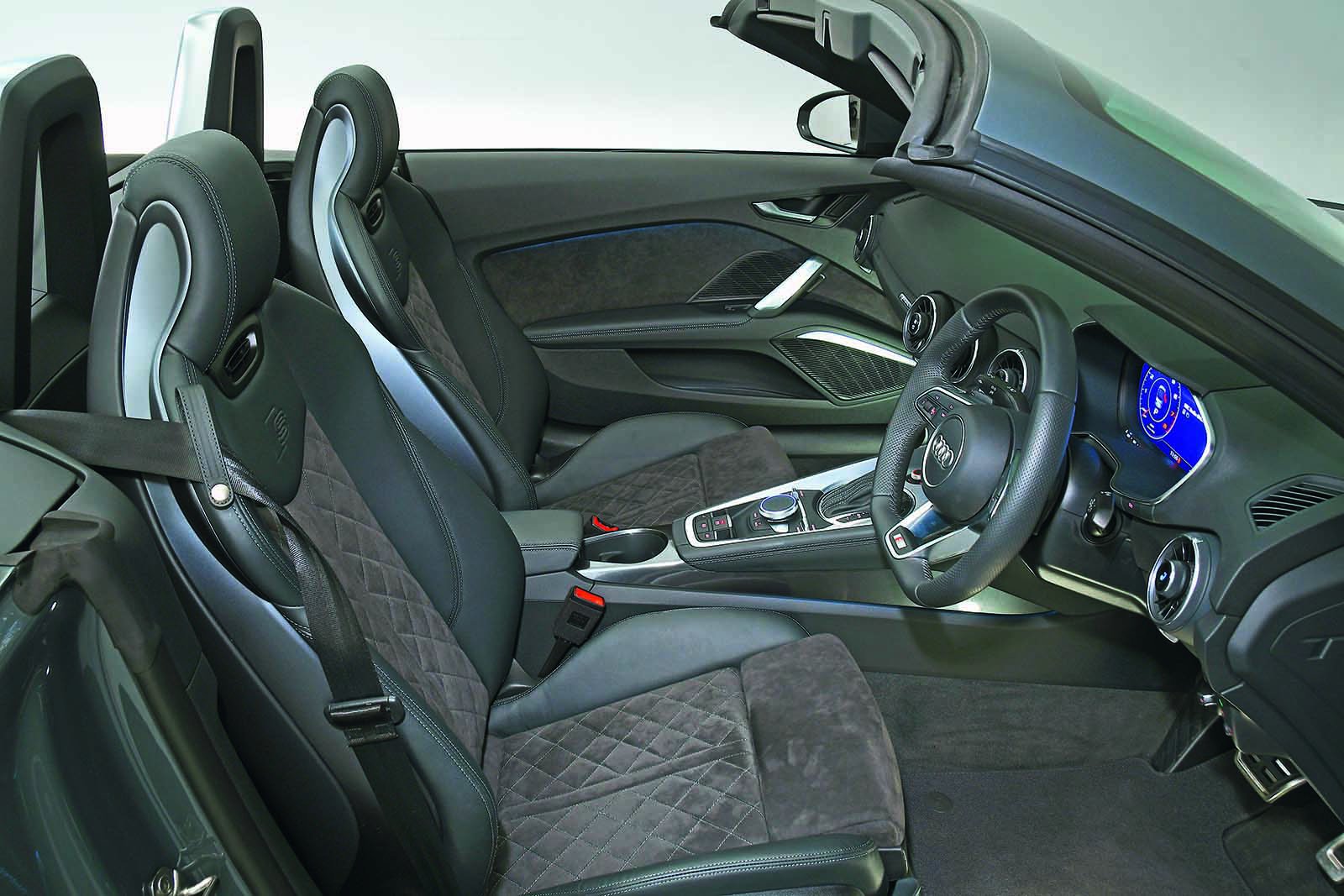 All versions get height-adjustable seats, while S line, TTS and TT RS models also offer electrically adjustable lumbar support (it's optional on Sport trim). Fully electric seats are a pricey option on all models, but we wouldn’t bother paying the extra, given how easy the TT’s seats are to adjust manually.

The TT Roadster’s boot is quite a bit smaller than the fixed-roof TT’s and has a fairly small aperture. And while its load bay is relatively broad and square, it’s also rather shallow by roadster standards. Carrying the weekly shopping won’t present any problems but accommodating anything tall will. A set of golf clubs is also out of the question.

Overall, the Z4 beats it for not only usability but also sheer capacity, and, as with the TT Roadster, its total volume is unchanged whether the hood is up or down.