Years ago, you knew where you stood with BMWs. If you wanted an extremely competent compact executive saloon you bought a 3 Series. If you wanted that, but wanted to show the world at large what a sporting person you were, you bought the two-door coupe version. If you really wanted the world to know how gifted you were behind the wheel, you bought an M3, the original versions of which were two-door only, but which by 1994 had become available as a practical four-door saloon too. Practical it might have been, but no one would ever think it dull, with its fat tyres and huge wheels and bulging arches.

A few years ago, though, BMW changed course, and if you wanted a two-door M3 in cut-short coupe form, you had to buy what was now called the 4 Series - in full-on, mega-power form it was called the M4. If you wanted your super-sporting M3 as a four-door, though, it soldiered on as the M3. In practice there was little to choose between the two, other than the number of doors, with both sharing the same engine and chassis components and set-ups.

However, anyone looking for a seriously quick and astonishingly capable sporting saloon on the used market should look no further than the M3. Under its purposeful bonnet is a fire-breathing twin-turbocharged 425bhp inline six-cylinder engine, and from new there was the choice of six-speed manual or seven-speed dual-clutch automatic gearbox, the latter of which offers lightning-quick changes and is the quicker car on paper, too: the 0 to 62mph sprint can be dispatched in a mere 4.3 seconds. Opt for a car that came fitted with the Competition Pack and you'll get 20in alloys, track specific springs, dampers and anti-roll bars, a black chrome quad exhaust system and an improved audio system.

There is only the one trim level, and it’s handsomely equipped. Standard equipment includes dual-zone climate control, electric heated memory seats, a DAB radio, sat-nav, Bluetooth and USB connectivity. In fact, most of what you need, and a lot of what you want, is included as standard in the M3.

On the road, that powerful engine translates into some stunning performance figures, as mentioned, and its response to the pedal makes it truly exhilarating to drive. It sounds great, too, from the outside, even if it is rather rough-sounding from the inside. You’ll have no qualms when it comes to cornering, too, with immense levels of grip, terrifically enjoyable handling and super-responsive and well-weighted steering. The M3 is an agile and adjustable delight to drive, with a suspension that can be made firmer when you’re driving harder, and very little body lean in corners. The flip-side is the BMW’s ride is firm, but it’s also tolerable for a car of its ability. There’s lots of road noise at motorway speeds, however, so long drives can become a little tiring.

There’s plenty of space, too, at least up front. Taller passengers in the rear behind a tall driver might be short of leg room, but on the whole this is a roomy four-door car capable of carrying four in comfort. The boot is the same size as the standard car’s, so can easily manage the sort of luggage you might need for a family holiday.

If you're interested in buying a used BMW M3, or any of the other cars mentioned here, check out our used car classifieds site here. 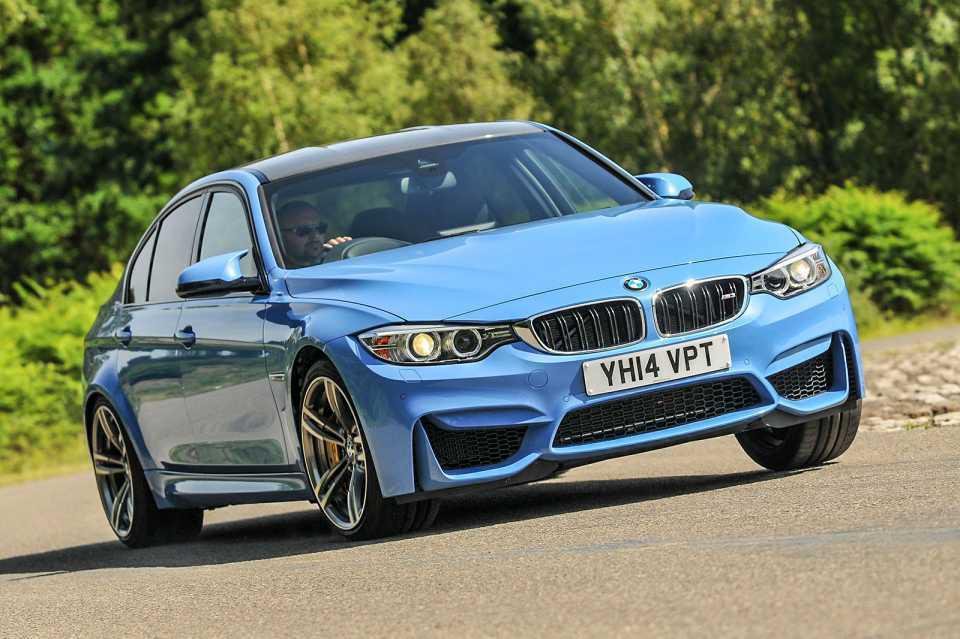