A Complete Guide To Van Security

" Looking for increased van security and peace of mind? Then check out our top tips for keeping your van safe and secure."

Looking for increased van security and peace of mind? Then check out our top tips for keeping your van safe and secure.

Vehicle crime was up 2% in the year to March 2019, according to the Office for National Statistics, and the theft or unauthorised taking of a motor vehicle subcategory rose by 8%. That's worrying news for anyone with a set of wheels, but it's particularly concerning for van owners and operators. If they're suddenly gone, it's a big cost to the business - both financially and in terms of time and hassle - and then there's the value of whatever was in the back. Our guide to van security will help to keep your vehicular and handheld tools of the trade safe and sound.

It's often said that no one pays attention to alarms, but it takes nerves of steel to press on with a theft if one starts blaring. The majority of new vans will be fitted with an alarm and an immobiliser - an electronic device that deactivates the engine unless the ignition key is present - and they should ideally meet UK security body Thatcham's standards.

Some aspects of van insurance - such as third party and fully comprehensive - are the same as with cars, but it's important to buy the right policy to cover the job the van will be used for, including whatever it's carrying in the back.

If it's going to be doing deliveries then you need goods in transit cover, while products that belong to somebody other than the van's owner or operator require hire and reward insurance. Public liability cover protects a business if there's an accident involving a member of the public or someone else's property. 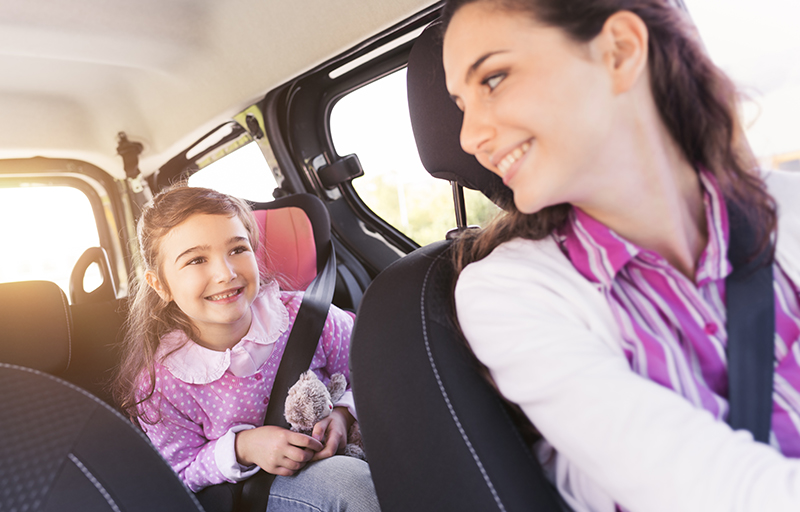 A vehicle door lock isn't exactly space-age stuff, but you can take it one step further to boost the security of your van's cargo. A slamlock system automatically locks the door when you close it, so there's no fear of leaving it unsecure by accident. Deadlocks are manually operated, but they keep the door locked with a single bolt and they're far more difficult to pick than a conventional lock.

While it doesn't secure the van itself, a catalytic converter lock may also be a worthwhile addition. Catalytic converters are part of the exhaust system, so they're located underneath the vehicle, and parts of them are made from valuable metals. That renders them an obvious and easy target for thieves, so a dedicated lock can help to keep them where they belong.

GPS-based tracking systems have a solid record of tracing vehicles after a theft and leading to a quick recovery. They won't necessarily stop criminals in their tracks, but they can quickly point the police in the direction of the absent van to get you back on the road as soon as possible. Some operators that use the systems advertise their presence with a sticker or decal on the exterior of the van, which can be enough to make crooks think twice.

5. Keep a record of the van's contents

It's a simple step but keeping a detailed record of the equipment or cargo in your van can improve security. While it doesn't necessarily stop thieves from acting, watertight organisation can help to identify if and when contents have gone missing - and it can deter opportunists who know the vehicles and their contents well.

Some van operators with particularly pricey equipment use innocuous marking systems such as UV pens to tag their valuables, which can sometimes be registered to a central database. These sorts of initiatives are also useful if you need to make a claim on your insurance, as you can quickly provide the company with specific details.

6. Be conscious of where you park

It's common sense but watching where you park can make all the difference. Thieves are not fond of well-lit areas with a heavy public presence, even less so if it's an enclosed car park or compound with security staff. Self-employed individuals could fit security lights or even a simple CCTV system at their home or workplace, while companies with multiple vehicles can beef things up with more advanced cameras, fences and all manner of other systems.

Most new vans are available with a partition between the load bay and the cab area - or bulkhead - which is another simple but obvious way to improve security. It may or may not be suitable for what the van will be transporting, as you might need a little extra room for long or awkward shaped items, but if you don't need that space then a bulkhead is a no-brainer - if thieves can't see what's in the back then they're less likely to bother with a break-in. The same applies to tinted rear windows.

An internal security box for equipment such as tools is a good secondary measure. They aren't foolproof because they can be physically removed from the van, but they're extremely strong and difficult to get into, so there's little point in stealing them, even if you've already broken into the vehicle. Use them as a de facto mobile toolbox and your kit will also be that bit safer when it's outside of the van.