Despite its steeply sloping windscreen and slightly raised driving position, the Ford Fiesta has plenty of head room for those sitting in the front. That said, we’d resist the temptation to add the optional panoramic glass roof if you’re really tall, because it reduces head room noticeably. Leg room is also good, and there’s enough elbow space for two broad adults to sit comfortably side by side.

There’s a reasonable amount of oddment storage, too, including a pretty accommodating glovebox and an area ahead of the gear lever that’s just about big enough for a smartphone. The door pockets can hold a small drinks bottle and there's a pair of cupholders conveniently positioned between the seats.

Rear space isn't the Fiesta’s strongest suit. A pair of six-footers will fit, with leg room similar to that offered by the Polo, but it's not quite on a par with the Ibiza and nowhere near as roomy as the Honda Jazz.

Head room isn’t quite as generous as in some rivals, either – especially if you go for the optional panoramic roof – and the middle rear seat is quite narrow by class standards. That means that sitting three adults in the back is a bit of a squeeze. 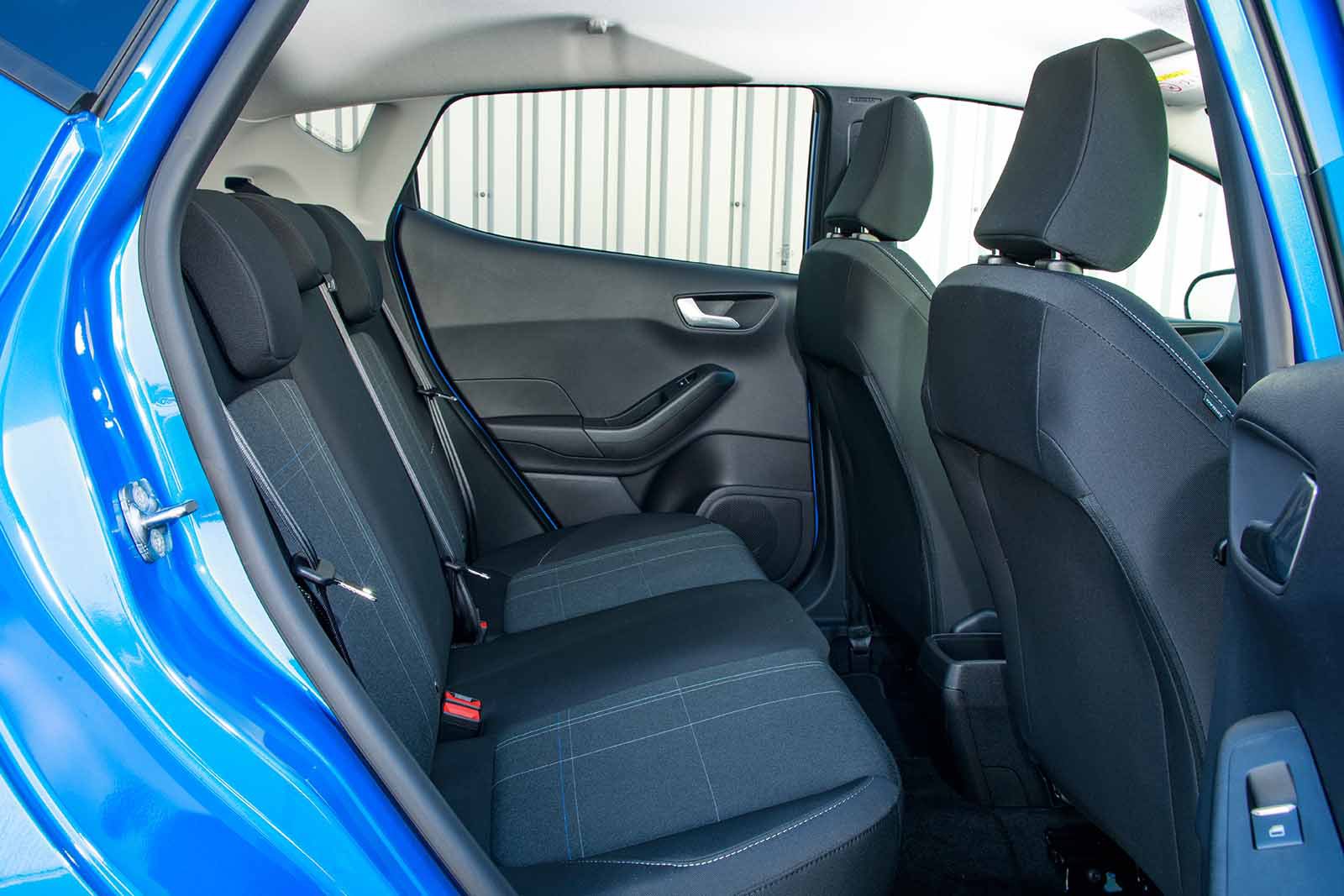 Ford hasn’t given the Fiesta any special seating tricks to make its interior more versatile. All models get a simple fixed rear seatbase with a backrest that splits 60/40 and folds down – that’s par for the course in this class. The Jazz has much more versatile rear seats, with seat bases that flip up to get tall items onboard with no drama, such as a pot plant.

Front passenger seat height and lumbar adjustment is offered only from the posher 'X' trim levels.

Need a big boot? Well, we managed to fit five carry-on suitcases below the Fiesta's parcel shelf, and that isn't at all bad. That said, you will find more space in the boot of a Polo, Ibiza or Jazz.

Dropping the rear backrests leaves an annoying step in the floor of the Fiesta’s extended load bay, and Ford doesn't offer a height-adjustable boot floor to iron that out.