If you’re hoping for a delicate driving experience, the Mustang Convertible isn't the car for you. In keeping with its brawny image, its steering wheel requires a bit more muscle to turn than the Audi A5 Cabriolet's, and the front wheels are slower to react to your steering inputs.

However, while the Mustang doesn’t dart into bends as eagerly as an A5 Cabriolet or a Mercedes C Class Cabriolet, it has plenty of grip once settled into a corner. You even get a reasonable amount of steering feedback filtering up to your fingertips. Push too hard and you'll feel the nose of the car gently running wide of your intended line, although if you’re too greedy with the power on the way out of corners, there’s actually more chance of the rear sliding – especially in the wet. Still, it's more fun than frightening when that happens.

With the optional MagneRide adjustable suspension fitted, the Mustang Convertible does a good job of controlling its body movements as you brake, turn and accelerate – no mean feat, considering that even the lightest model weighs nearly 1800kg. Ride comfort is also reasonably plush if you leave the system in Comfort mode. The standard suspension isn’t as impressive, the ride suffering on crumbling urban roads. On such rough surfaces, you'll also notice the body shimmy and shudder, highlighting the reduction in stiffness that was brought about by dispensing with the Fastback’s solid metal roof.

The entry-level, 2.3-litre turbocharged Ecoboost engine is very flexible, pulling hard from around 1500rpm, and acceleration doesn’t tail off until you hit 5500rpm, so it feels effortlessly quick. The 5.0-litre V8 feels even mightier, but you have to be prepared to work it hard before it feels as rapid as 444bhp would suggest. How much harder? Let’s just say it does its best work beyond 3500rpm and hits its peak output at a heady 7000rpm.

It's well worth the effort, though. We prefer the V8 for its thunderous noise and the rabid performance it delivers – performance that's entirely appropriate for a car with this kind of road presence. What's more, while the engine is a joy to work hard, the standard six-speed manual gearbox (which is also standard with the 2.3-litre engine) is slick and has a meaty, mechanical feel that’s totally in keeping with the Mustang Convertible’s character. We also love the Brembo brakes that come as standard on V8 – they’re not only more powerful than the standard brakes, they also have plenty of feel and don’t get tired after prolonged use.

The optional 10-speed automatic gearbox is less impressive. It's a bit jerky when parking and has a habit of switching between ratios indecisively on the move. Happily, steering wheel-mounted paddles allow you to take full control when you want to, just be prepared that you will need to pull the downshift paddle several times when braking into corners or overtaking.

With the roof down, you can just about hold a conversation at 70mph, but there is a fair amount of buffeting compared with what you’ll experience in an A5 Cabriolet. When the roof’s up, it also doesn’t block out wind or road noise as effectively as the A5, but engine noise quickly fades into the background, mostly thanks to a long top gear. This also keeps the revs right down (on the V8, at least) when you’re on a motorway cruise, resulting in surprisingly reasonable fuel consumption (more on that later). 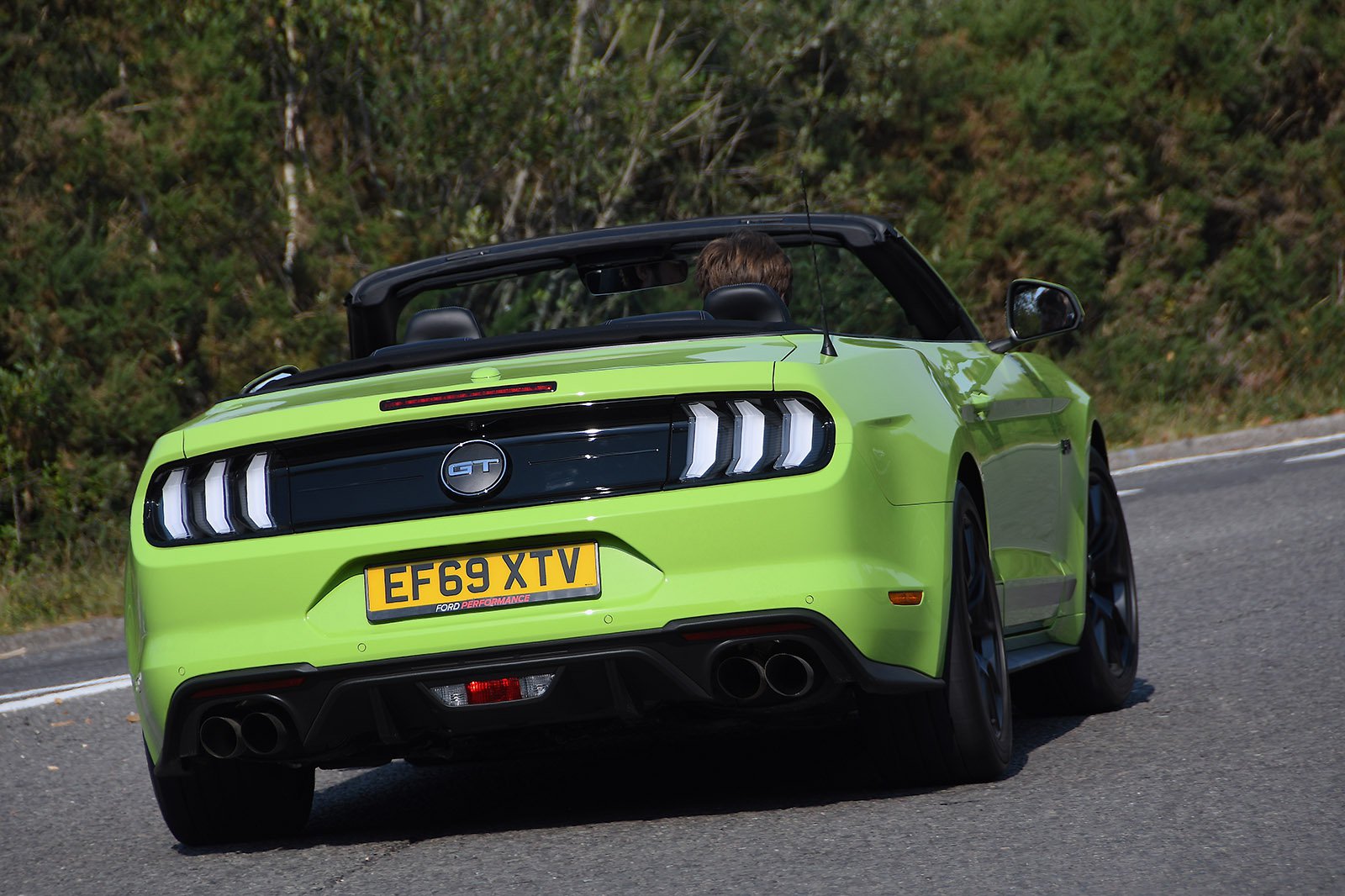