What used Jaguar XJ saloon will I get for my budget?

The good news is you can put yourself in the driving seat of an XJ for around £8000. The bad news is this car would probably have covered well over 100,000 miles. Better by far to spend around £10,000. This would buy you a 2010 car, probably the 3.0 diesel V6 version, with around 100,000 miles on the clock and a full service history, from an independent dealer.

How much does it cost to run a Jaguar XJ saloon?

Taking the current 3.0 diesel V6 first, the most economical version returns a claimed combined 40.4mpg under the old official NEDC calculations. This equates to a CO2 emissions figure of 185g/km. Older versions of the same engine actually claimed a figure slightly higher: 49.6mpg and 149g/km. Expect only a claimed average 24mpg from your supercharged 5.0 V8, and a slightly more respectable 31mpg from the 3.0-litre petrol-engined cars.

Annual car tax (VED) is based on CO2 emissions, if the car is registered before April 2017, so expect fairly high bills for the petrol-engined cars. From April 2017 the XJ will pay a flat rate of tax annually, currently £145 a year, but all XJs will also attract the supplementary luxury tax for cars costing over £40,000 new, which currently stands at £310 a year.

Insurance costs are fairly high, as you might expect for so expensive and luxurious a car, with even the 3.0 diesel sitting in the top group 50.

Servicing costs are a little pricier than rivals’, so it’s worth finding out whether the car you’re looking at is already covered by a pre-paid servicing package. If it is, you might not have to pay for any services until it’s five years old. If it isn't, your XJ will be eligible for Jaguar’s fixed-price servicing scheme once it hits three years old, although even then it won’t be as cheap to maintain as its rivals. 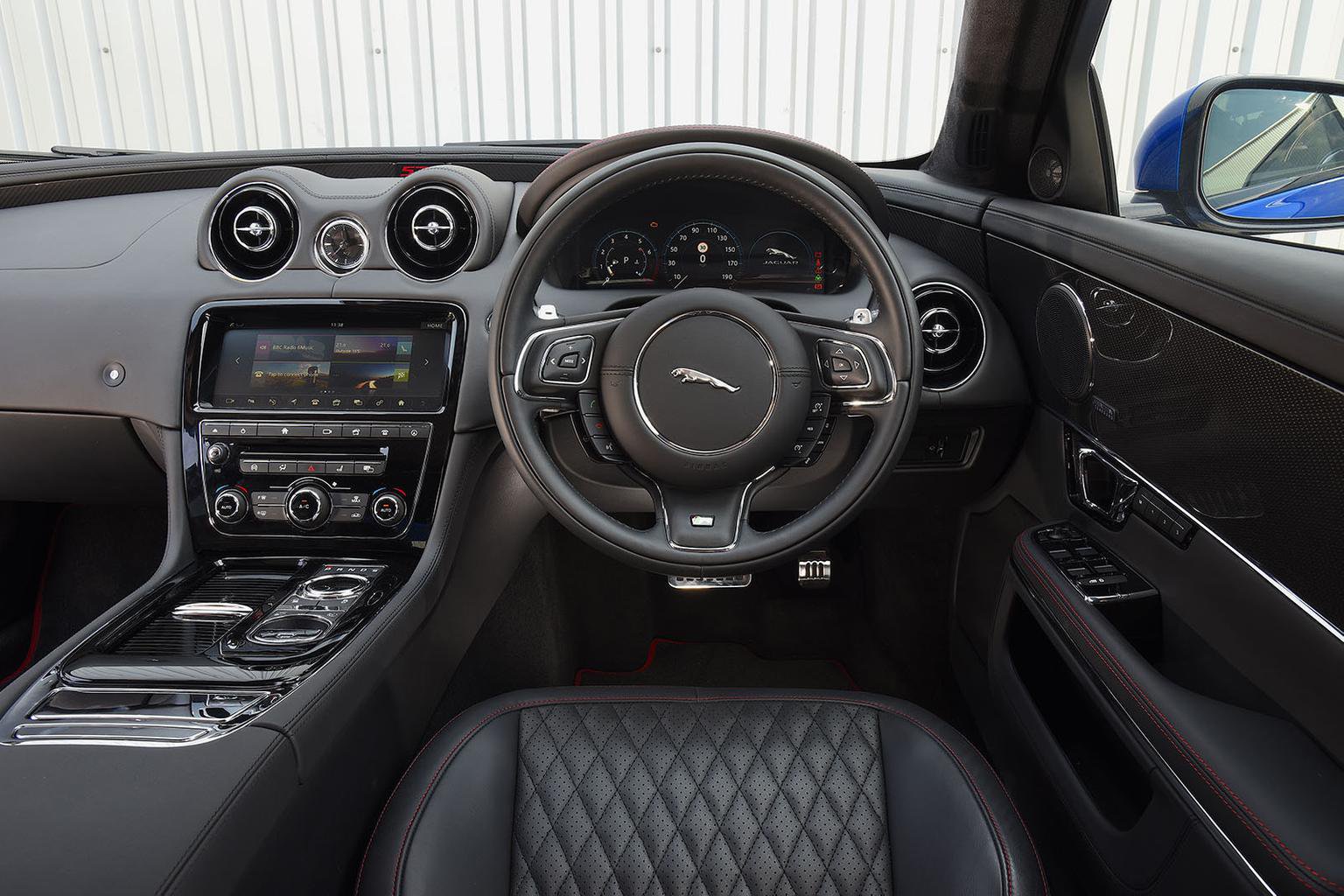