Some people thrive on the unexpected; that frisson of excitement that comes with discovering that all is not as you thought it should be. Such people will like the Kia Stinger, a sharply styled, large and handsomely equipped rear-wheel-drive sporting grand tourer made by a South Korean firm once upon a time known for their solid but uninspiring hatchbacks and SUVs.

The Stinger sat above the Optima saloon in Kia's range, so its targets were the slightly more opulent five-door coupés that sat in the next price bracket up, such as the Audi A5 Sportback and BMW 4 Series Gran Coupé. That's brave: any car taking on the full might of the German motor industry is going to have to cut the mustard both in the showroom and on the road, whether bought new or used.

Out on the open road, it’s fair to say that some versions of the Stinger impress, even in such exalted company. The 2.0-litre petrol feels sluggish at low revs but is brisk enough when you rev it hard, although it sounds rather bland. Still, that’s better than the 2.2 diesel, which sends vibrations through the controls at around 1500rpm and becomes crass and boomy as you progress further up its rev range. Things do settle down on the motorway, but not by much.

The best version is the exciting 3.3-litre GT S. It’s effortlessly quick, with the 0-62mph sprint being completed in just 4.7sec, and it can waft its way up to a supercar-rivalling top speed of 168mph. It’s smooth and responsive, and it sounds great, too. This is an extremely potent and relaxing long-distance cruiser, with all that power going through the same slick eight-speed automatic gearbox used by other variants of the Stinger.

Approach a corner and the Stinger won’t let you down. Its steering is precise and accurate, while body roll is well suppressed. There’s plenty of grip, especially in the GT S, and the car's rear-wheel drive handling is nicely balanced and extremely entertaining. The ride quality is good, too; only over jagged surfaces does the Stinger get a tad jiggly.

Inside, the driving position is spot-on. There’s plenty of adjustment in the seat and steering wheel and you sit low, so it immediately feels sporty. The Stinger may be a long car, but visibility isn’t a problem, and it has front and rear parking sensors and a rear-view camera as standard. 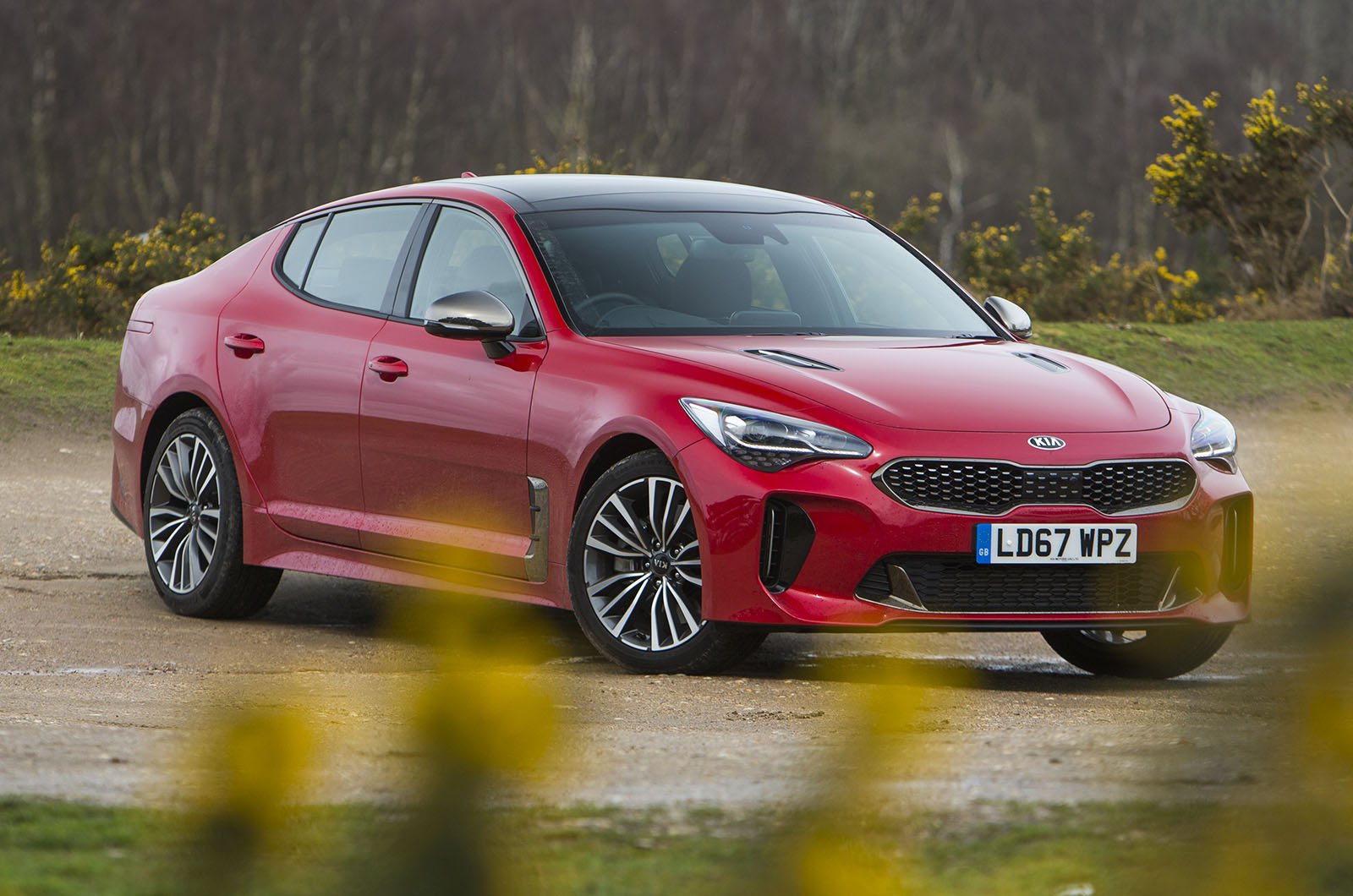