Most 720S Spider owners will drive their cars on a track from time to time, and when they do, they’ll find that it’s savagely fast – faster than the Lamborghini Huracan Spyder, and a match for Ferrari's F8 Spider.

The 720S is helped by clever technology, such as 'active aerodynamics' which allow the various wings and ducts to self-adjust to aid high-speed stability and cornering grip.

And instead of regular electronic stability control to tame the power, it has Variable Drift Control, which allows you to floor it out of a corner and make the car slide in (relative) safety.

Not much more than a decade ago, the fastest production cars ever built had less power than the 720S Spider, yet McLaren has put that power into a remarkably manageable package.

On the road, it really is no harder to drive than a Porsche 718 Boxster, with the pedals and steering feeling perfectly weighted, and phenomenal mid-rev shove in reserve to make overtaking effortless.

Meanwhile, the ride is as absorbent as in some executive saloons, despite the 720S’s massive wheels; no rival supercar gets close to this level of comfort.

The 720S, then, is a pleasure to drive at any speed and in any environment. And unlike some previous McLaren’s it sounds great, screaming as you close in on the redline, and making you think a firecracker has gone off in the exhaust when you change down under braking.

Indeed, one of the main reasons for choosing the Spider variant over the coupé is so you can drop the roof or lower the rear screen so there’s less of a barrier between you and the engine.

As a bonus, there’s minimal wind buffeting when the roof is down, and the 720S Spider is pretty refined with it up, even though the wide tyres do generate some road noise. 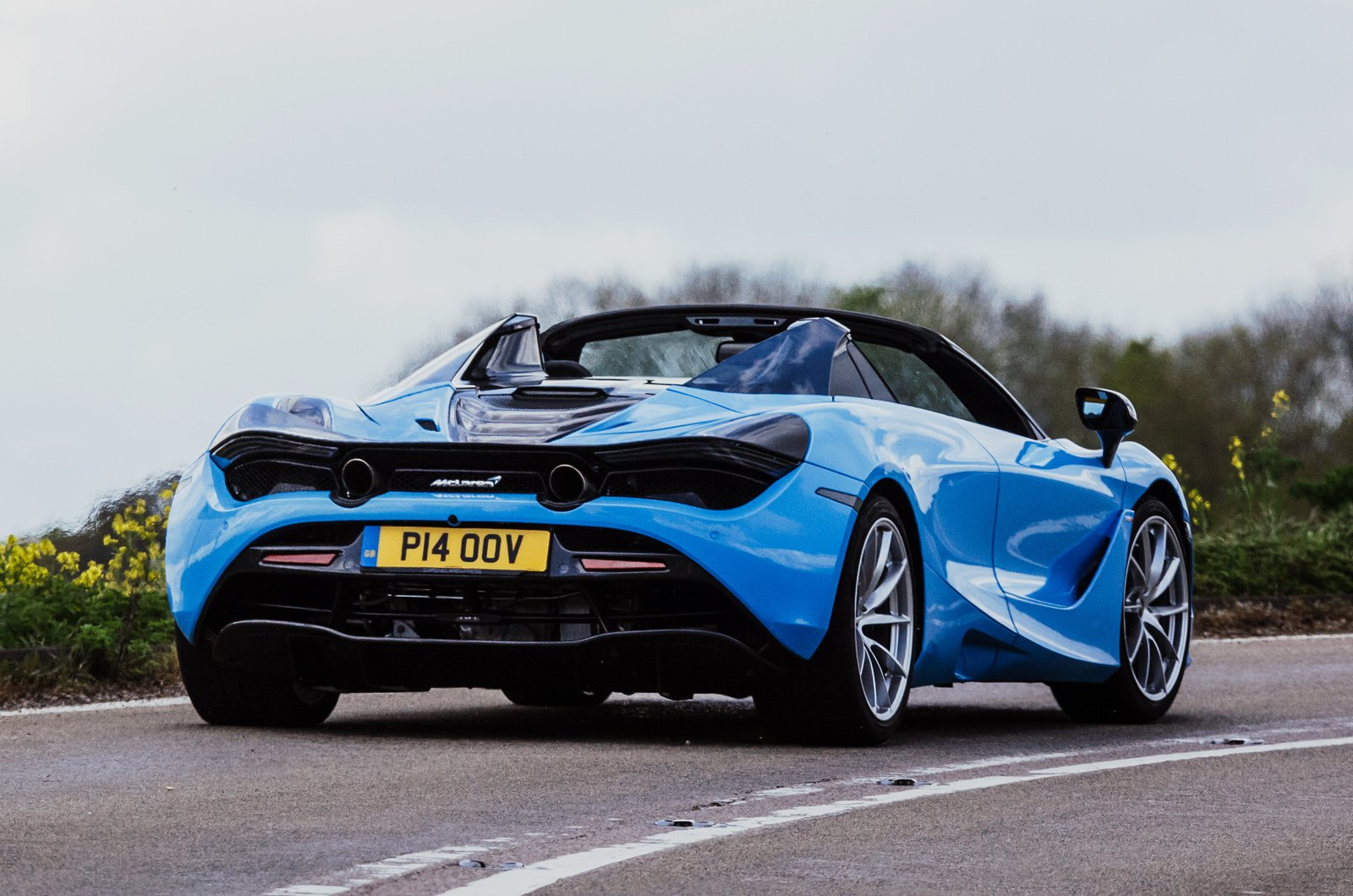