Both variants of the GT Roadster come with a switchable performance exhaust as standard. This guarantees a hearty roar when accelerating and, in the more extreme driving modes, plenty of pops and bangs when flicking down the gears. It's more enlivening than the 570S Spider's V8, although the Porsche 911 Cabriolet's flat six and the Audi R8 Spyder's V10 sound just as purposeful and less exaggerated.

With 569bhp, the GT C feels ridiculously quick in a straight line. Believe it or not, though, both the Audi R8 Spyder Performance and McLaren 570S Spider still manage to be half a second quicker than its 3.7sec 0-62mph time. So, ardent speed-freaks might consider jumping up to the even more powerful 577bhp GT R for a bigger buzz, but at 3.6sec from 0-62mph, even that's not as quick as the quickest competition.

Is it comfortable? Well, potholes and abrupt surface changes cause the suspension to thud a bit, and a BMW M8 Convertible would isolate you better, but the GT rides most bumps quite well if you leave the standard adaptive dampers in their softest setting. It helps that there’s little sign of the body flex that so often afflicts convertibles.

Appealing though the engine's noise is when you’re having a blast, on the occasions when you desire settling back into a relaxed cruise, it's still there. And on coarse motorway surfaces GT Roadster's beset with plenty of tyre roar; but then again, so is a 911.

With the roof down at 70mph you’re well protected from wind buffeting. The roof is electrically operated, takes 11sec to raise or lower, and can be operated while driving at speeds of up to 30mph, which is useful if there’s a sudden downpour. You also get Mercedes’ Airscarf system, which blows a steady stream of warm air onto the back of your neck, making top-down winter driving more viable. 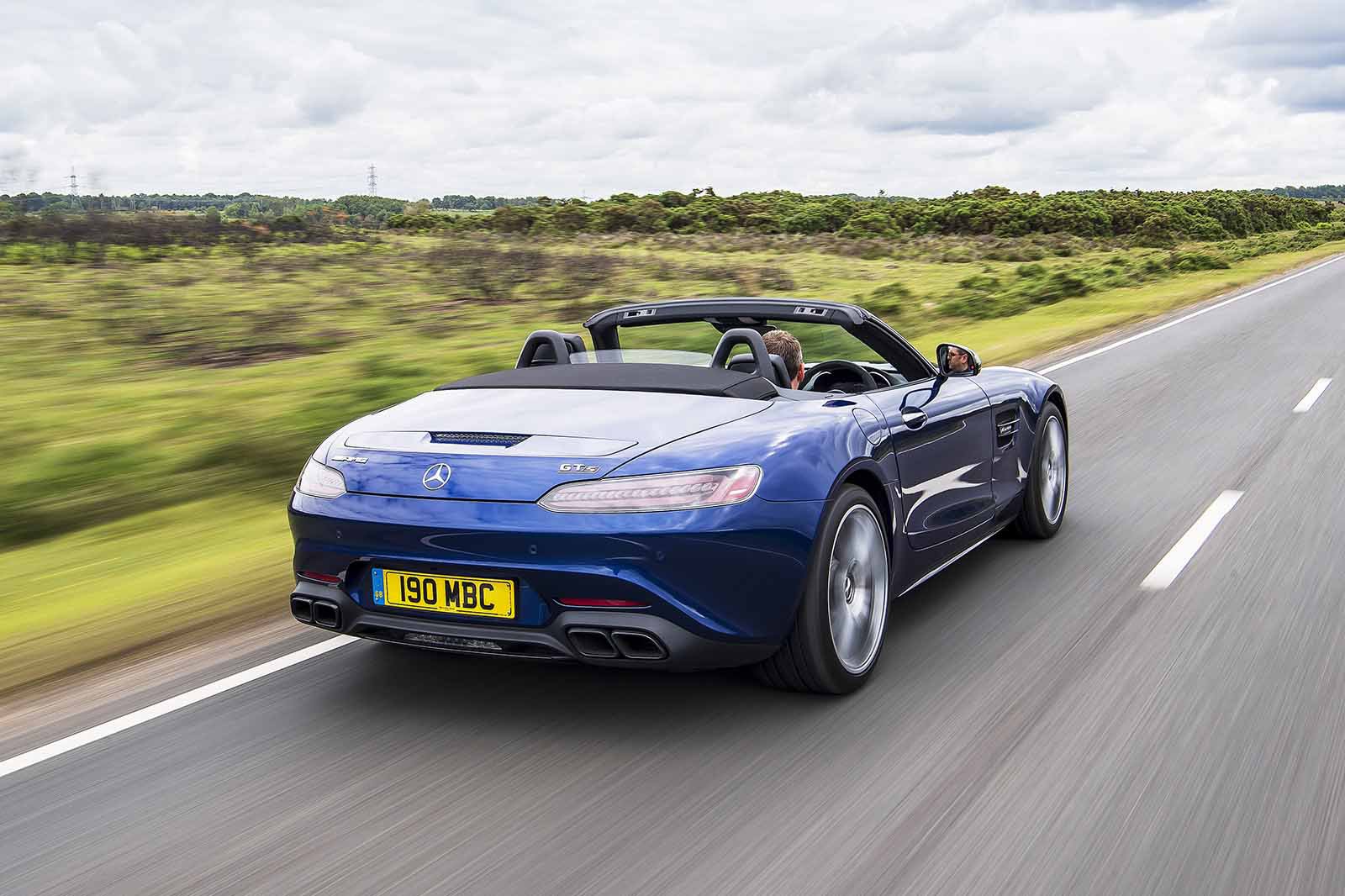