Outlander PHEV brochure prices are competitive by class standards. However, if you hanker for range topping Dynamic Safety trim, just be aware that it breaches £40,000: the barrier beyond which the UK’s premium car tax is levied. It's also worth noting that like other plug-in hybrids, the Outlander PHEV is no longer eligible for government grants for electrified vehicles.

The PHEV can travel short distances on electric power alone and should be cheap to fuel if you use it mainly around town. That advantage will rapidly fade when you make longer trips, though, when the petrol engine will do most of the work. Although its official fuel economy and electric range look remarkable on paper, expect them to be much lower in the real world.

Service intervals are fairly short at 12,500 miles or 12 months, though, and the Mitsubishi servicing plan – fixing the price of the first three scheduled services – is worth considering, but it isn’t as cheap as plans offered by many rivals.

Mitsubishi as a brand performed admirably in our 2019 Reliability Survey, finishing 13th out of 31 manufacturers. However, the Outlander PHEV itself didn’t particularly shine, finishing down in 10th place out of 11 models in the hybrid category. Thankfully, the PHEV gets a comprehensive five-year/62,500-mile warranty, which should quell any concerns about battery life and electric motor problems. There’s also a 12-year anti-corrosion warranty and three years’ pan-European roadside, home and accident assistance. 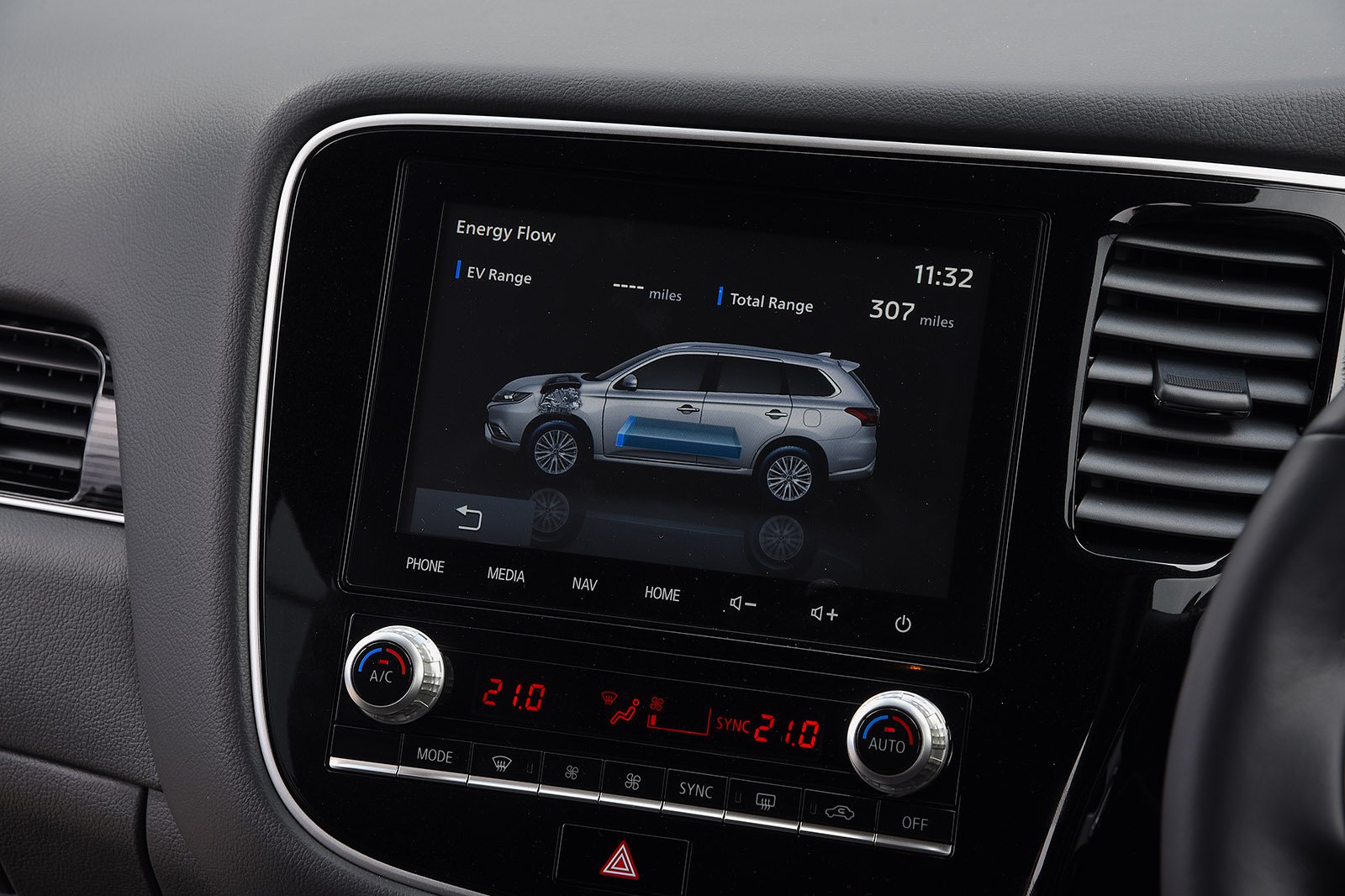