Survey the serried ranks of large premium SUVs in any car park and you’d be forgiven for thinking we’d all gone a bit conformist. In the UK, the big three premium manufacturers – Audi, BMW and Mercedes – dominate the market, meaning it can be hard to find a smart used SUV that stands out from the crowd. But if that’s exactly what you’re after, the Lexus NX might just be your thing.

Not only is it not made by one of the big premium brands, but it’s also not your usual box-shaped off-roader, with eye-catching swoops and slashes from its prow to its tail. And, in contrast to most SUVs, there’s no diesel version available, with Lexus electing instead to offer a hybrid model in the form of the NX 300h. In fact, there were only two engines options available, the other being the turbocharged, petrol-powered NX 200t, although even this was phased out in 2016 due to poor sales.

The short-lived S model, which was the cheapest in the range before it was axed at the same time as the NX 200t, gets dual-zone climate control and sat-nav, but it is only available with two-wheel drive; SE adds four-wheel drive and heated front seats. Luxury trim gives you leather seats and parking sensors, while F Sport features a more aggressive mesh grille and LED headlights. F Sport Premier offers a head-up display and an upgraded sound system, and the range tops out, slightly confusingly, with Premier, which gives you extra safety equipment, a heated steering wheel and ventilated front seats.

The petrol NX is certainly potent, but it's marred by a sluggish six-speed automatic gearbox. Mind you, the chances are you’ll be choosing the hybrid version, since it’s far easier to find. It, too, feels rapid away from the line, but any sort of aggressive accelerator use results in a scream from the engine, due to the CVT gearbox. In fairness, treated more gently, this does result in seamless acceleration with no gearchanges and, if you drive like a saint, the NX is pleasingly quiet because it spends some of its time in electric-only mode.

The NX's ride, too, can be smooth and usually feels relaxed when cruising along at high speed. Around town, though, it can be upset by smaller, sharper ruts, which send a shudder through the body. Expansion gaps on concrete sections of motorway have a similar effect.

Fancy a more spirited drive? Well, not only will you have to put up with that engine noise, you'll also have to live with the NX’s uninspiring handling. It feels very nose-heavy and tries to push on ahead if you corner too quickly. Then, when you can get it turned in, you’ll find the body leans over quite a bit, and if you’re trying to make sense of it all, you’ll get little help from the steering, which feels remote and uncommunicative. A BMW X3, or even an Audi Q5, is much more enjoyable to drive.

Inside, there are problems, too. The infotainment screen‘s controls are a nightmare to use and the menu system is intricate and complex, so you’ll soon find yourself avoiding them unless you absolutely have to. Some of the buttons used to control the heating and ventilation are a little fiddly, too. At least the seats are comfy.

The NX’s narrowness means interior space isn’t as good as its best rivals. Up front, you don’t feel too cramped, but in the rear seats, squeezing three adults abreast is going to cause plenty of shoulder-rubbing. Mind you, if you only have to carry two in the back, the flat floor means they’ll each get plenty of leg room, while the reclining seats are a nice touch. In the boot, things are better, with a decent-sized space that’s sensibly shaped, and with a raised floor that means you can slide things in easily. 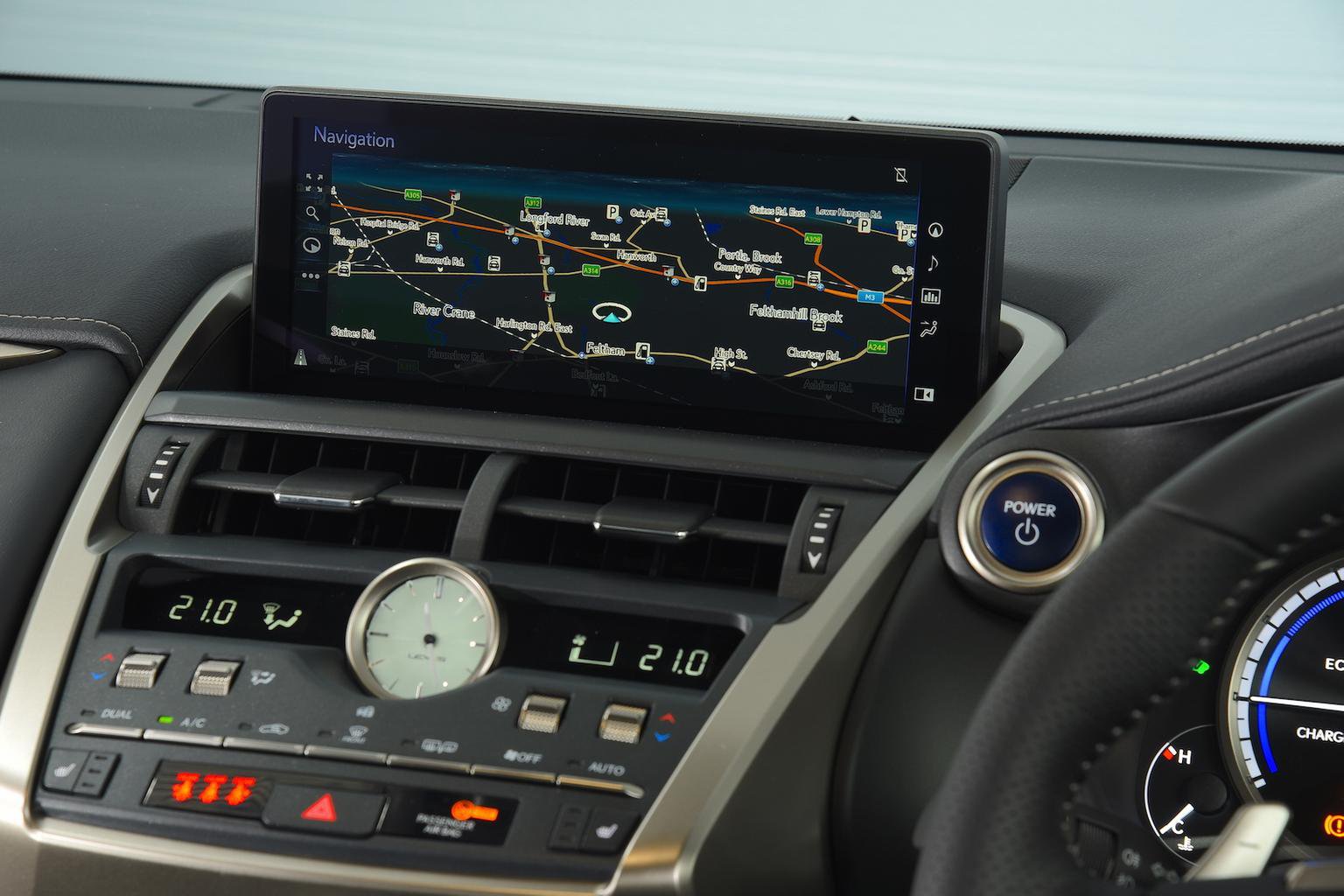