Despite being powered by a combination of two battery-driven electric motors and a conventional four-cylinder 2.4-litre petrol engine, the PHEV actually feels remarkably ‘normal’ to drive. There's no need to change gear – just a seamless delivery of power; the onboard 'brains' deciding when the electric motors should either contribute to your progress, and when they should turn themselves into generators to recharge the battery.

That said, Mitsubishi has also fitted switches to the centre console that allow you to make those decisions for yourself; you can dictate when to recharge the batteries, when to use electric drive only and when to ensure all four wheels are being driven. The battery-save mode is particularly useful if you commute into a city, as you can use the petrol engine on the motorway (‘saving’ your charge) and then switch to electric power once you enter a low-emission zone.

Refinement is impressive at low speeds, especially when the electric motors do all the work of moving the car. And, because the car can travel at speeds of up to 84mph in its fully electric mode, most commutes can be done without waking up the petrol engine. However,  if you plan on driving the car at motorway speeds for extended periods of time, just be aware that the car's claimed 28-mile electric-only range will fall very quickly. It’s better to limit pure electric running to trips around town. It’s also worth noting that, for a plug-in hybrid, the Outlander PHEV isn’t all that quick. Put your foot down and 0-62mph takes a rather sluggish 10.5 seconds; the 2.4-litre petrol engine making quite a racket in the process.

The Sport driving mode (which can be selected via a button on the centre console) sharpens the car’s throttle response and adds weight to its steering, but doesn’t make the PHEV any more engaging to drive. Even under full acceleration, the PHEV fails to deliver the kind of effortless pace you’d get from a traditional diesel engine, or from a more modern plug-in hybrid set-up such as that found in the Vauxhall Grandland X Hybrid4 (for reference, the Hybrid4 can complete the run from 0-62mph in just 5.9 seconds).

The same goes for the Outlander’s handling. It feels less agile than the Volvo XC40 Recharge or the Audi Q5 55 TFSIe, leaning in faster corners and not steering with the accuracy we’ve come to expect from the latest crop of SUVs. This is a car that’s at its best when wafting along at a relaxed and comfortable pace.

But surely the PHEV’s soft suspension results in a more supple ride than that of sportier rivals? Well, yes and no. At higher speeds, the PHEV does a reasonable job of dealing with a wavy road surface, but sharp abrasions such as expansion joints and potholes send jarring impacts through the interior around town. 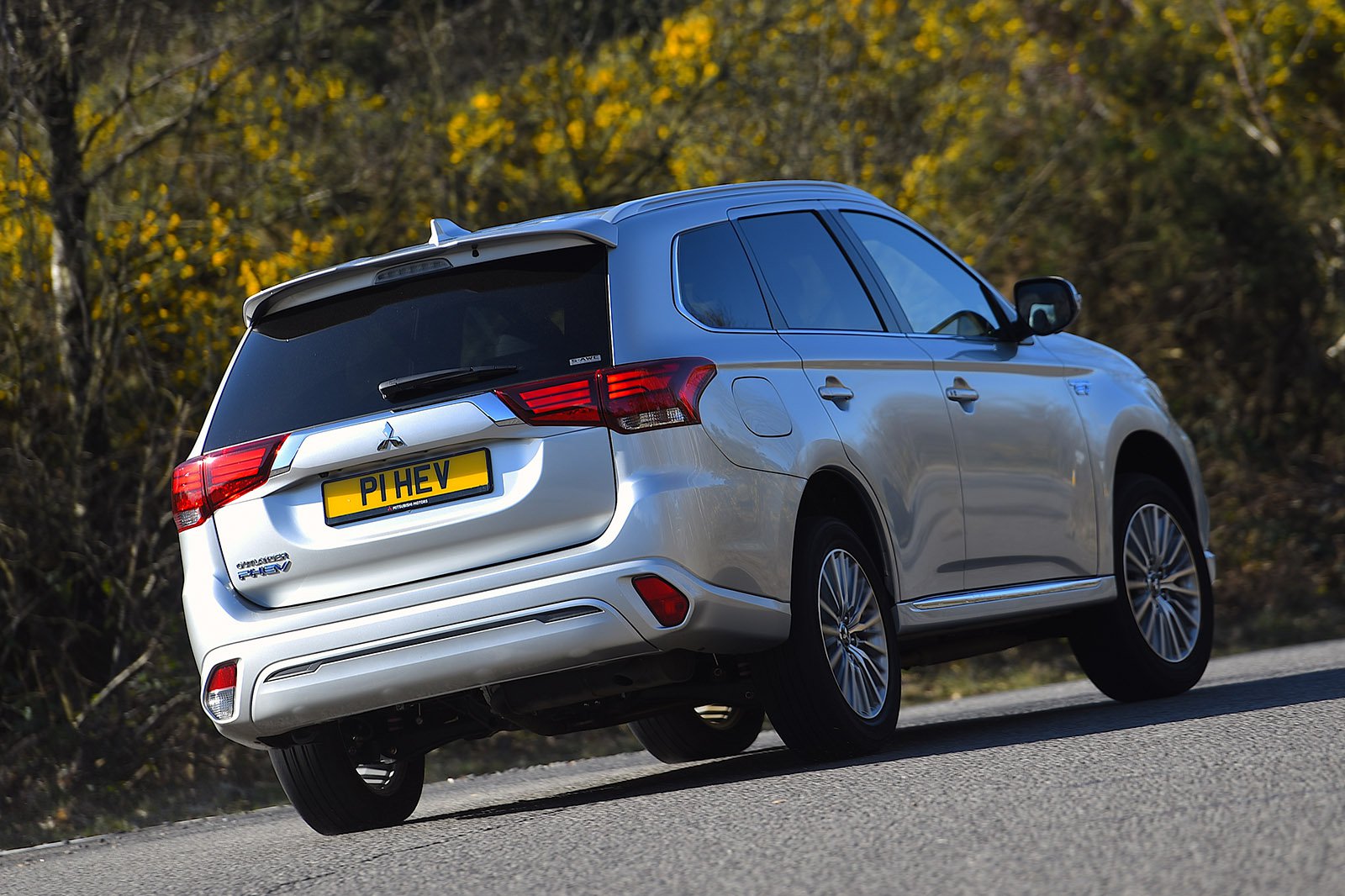 The VW Golf GTE us quick, quiet and comfortable, and makes goo...