We ride in the face-lifted Ford Focus ahead of its UK launch in September... 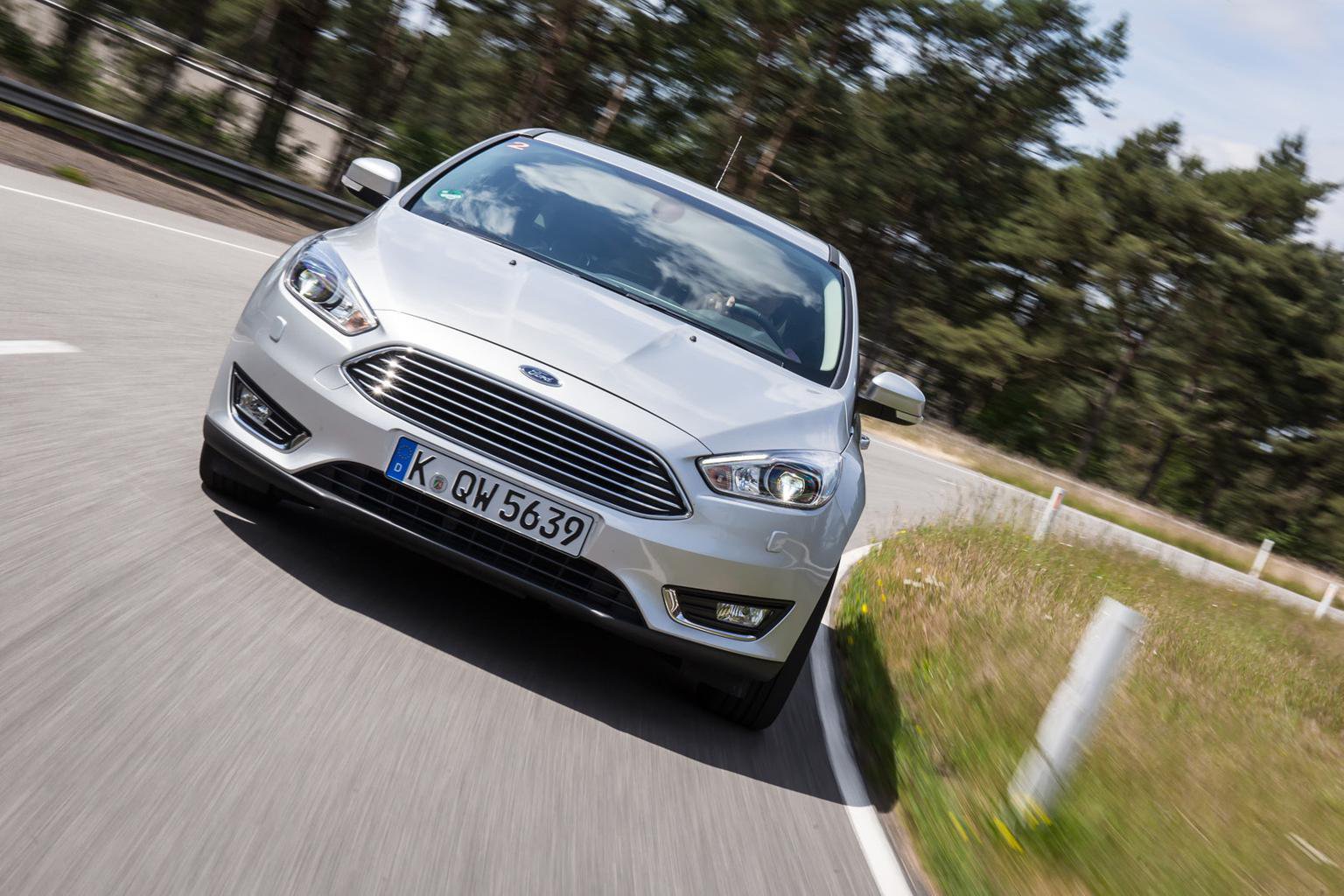 Britain’s best-selling family hatch is set to undergo some major revisions later this year, and we’ve been given the chance to sample a few of those changes from the passenger seat.

The 2014 Focus gets the new Ford family face that already features on the Fiesta, along with a range of new turbocharged 1.5-litre petrol and diesel engines that offer similar power to the old 1.6s they replace, but with claimed 6-8% improvements in fuel economy and CO2 emissions.

The existing 99bhp and 123bhp 1.0-litre Ecoboost engines remain unchanged, although a higher-powered 138bhp version will join the range.

Ford also claims to have improved ride quality and refinement, while the Focus’s steering has been tweaked with the aim of making it respond more quickly when you turn in to corners.

There’s even a brand new infotainment system along with several new safety aids, including one that warns you of passing traffic when you’re reversing out on to a busy road.

The best thing about most Fords is the way they drive, and there’s only so much you can gauge about that from sitting in the passenger seat.

However, we can tell you the new 148bhp 1.5 petrol engine is strong and smooth, pulling from around 1800rpm and revving willingly beyond 6000rpm.

Under gentle acceleration it’s surprisingly hushed, too, but put your foot down and it produces a deep growl not unlike the current Focus ST hot hatch. This is partly due to a clever system called a ‘sound symposer’, which amplifies the throaty induction roar of the engine.

We experienced the new Focus alongside an equivalent version of the existing model, and although Ford claims the ride has been improved, the differences seem marginal. That’s no bad thing, though, because the Focus has always been one of the most comfortable cars in its class.

It remains slightly firmer than a VW Golf, so you’re always aware of bumps passing beneath the car. However, thanks to brilliant damping, the Focus stays composed and in contact with the road, even over the scruffiest of surfaces.

Our brief low-speed route around Ford's Lommel proving ground in Belgium didn’t give us the chance to assess the claimed reduction in wind noise, although there is still a reasonable amount of road noise, especially over coarse surfaces.

The biggest change in the cabin is the new infotainment system, which brings with it a much simpler and more user-friendly control layout.

The new eight-inch touch-screen won’t be fitted to all versions, but it's a huge improvement over the mobile phone-inspired interface on the current model. True, some of the on-screen buttons are a little small, which makes them tricky to hit at a glance, but the handy shortcuts in the corners of the display make it easy to switch between functions.

Otherwise, things remain unchanged, which means the driving position is superb, thanks to the well laid-out pedals and a wide range of seat and steering wheel adjustment.

The boot remains small, though, and cabin quality is still no match for class leaders such as the Skoda Octavia and VW Golf.

It’s clear that most of the Focus’s virtues remain intact, while the improved infotainment system and reduced running costs from the new engines add even more appeal to Britain’s best-selling family hatch.

We look forward to getting behind the wheel to see if Ford’s claimed improvements to the steering stack up, but even if they don’t the Focus will remain one of the best-driving cars in its class.

However, it will also remain one of the least practical, and its interior – while undoubtedly more user-friendly than before – still feels a bit low-rent compared with that of many similarly priced rivals.