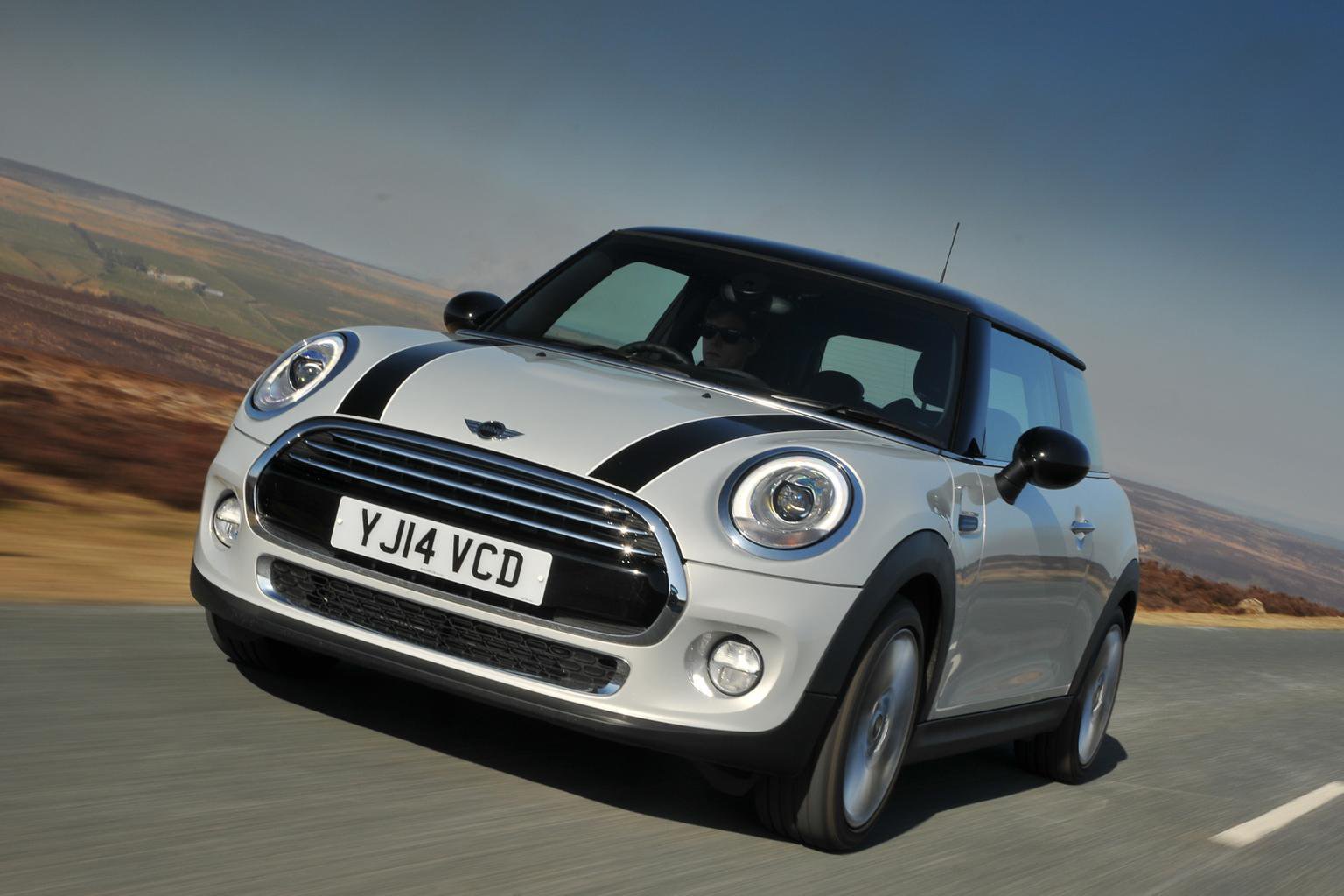 It might not look that different from the car it replaces, but this is the all-new Mini Cooper.

The third incarnation of the 'new' Mini is designed to be more grown-up and easier to live with than any of its predecessors, without losing the agility that’s always made the Mini such great fun to drive.

Prices have risen by around £400 over the outgoing model, but this extra cost is largely offset by additional standard kit and a range of more efficient engines, which promise better fuel economy and lower tax bills.

We tried the regular Cooper model first, which is the first car to get BMW’s newly developed three-cylinder petrol engine.

The 134bhp 1.5-litre turbo is a real gem, pulling strongly across the rev range without any of the annoying steps in the power delivery that often characterises three-cylinder engines.

It’s also remarkably refined; you feel barely any vibration through the steering wheel or pedals, and a faded offbeat thrum is all you hear unless you really put your foot down.

All this is despite CO2 emissions of just 105g/km – much lower than an equivalent Audi A1 or Citroen DS3 – and claimed fuel economy of 62.8mpg.

The Cooper D is even more efficient, with a CO2 output of 92g/km. The 115bhp three-cylinder diesel engine in this model is also remarkably smooth and hushed compared with the engines in most rivals, and is strong and flexible – provided you don't let the revs drop much below 1700rpm.

Meanwhile, with 189bhp to call on from its 2.0-litre turbo engine, the Cooper S delivers proper hot-hatch pace. True, you have to fight with the steering wheel a bit when accelerating hard as it tends to tug one way then the other, but the engine sounds great and 0-62mph takes just 6.8 seconds.

Less impressive is the six-speed manual gearbox that comes with all Cooper models; it's notchy and doesn't like being rushed. That said, the optional six-speed auto 'box is even worse because it just doesn’t respond quickly enough when you make use of the steering wheel-mounted paddles. It's also rather jerky at low speeds.

The Cooper and Cooper D deliver exactly the sort of playful handling that the Mini has become famous for. Chuck the car into a corner at moderate speeds and it turns in sharply, responding to the quick  – if slight artificial-feeling – steering. However, try to corner hard and the front end will wash wide of your chosen line more readily than you might expect.

This trait is more of a problem in the Cooper S, because its extra pace means you inevitably find yourself barelling in to corners quite quickly, becoming frustrating with the car's inability to put get its power down effectively out of slow corners.

Provided you avoid the optional run-flat tyres and resist speccing big alloys, the Cooper and Cooper D are pretty comfortable. They soften the edges of creases and potholes in the road effectively, and while you are jostled around a little over patched-up surfaces, things rarely become uncomfortable.

The stiffer Cooper S is unsurprisingly a bit more bumpy, but the optional adaptive suspension lets you soften things off when you just want to get where you're going in a bit more comfort.

Refinement is improved over the outgoing Mini, although there’s still some wind and road noise at 70mph.

The previous Mini's interior was full of retro charm, but it was also an ergonomic nightmare. The latest model manages to retain plenty of character but brings a much clearer layout.

True, the dashboard still looks rather higgledy-piggledy, with lots of different coloured and textured materials, but the controls are now more user-friendly.

The air-con system, for example, is more conveniently positioned, while the electric window switches have been moved from the centre of the dashboard to the door armrests, making them simpler to find when you’re driving.

The speedo is easier to read than before, too, because it now sits in a binnacle directly above the steering wheel, rather than in the centre of the dashboard. Even the infotainment system is more intuitive than before – especially if you spec one of the optional colour screens, which brings a rotary controller mounted between the front seats.

Rear space is now better than before – you can carry four adults, although they'll be happiest on short trips.

Boot space has increased to 211 litres, which is still poor compared with the luggage room offered by many rivals – including the Audi A1 and Citroen DS3. However, there are a few practical touches, such as the ability to raise and lower the boot floor (to maximise space or reduce the lip you have to load items over), while the rear seats fold completely flat.

As with the outgoing model, there's a seemingly endless list of options, including sat-nav, LED headlights, adaptive cruise control, traffic sign recognition and a 20GB hard drive to store your music on.

The latest Mini betters its predecessor in nearly every area that matters – it’s bigger, faster, more efficient and has a much improved interior.

Being a Mini, it’s also predicted to hold on to its value extremely well, which makes up for the relatively high prices, while some of the gadgets available put other small cars to shame.

True, there are much more practical cars available for similar money, and it’s a pity the steering isn't a bit more involving. Still, if you’re after something small, fun and stylish, the latest Mini is a great choice – especially in Cooper or Cooper D form.