Can the introduction of a clean yet reasonably powerful 1.2-litre engine send Citroen's C4 to the top of the class? We try it on UK roads for the first time to find out... 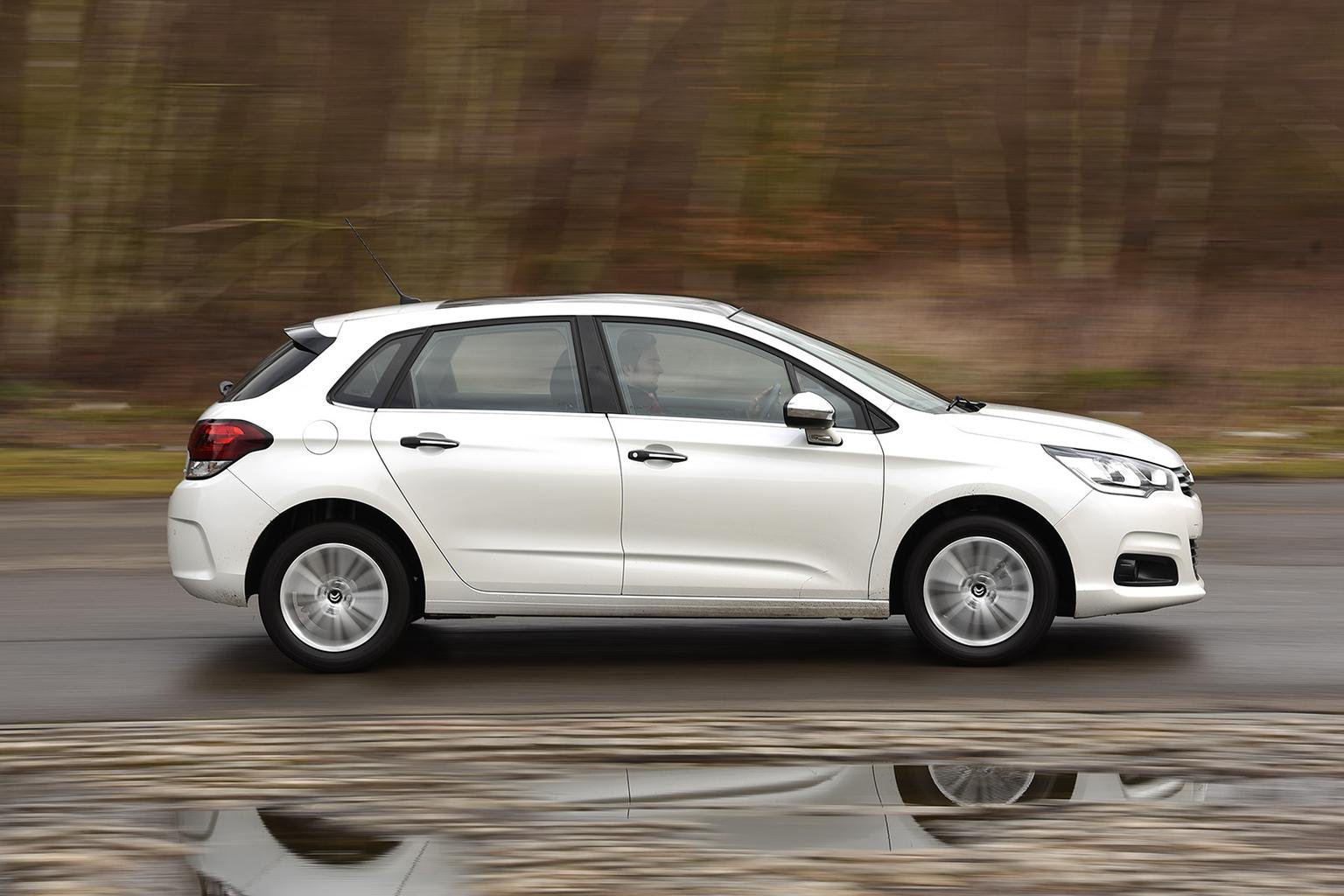 In the UK, we’ve had a long-standing love affair with Citroen, falling for its often quirky design and generous standard equipment. Another draw is undoubtedly its competitive pricing.

The latest generation C4, first launched in 2010, was more conventional than its predecessors. It could no longer rely on being different and needed a breadth of abilities to compete at the top of the family car class and challenge the likes of the Skoda Octavia and Vauxhall Astra for sales.

A mid-life refresh has now been applied along with the introduction of a new entry-level 1.2-litre three-cylinder turbocharged petrol engine mated to a six-speed manual gearbox. We drive it in range-topping Flair trim.

The introduction of Citroen’s new 1.2-litre petrol engine is great news for the C4. It’s punchy, offering good performance and a pleasant three-cylinder thrum under load. There’s enough power and torque on offer to get you up to motorway speeds with ease, but don't expect the same urgency thereafter.

The C4's ride isn't as well judged. It rolls over undulations in a wallowy, yet ultimately comfortable manner at higher speeds, but it becomes crashy and less comfortable at slower speeds in town should the road surface deteriorate.

Not surprisingly, with its soft ride set-up, the C4's handling falls behind that of many rivals. Its steering is fairly accurate, but you don’t get any feedback from the front wheels through the steering wheel. The steering is also too lightly weighted at speed, yet a little too heavy for manoeuvring around town. The C4's body moves around quite a bit during hard cornering, too.

While this current C4 avoids the quirkiness of past Citroens on the inside, with all its switchgear sensibly laid out, it’s a rather bland interior. Hard plastics dominate the cabin and do little to add a premium feel, even if everything feels adequately screwed together.

Our car's 7.0in touchscreen infotainment system proved well positioned, so you don't have to take your eyes off the road for less time when using it. However, it's neither as high-resolution or responsive as the best systems available in this class.

The steering wheel adjusts for reach and rake, and the driver's seat has a good level of adjustment, as well as lumbar support on Flair trim, while there's decent space for the front passengers. Forward visibility is excellent, although over-the-shoulder is slightly obscured by the thick third pillars.

In the back, rear leg room is poor and there is a lack of head room compared with rivals. Children and younger teenagers should be fine, but beyond that, it is only suitable for shorter journeys. A narrow, but tall transmission tunnel means that anyone sitting in the middle seat will struggle to find a comfortable home for their feet.

Even further back, there is a low-level boot lip, which helps loading and unloading, while the boot is generally square and competitively sized. There are also useful storage nets, bag hooks and a 12v socket, plus a full-size spare wheel under the boot floor. While the rear seats fold forward adding extra space, they don’t fold flat to the boot floor, leaving a sizable step.

The family car class is fiercely competitive and contains some highly accomplished cars. This new Puretech model is one of the best in the C4 line-up, offering genuinely agreeable running costs, with official fuel economy of 58.9mpg and CO2 emissions of 107g/km, meaning company car drivers BIK is just 16%.

However, while the introduction of the Puretech engine adds some appeal to the C4, it still fails to deliver in key areas compared with its best rivals, especially in relatively expensive Flair trim.

We would opt for the cheaper Skoda Octavia 1.2 TSI SE instead. It's marginally less clean and efficient, but its lower purchase price offsets much of these costs. It also offers a good equipment list as standard, and the C4 can't hope to match it for space and handling, either.