2016 Volvo V90 pictures leak ahead of its Geneva show debut

Pictures of the Volvo V90 have been revealed ahead of the car's scheduled unveiling... 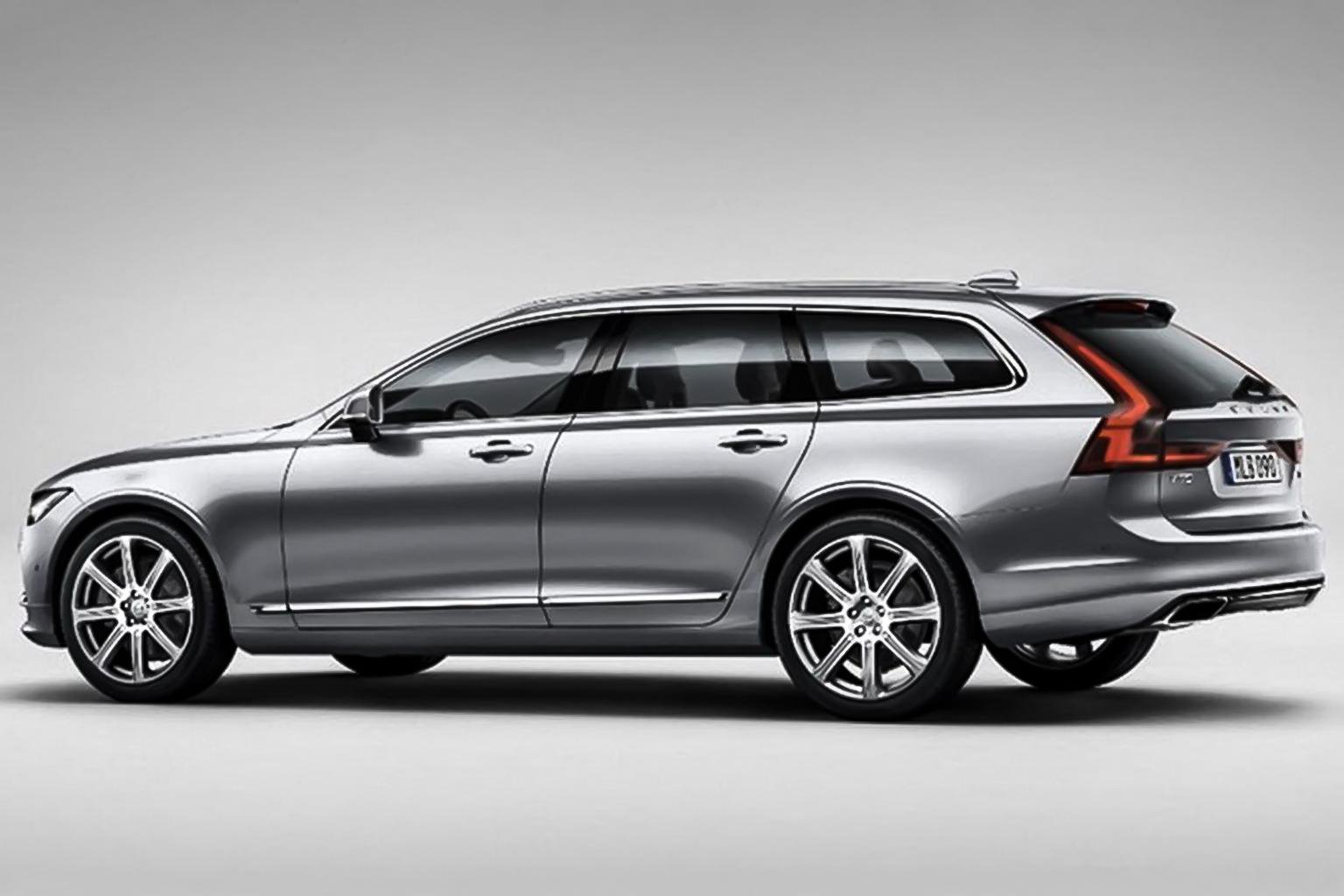 Reportedly official pictures of the Volvo V90 have been leaked ahead of the car being officially shown at the Geneva motor show.

A sloping rear hatch and rising window line give the V90 a modern, somewhat sporting aesthetic, and the rear lights mirror the design of those on the S90 saloon.

This is the second time pictures of Volvo's crucial estate car have been leaked ahead of its release; in 2015, a picture and a scale model of the V90 revealed the model's styling.

The V90 is the estate variant of the S90, which goes on sale in the UK later this year. Prices are expected to start from around £32,000. Rivals will include the Mercedes-Benz E-Class, BMW 5 Series and Audi A6, although Volvo aims to only sell around 2000 S90 units per year, as the brand recovers from a period of flux, and subsequent revival by new Chinese owners, Geely.

Engines will be shared with the S90, with D4 and D5 units at the core of the range, which will later be joined by the T8 twin engine, plug-in hybrid powertrain as seen in the XC90.

Interior styling will be a pivotal part of the V90 and S90; they draw heavily from the interior of the XC90, which has been critically acclaimed since its launch last year. Volvo has also hinted at sporting Polestar variants of the S90 and V90, after acquiring the motorsport sub-brand late last year.

For more details and pictures of the Volvo V90, return to What Car? for its Geneva motor show coverage in March.