A new entry-level petrol engine for the Nissan Micra offers a cheap, low-powered way into the line-up...

It’s not all about power. Well, at least that’s what Nissan is hoping with its new naturally aspirated, 70bhp 1.0-litre petrol engine.

It’s been added to the Nissan Micra small hatchback's line-up as the cheapest option in the range. On the positive side, the new engine has clear financial benefits, but on the negative side, its performance figures are, let's say, modest.

It slots into the range below Nissan's turbocharged 0.9-litre petrol engine and the 1.5-litre diesel, and is available in the three cheapest trim levels: Visia, Visia+ and Acenta.

So, is this humble engine now the pick of the bunch? 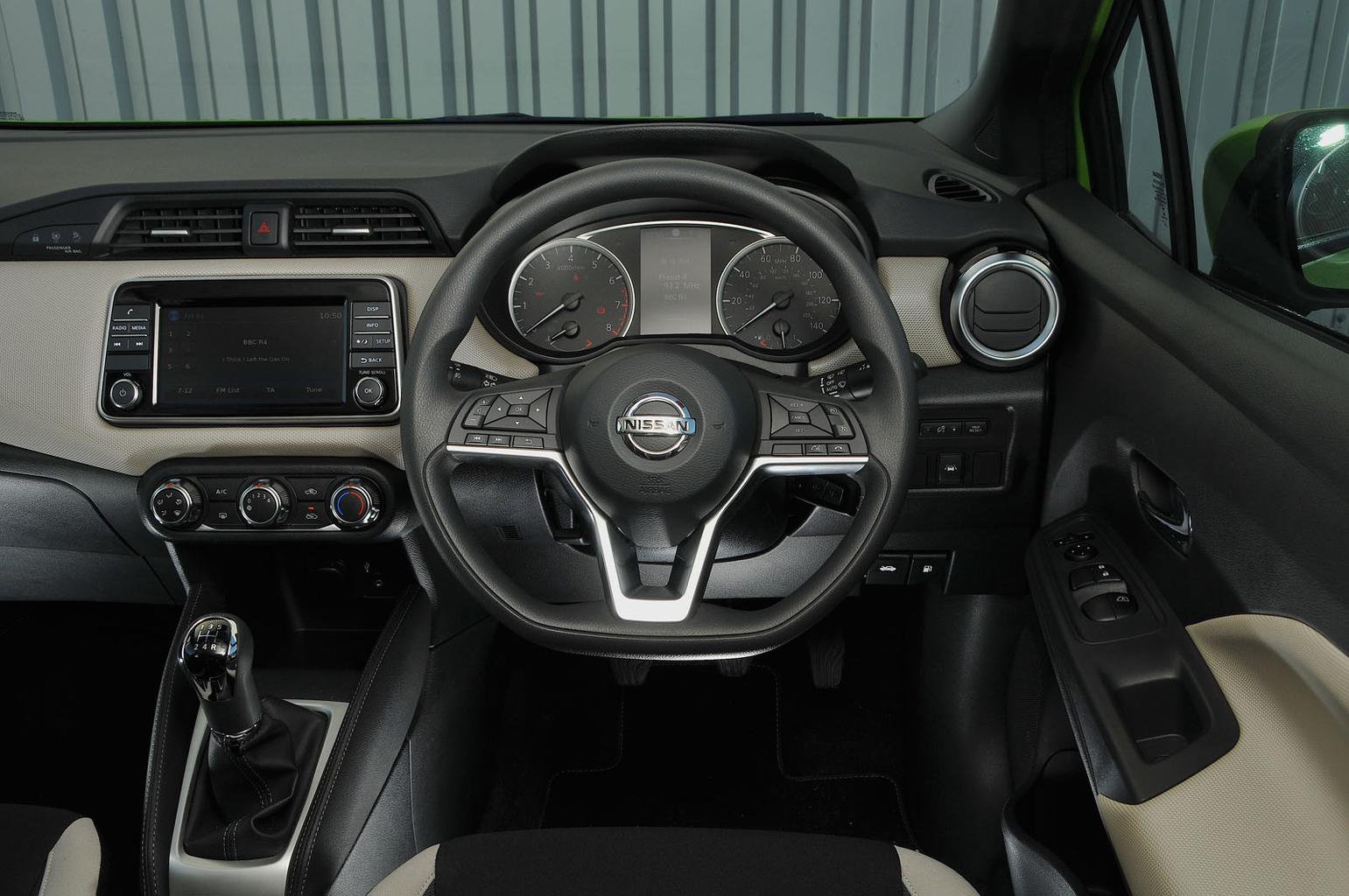 The new engine copes around town, but it certainly never feels quick. The power delivery is flat and lethargic, and even if you just want to keep up with the traffic, you need to drive it fairly hard.

If you venture away from the realms of urban speed limits, performance is, unsurprisingly, a lot more frustrating. After all, the official 0-62mph time is listed as a glacial 16.4sec - the 0.9-litre petrol is more than four seconds quicker.

Another disappointment is the gearbox. Nissan's five-speed manual has one of the longest throws of any small car and is nowhere near as slick as those in the Ford Fiesta and Seat Ibiza. Engine noise, meanwhile, is minimal at low revs, but because the motor needs to be worked quite hard, it often sounds thrashy.

The Micra is the much same in other areas. Its steering is light around town but doesn’t weight up as you’d hope at faster speeds. The ride isn’t as smooth as the Ibiza's or Fiesta's, either, especially in town, where the Micra is more unsettled than those cars.

So, the positives of this engine clearly don’t lie in its performance. Fuel economy figures should be more important. Yet while the 1.0-litre's claimed 61.4mpg and CO2 emissions of 103g/km are impressive in isolation, it's actually the least efficient engine in the Micra line-up, with the diesel and turbocharged petrol engines bettering the fuel economy and CO2 emissions (as well as performance) of the new engine.

The 1.0-litre is, however, the cheapest way into the Micra line-up. It undercuts the turbocharged 0.9-litre by around £1000, and the diesel by twice that. Plus, it’s in insurance group 1, so it will be one of the cheapest of the class to insure. 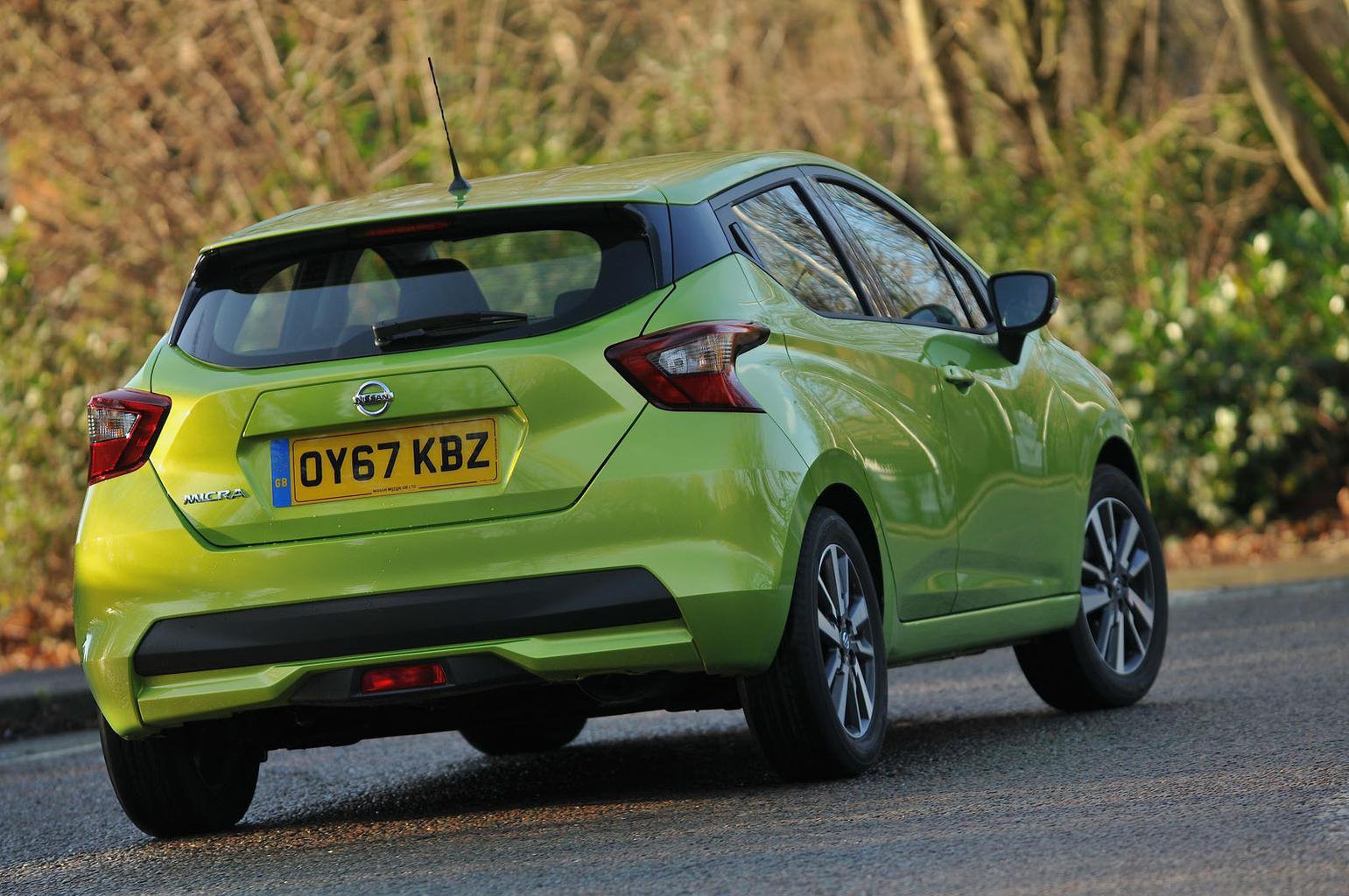 There’s nothing new to report inside for the 1.0-litre Micra. It still offers good room up front but less room in the back than the class best. At least its boot space is more competitive. Full our full breakdown of the interior, read our full Micra review.

Equipment-wise, the 1.0-litre makes more sense the cheaper you keep it. Entry-level Visia trim has the basics – Bluetooth, radio, and decent safety kit – covered, but it provides no luxuries. We’d say it’s worth spending the extra on Acenta to get features such as air conditioning, a 7.0in touchscreen infotainment system, Apple CarPlay smartphone mirroring and cruise control.