Sixth-generation Volkswagen Polo gets more space, technology and quality. Is it a better small car than the Ford Fiesta, Seat Ibiza and Skoda Fabia?...

UK car buyers may be going crazy for SUVs, but small hatchbacks are still big business, and the VW Polo is certainly very important to Volkswagen. Indeed, one in every four cars sold by the German firm in the UK in 2016 was a Polo, so this new, sixth-generation model needs to be good.

In fact, it needs to be much better, because the new Seat Ibiza launched earlier this year has moved the game on, recently stealing the crown of our previous class leader, the Skoda Fabia.

The Polo is off to a good start, because it's based on the same underpinnings as the Seat. As such, it's now a bigger car in all dimensions, meaning more room inside for occupants and a considerably bigger boot. There's also a new range of engines, including five different 1.0-litre petrols - three with turbochargers and two without - as well as punchier 1.5 and 2.0 turbo petrols and two 1.6 diesels. 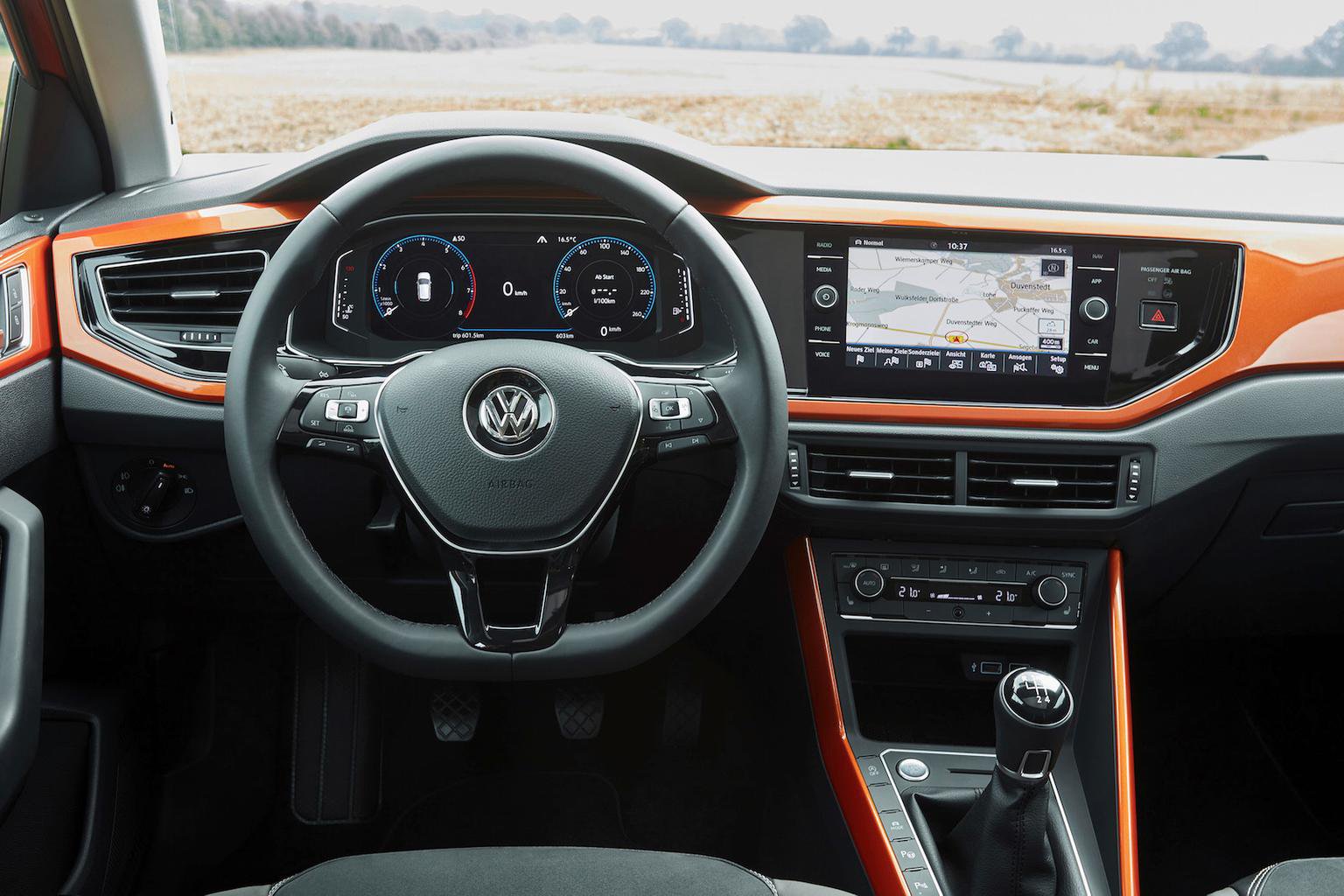 Due to a lack of demand for three-door models, all Polos now come with five doors, while the most popular engine is set to be the turbocharged 1.0 TSI 95 (94bhp) petrol. That's the version we're focusing on here.

2017 Volkswagen Polo on the road

So, does this new Polo take class honours in terms of the way it drives? Well, in short, no; that still belongs to the more agile Ford Fiesta. However, there's a lot to like about the new Polo on the road.

For starters, although it may not be as rewarding to drive as the Fiesta, its steering is precise, its handling is secure and there's plenty of grip, meaning you can confidently thread through a series of corners.

What stands out more is just how comfortable the Polo is, because its suspension takes speed bumps and potholes in its stride, stopping them from crashing through to the interior - even with our test car's relatively large 17in alloy wheels fitted. Then, at higher motorway speeds, the Polo remains stable and smooths away rough surfaces. All told, this Polo is every bit as impressive to drive as the Ibiza.

This turbocharged engine deserves to be the range pick, too. Although 94bhp doesn't sound like much, it easily handles town work, pulling strongly from low revs and willingly revving when you need a turning of speed to dart through traffic. Head out onto faster roads and you'll need to work it harder, but it never feels nor sounds strained, while there's little to no vibration through the controls.

The other thing that strikes you about the Polo is just how quiet it is. Not only is its engine restrained at a cruise, but there's also very little wind or road noise and no clonks from the suspension over bad surfaces.

Volkswagen has vastly improved the Polo's interior, starting with a superb driving position. There's a generous amount of manual adjustment for the driver's seat and steering wheel, visibility is brilliant in all directions and the driver's seat itself provides good support.

Interior space is also superb, with generous room for two tall adults in the front and room for another two behind without their heads brushing the ceiling or their knees being pressed against the front seatbacks. Boot space is now 351 litres – some 25% better than before. That's slightly larger than the Fabia's boot and on a par with the Ibiza's. 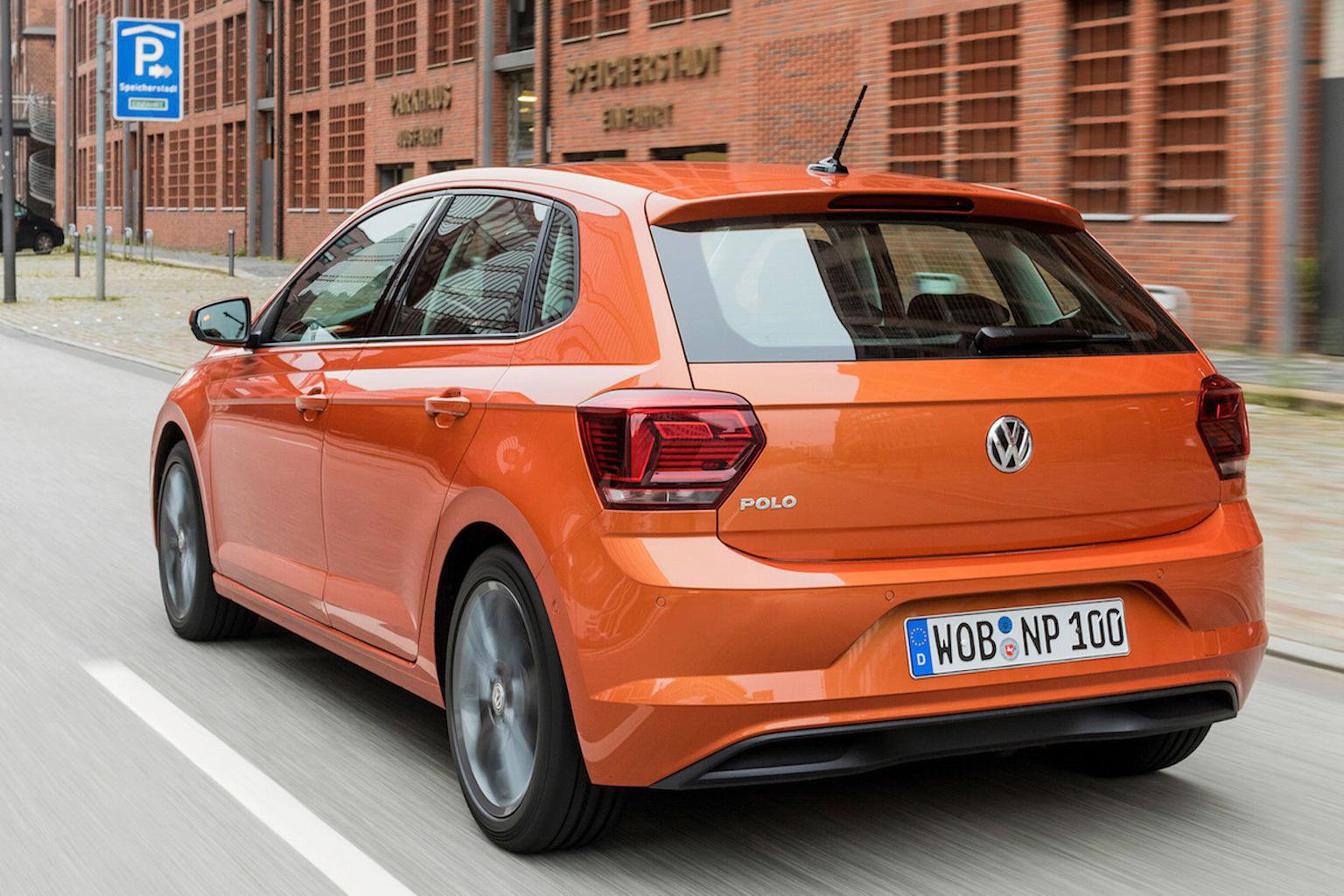 Quality has been lifted noticeably, with soft-touch plastic covering the top and front of the dashboard, classier plastics for the dash trim and around the air vents, and VW's traditionally slick switches. There are now eight different dash colours to choose from, too. The only disappointment is that the doors feature textured but brittle-feeling plastics rather than soft, dense surfaces.

The Polo's infotainment has also advanced in leaps and bounds. Our car was fitted with an 8.0in colour touchscreen, which is likely to be standard across the range. The screen is bright, high in resolution and responsive, while the system's menus are easy to follow and on-screen icons big enough to hit confidently while driving. The only issue is that VW has done away with physical shortcut buttons flanking the screen, as is the case with the Ibiza's infotainment; instead, it has gone for touch-sensitive ones that aren't as easy to locate on the move.

The latest version of VW's Active Info Display digital dials can also be found on the Polo - the first model to receive it. We're yet to hear how much it'll cost as an option, but its redesign has made the system even more visually impressive. Crucially, it's even easier to use and configure, too.