New engine options and interior upgrades for Mercedes' executive saloon and estate, and here's everything you need to know...

Once upon a time, if you wanted an executive saloon you really only had three choices: the Audi A4, BMW's 3 Series or the Mercedes C-Class. Now, though, things aren't so clear cut. There's the Jaguar XE to consider, too, as well as plush versions of the Volkswagen Passat and Audi's own A3 saloon. And these cars need to justify themselves against cars from the class above, too, namely the excellent BMW 5 Series. The C-Class' job has never been tougher, then, which is why these upgrades to both the saloon and the C-Class estate are timely. 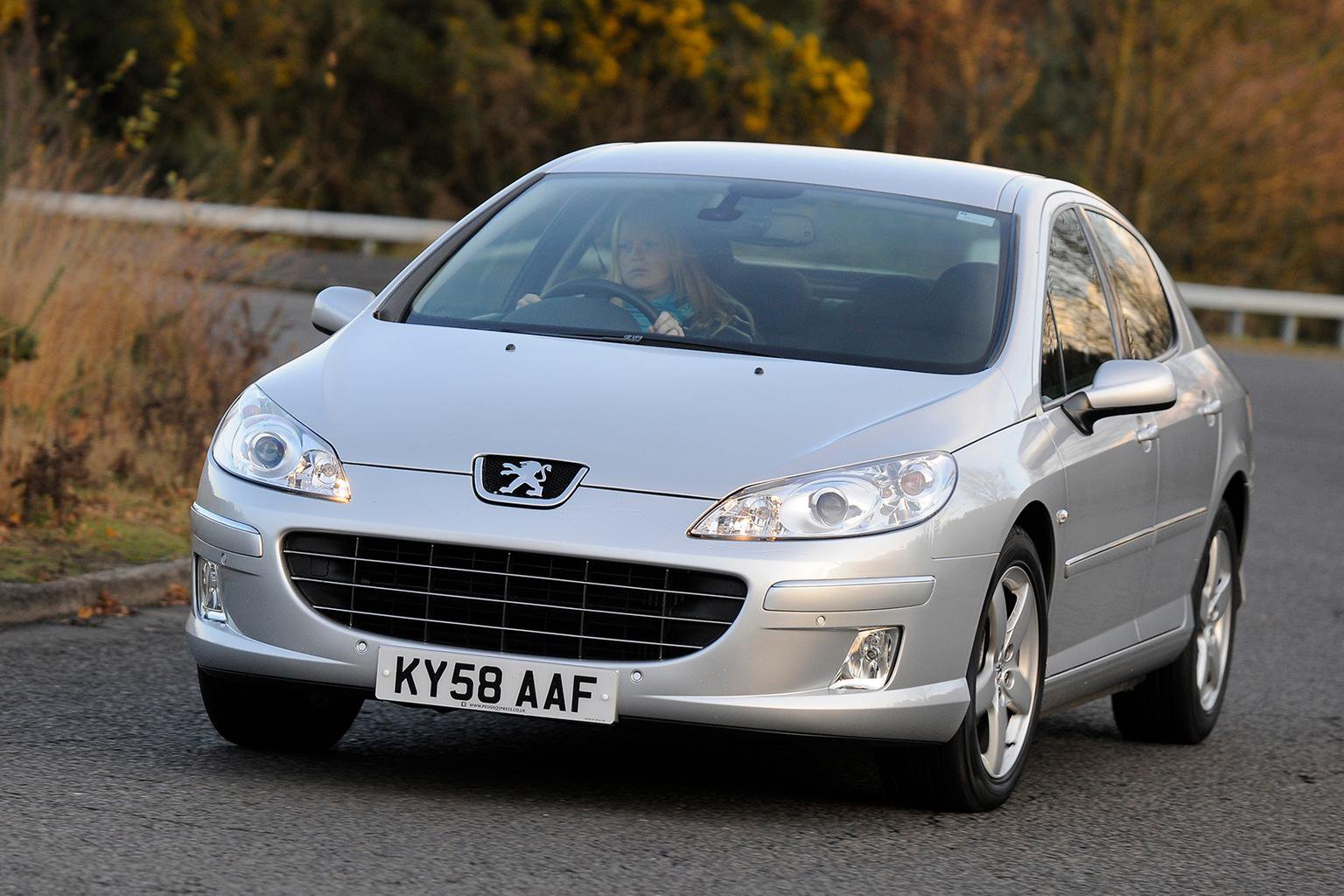 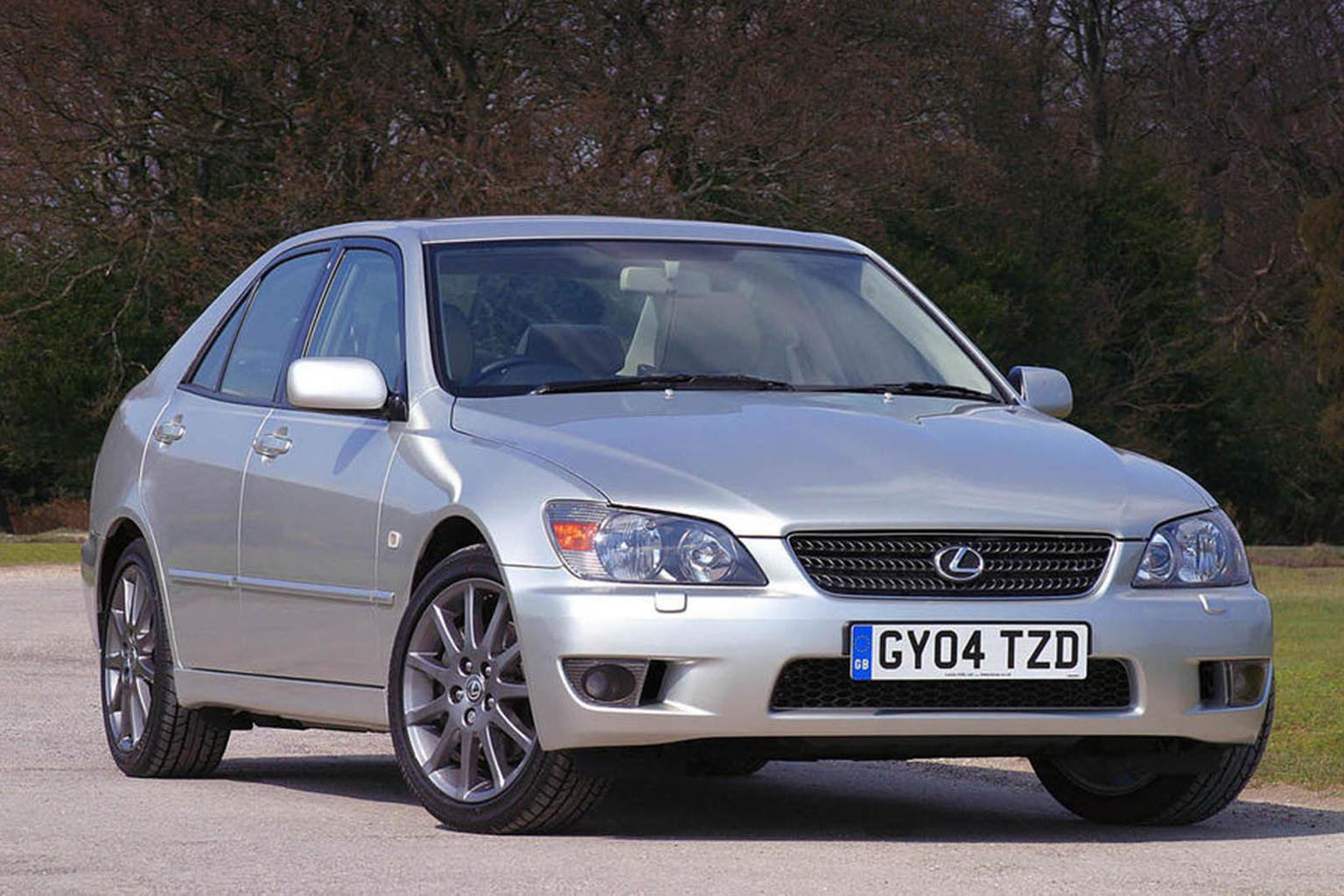 Bigger changes have been made to the C-Class' interior, where buyers can now specify a fully digital instrument cluster, similar to what you'll find with Audi's own Virtual Cockpit display. Unlike the E, S and A-Class, the C-Class' 12.3in digital screen isn't housed alongside its infotainment screen – that will be saved for the next C-Class, due in around 2020 – but does offer the same three styles for drivers to choose from: Classic, Sport and Progressive.

As standard, the C-Class comes with a 7.0in infotainment screen with two USB ports and Bluetooth connectivity, but this can be upgraded to a 10.25in screen running Mercedes' own COMAND software via the options list.

As with other Mercedes models, the C-Class' steering wheel now comes with touch-sensitive pads for controlling the infotainment system, although the screen can also be controlled via a traditional rotary dial on the centre console. 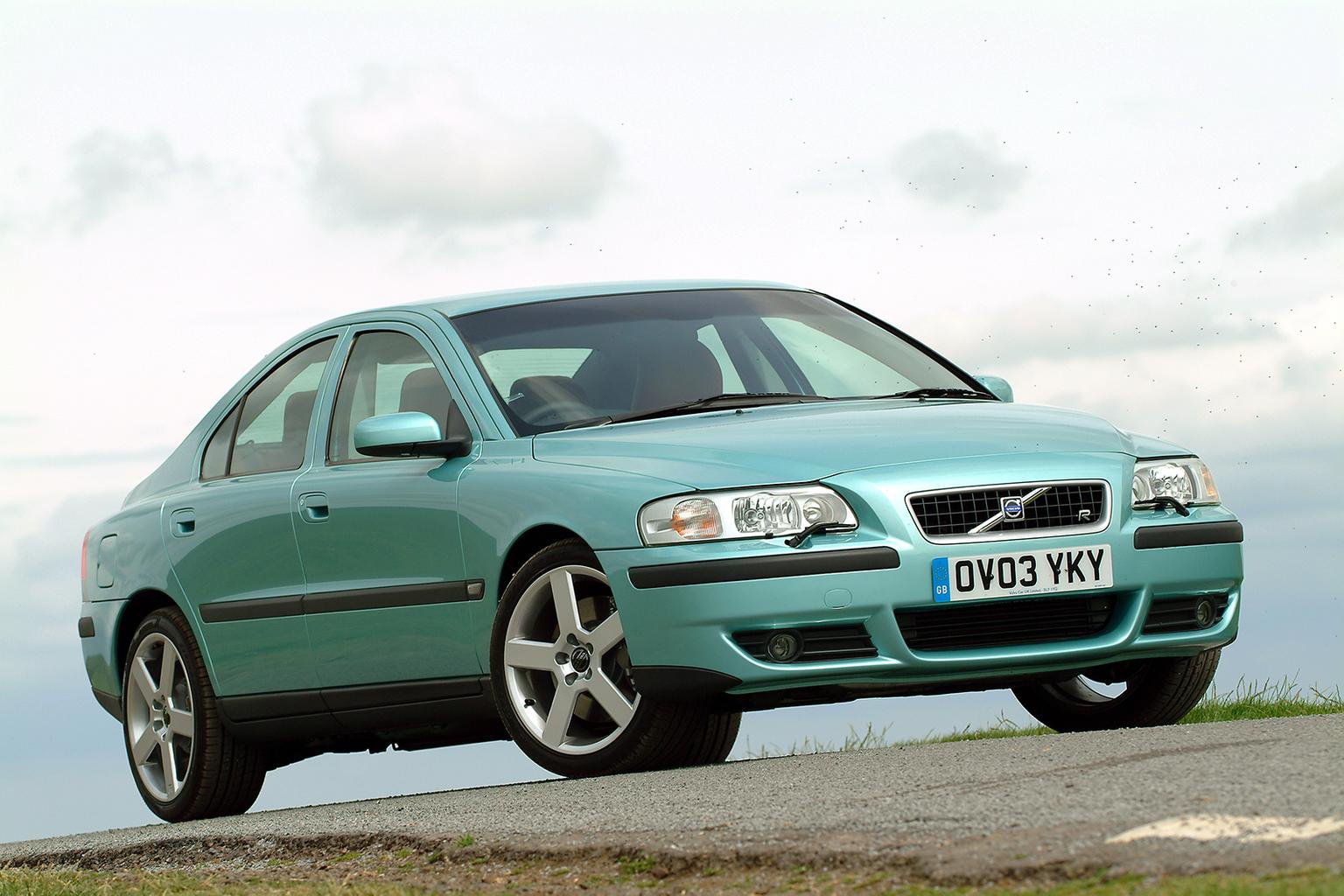 Mercedes is keeping quiet on which engines will be offered with the new C-Class, but we're expecting a major overhaul of the current car's line-up.

At launch, drivers will be able to choose from C200 and C180 petrols, with the latter being a new entry-level option featuring the same 154bhp 1.6-litre turbocharged engine taken from the SLC convertible. Diesel engines will include C200d and C220d options, and it's the C220d which we recommend in the current C-Class. A more powerful C300d diesel will join the range later this year, as will a C300 petrol taken from the existing C-Class Coupé. In a class so heavily associated with company car drivers, it's likely that Mercedes will have made significant improvements to fuel economy and CO2 emissions.

Performance-oriented C43 versions of the C-Class will also be offered shortly after launch, while the range-topping C63 sports saloon and estate models will go on sale later this year. 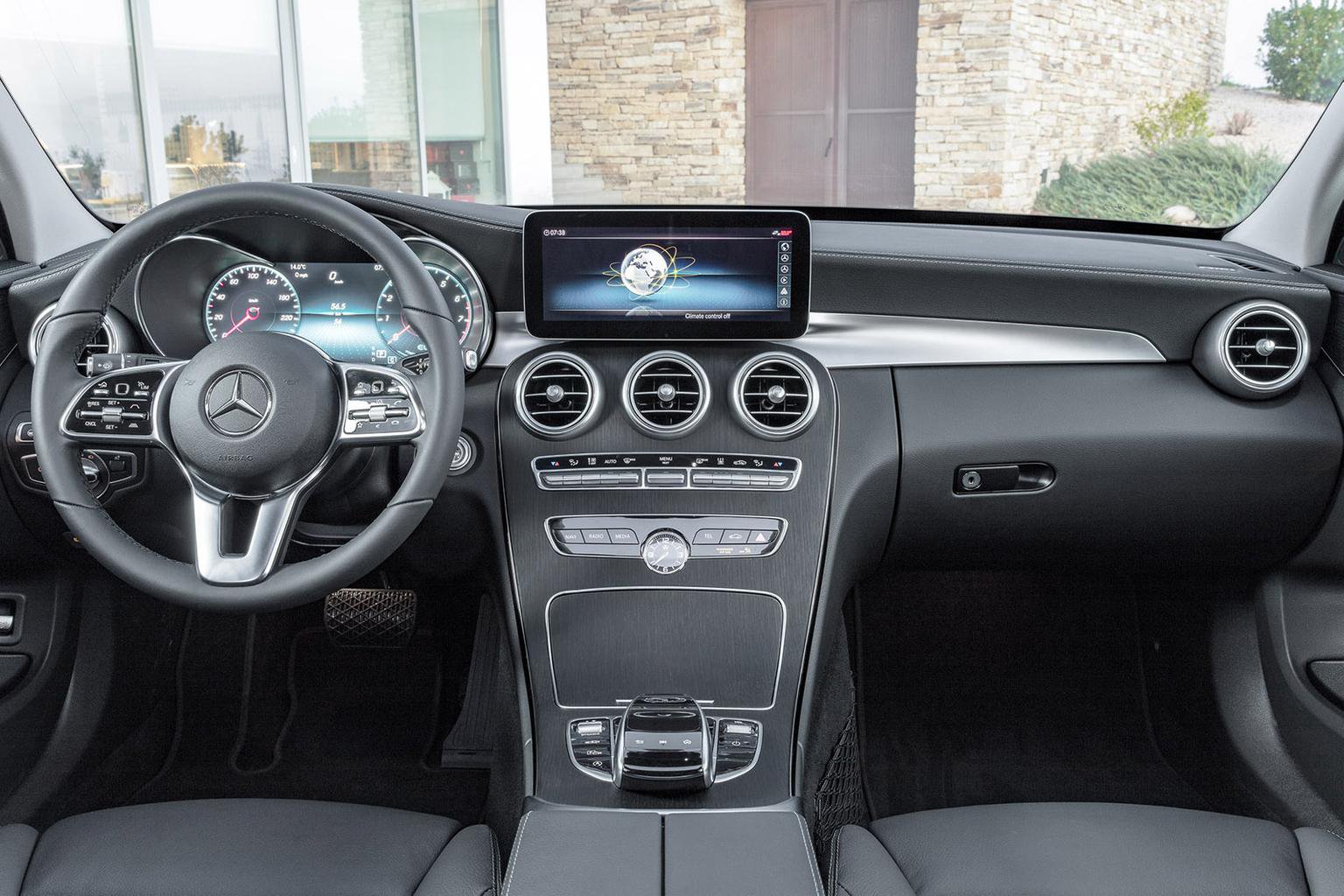 Mercedes is expected to simplify its current trim levels for the C-Class, removing the old SE Executive option altogether, leaving drivers to choose between SE, Sport and AMG Line models. At the same time, the amount of standard equipment offered on SE versions will increase to include keyless entry and start, satellite navigation and dual-zone climate control.

The addition of the new C180 engine in the C-Class will lower the car's entry-level price to around £29,600, at which point it will be more competitive against the rival A4 and 3 Series. Across the board, though, prices are expected to rise by around £1000, meaning our recommended C220d Sport models are likely to cost around £33,500.

Mercedes is hoping that having more standard equipment on the C-Class will increase the car's residual values, thus helping to lower monthly PCP finance payments. 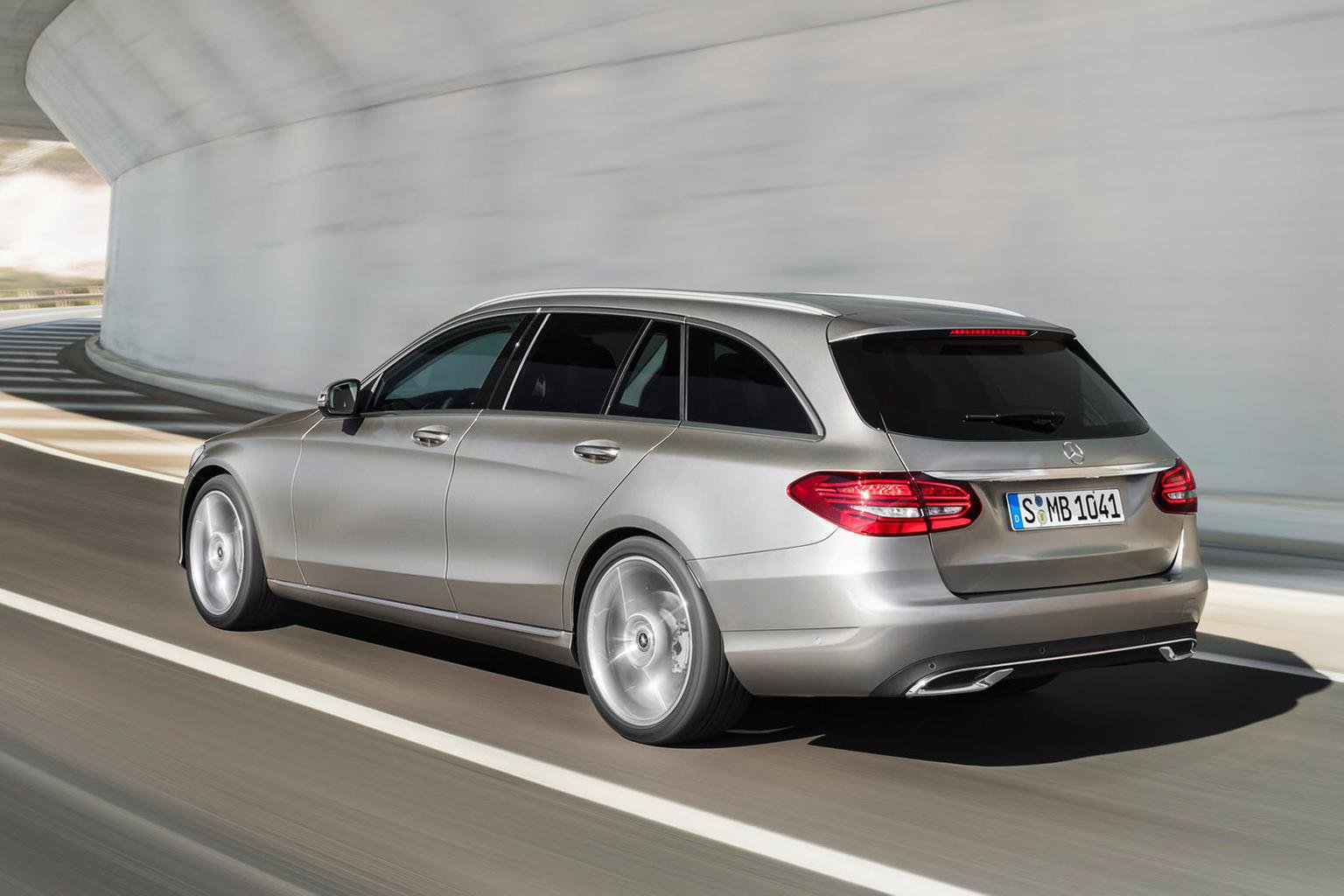 If your budget for a new car can't stretch to a new C-Class, then we've rounded up the best used executive cars below. And the best part? Each of them will cost you less than £2000. 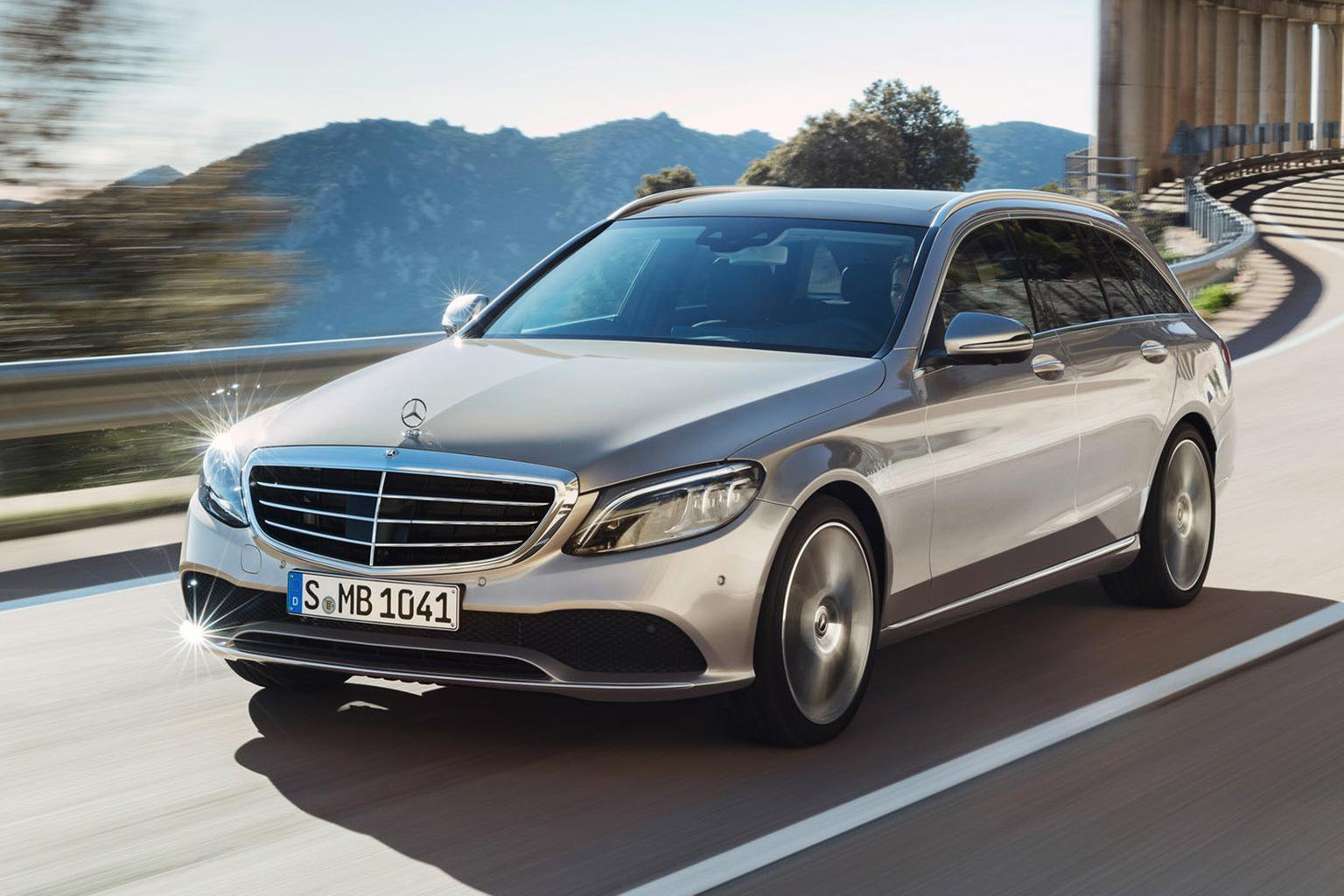 The Volvo S60 is a top-flight bit of bargain luxury at this price point, combining as it does all the attributes we’ve come to expect from Volvo – a large and comfortable leather-lined interior laced with plenty of safety kit – and adding to that a wide range of potent and efficient engines. We found several of the punchy but economical D5 diesels for £2k, though you would do well with either petrol or diesel models. The S60 looks the part, too, and gives the impression it’ll last forever.

Find a used Volvo S60 in the What Car? Classifieds 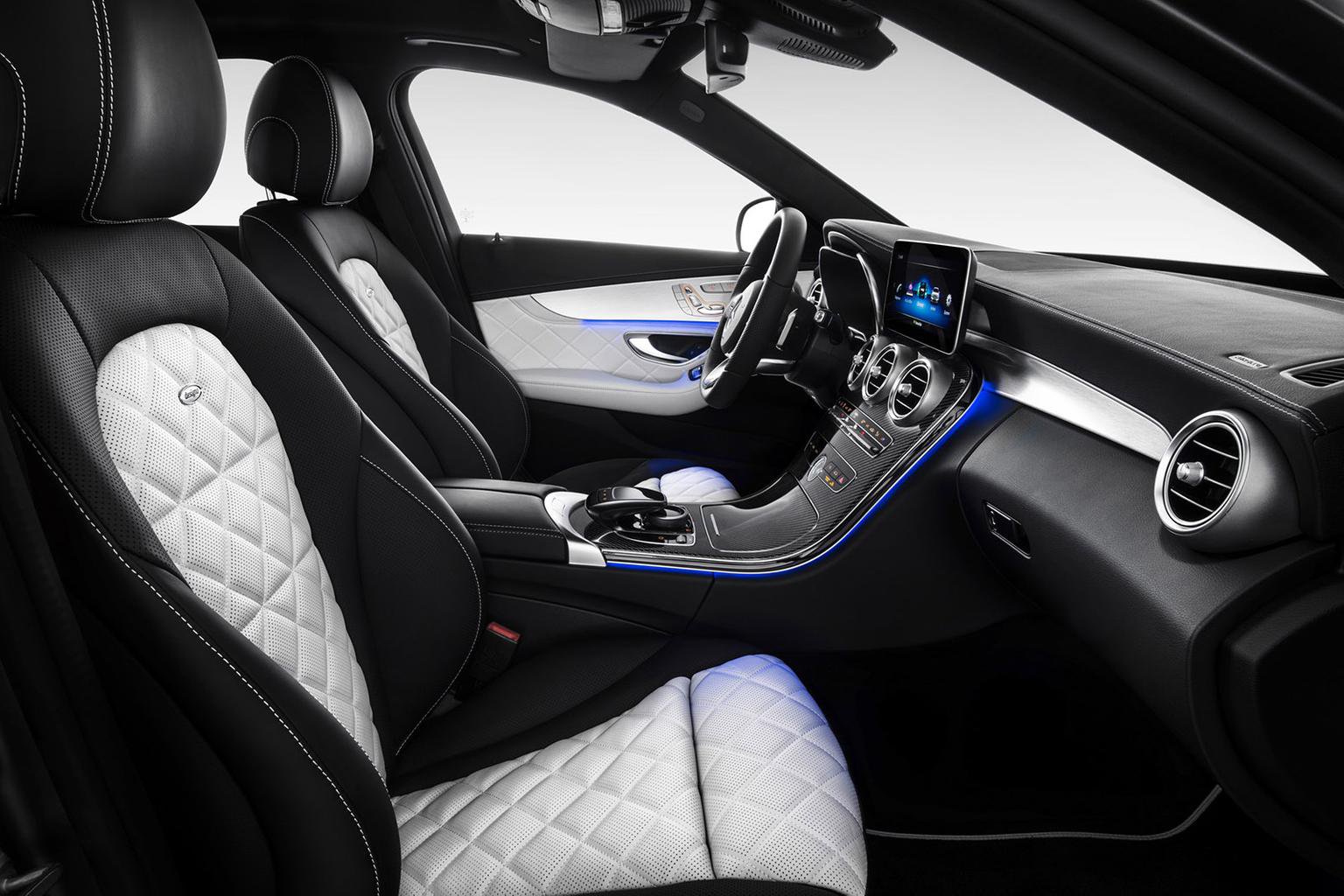 Buy an old Lexus IS and you’ll be getting a sharp-looking and beautifully made executive saloon with a top-notch reliability record. In fact, not only does Lexus consistently feature at the very top of most customer satisfaction and reliability surveys, the IS is very often the individual model that tops the lists too. It’s petrol only in this first-generation car, with either a pleasant 2.0-litre (IS200) or a lusty 3.0-litre (IS300) in-line six, and the classy watch-style instrument dials are to die for.

Read the used Lexus IS review

Find a used Lexus IS in the What Car? Classifieds 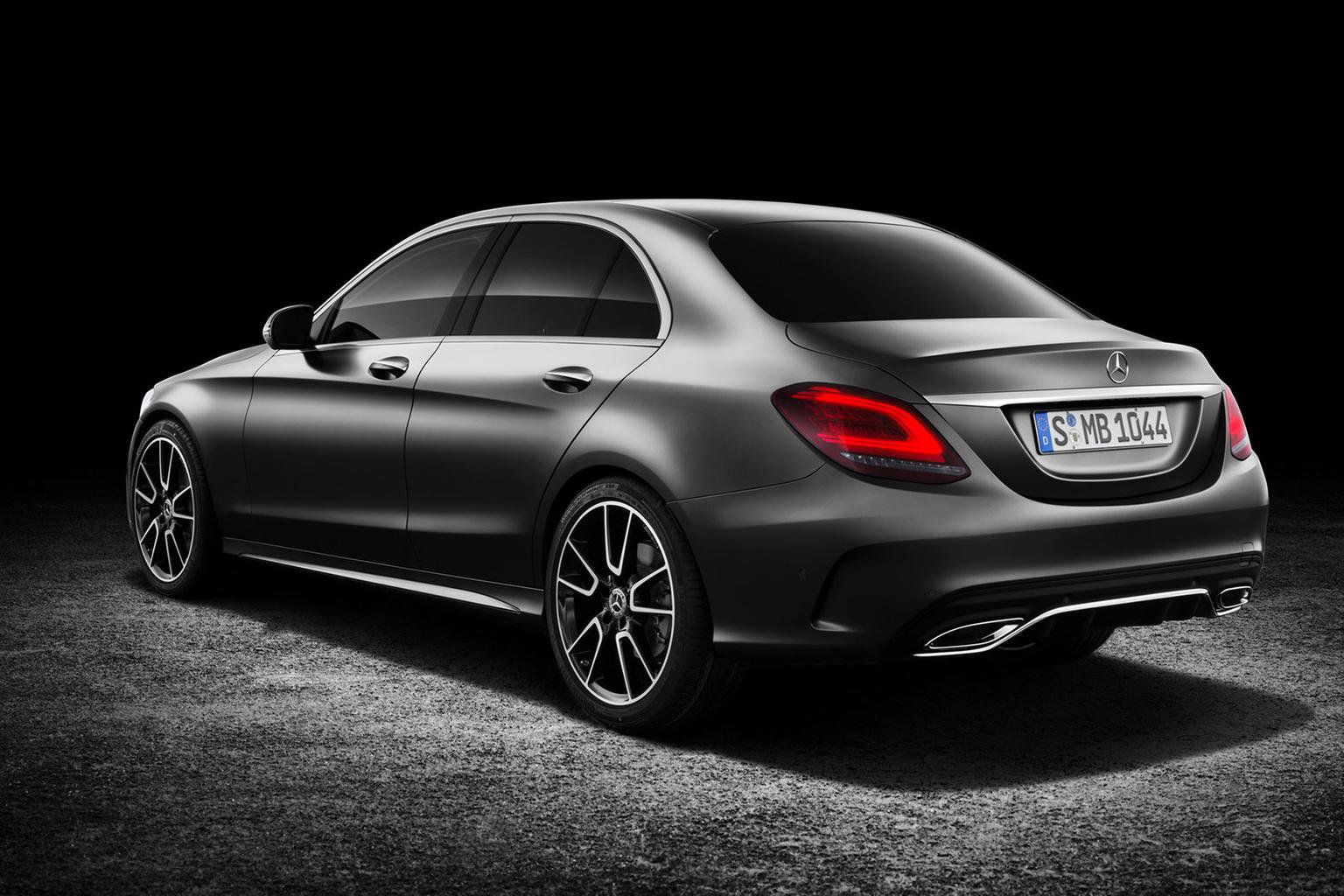 The 407 was something of a trend-setter in its day, and the styling is still distinctive enough to make you look twice. It majored on looks over practicality, in fact, but despite that there’s still enough space inside for a family, and there’s a large boot too. There’s also a wide range of engines and, whichever one you happen to track down, the 407’s a quiet and refined motorway cruiser. To top it all off, you can even find a relatively modern 2007 car for our limited budget.

Find a used Peugeot 407 in the What Car? Classifieds

Car of the Year Awards 2021: Best performance car for thrills