Special edition Mini 1499 GT puts sporty touches on a basic three-door Mini. It's not fast, but it's very good fun...

Depending on your viewpoint, the Mini 1499 GT will either be the answer to your prayers or a complete fraud. Although it might look like one of the sportiest models in the range thanks to a John Cooper Works bodykit, figure-hugging sports seats, attractive black alloy wheels and gold detailing, it is, in fact, one of the slowest.

Under its bonnet is a new version of the turbocharged 1.5-litre three-cylinder motor that’s also found in Mini's Cooper model. As this engine is designed to replace Mini's old 1.2-litre three-cylinder, it has been detuned to 101bhp and will eventually be found in the entry-level Mini One. Even so, it’s still good enough for a sprightly 0-62mph time of 10.1sec and respectable CO2 emissions of 115g/km.

So, what’s the point? Well, think back to a couple of years after you’d passed your driving test; you probably wanted something distinctive, fun to drive and dependable but you didn’t want to break the bank. So, considering you can pay a deposit of less than £300 for the 1499 GT and then spend a further £300 a month for everything but fuel, it’s a tempting proposition for the young, or young at heart. 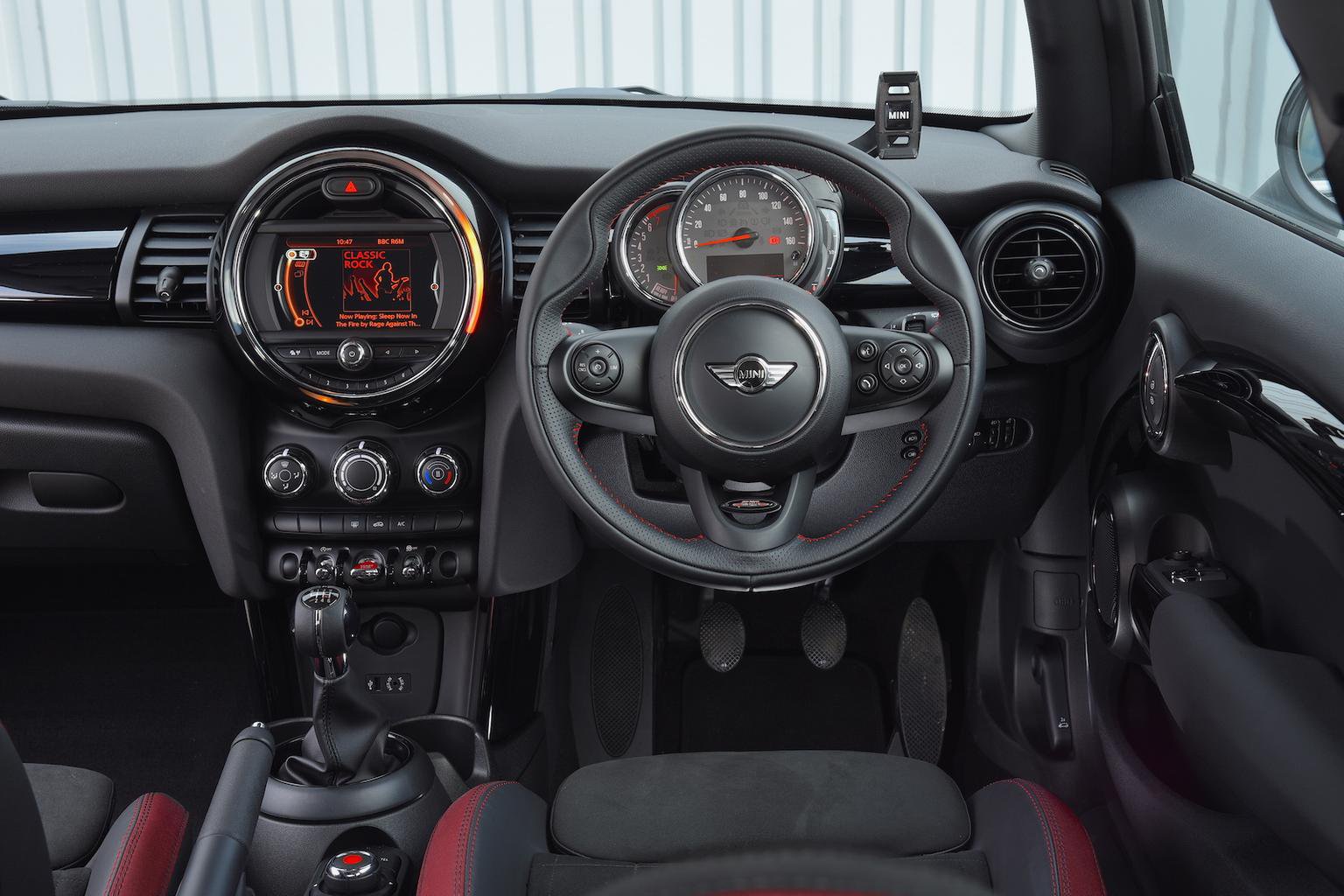 Turbocharging usually means lots of low down oomph, but you have to be prepared to rev the 1499 GT’s engine hard to get the best out of it. If you shift up at around 6000rpm then it’s a fairly brisk little thing, but change early and it can feel a little flat at times, especially at motorway speeds.

That may not appeal to those that want an easy time of things, but it somehow seems right for a car with sporting intent. After all, having to change gear regularly keeps you involved in the process of driving. We just wish the six-speed manual geabox had a slightly less rubbery action.

You won’t find us complaining about the way the 1499 GT gets around a corner, though. As you’d expect from a Mini, the steering is fast but not nervous and it has a decent amount of feel filtering up from the front tyres. And, because there’s only a little 1.5-litre engine up front, it actually turns into corners very crisply.

Press on further and you’ll find the standard sports suspension means virtually no body roll. Of course, this does mean the ride isn’t as cushioned as a Seat Ibiza or VW Polo, but at no point does it feel like you’re riding a bucking bronco. It's firm, and you do feel every ripple and bump, but excellent damping takes the sting out of even the roughest stretch of road. 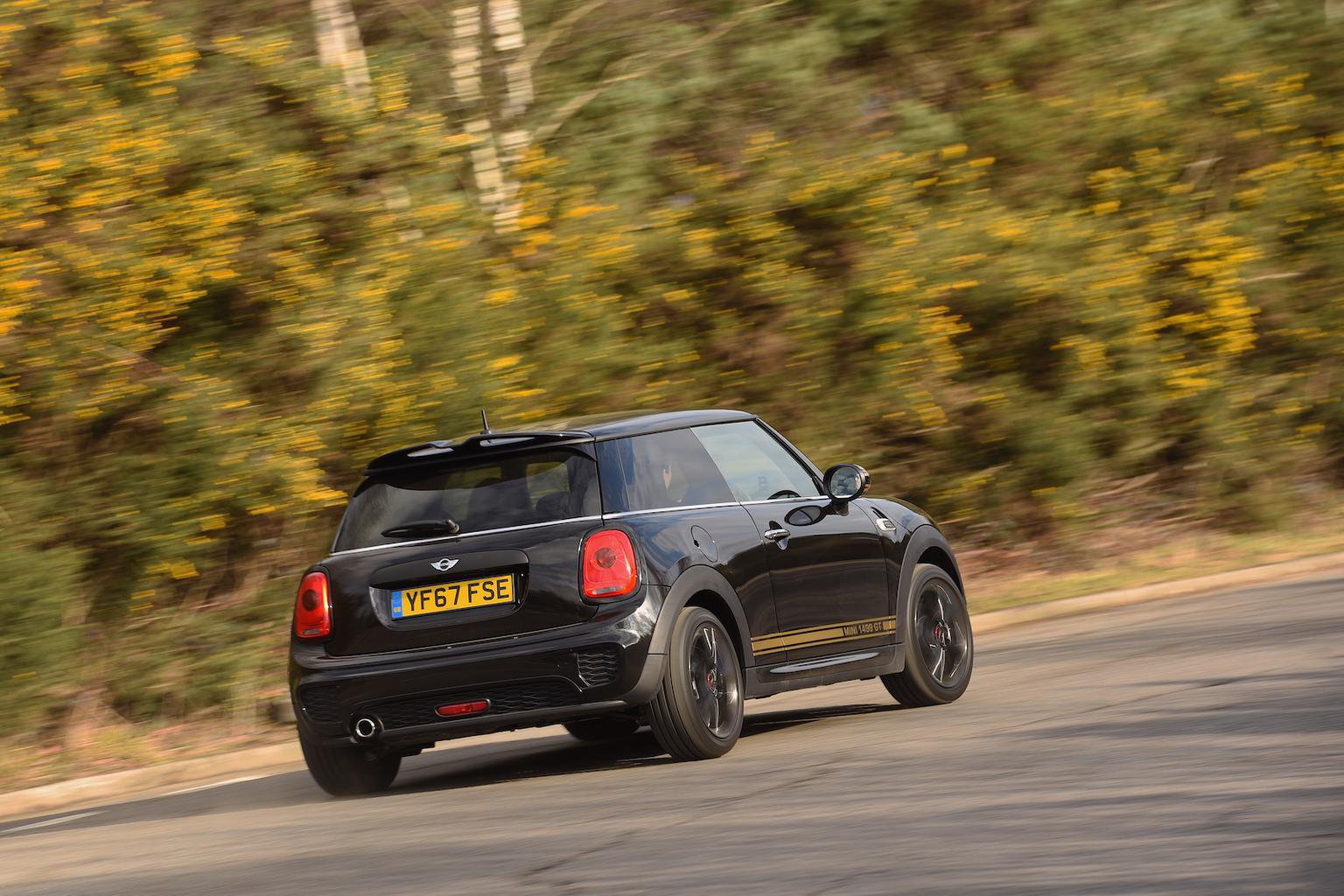 There might be all manner of personalisation options for the Mini, but the 1499 GT is fairly basic as standard. You get air-con, a multi-function steering wheel and sports seats, but there’s no sat-nav, just a 6.5in infotainment system with Bluetooth, a DAB radio and smartphone integration that’s controlled by a rotary dial between the seats.

Not that we minded the lack of sat-nav. Reach behind the rev-counter and you’ll find a built-in smartphone holder that folds out and has a nearby USB port. With a phone charging and running a sat-nav app while streaming music to the stereo, we doubt you’ll miss a built-in system.

The 1499 GT is a three-door only, something that means it’s not the most practical hatchback out there. Long doors do help access to the rear seats, but they also make it tricky to get out of the car if you’re in a tight space. For more information about the interior, check out our full 16-point review here.