With four-wheel drive and a raised ride height, can the Audi A6 Allroad tempt you away from an SUV?... 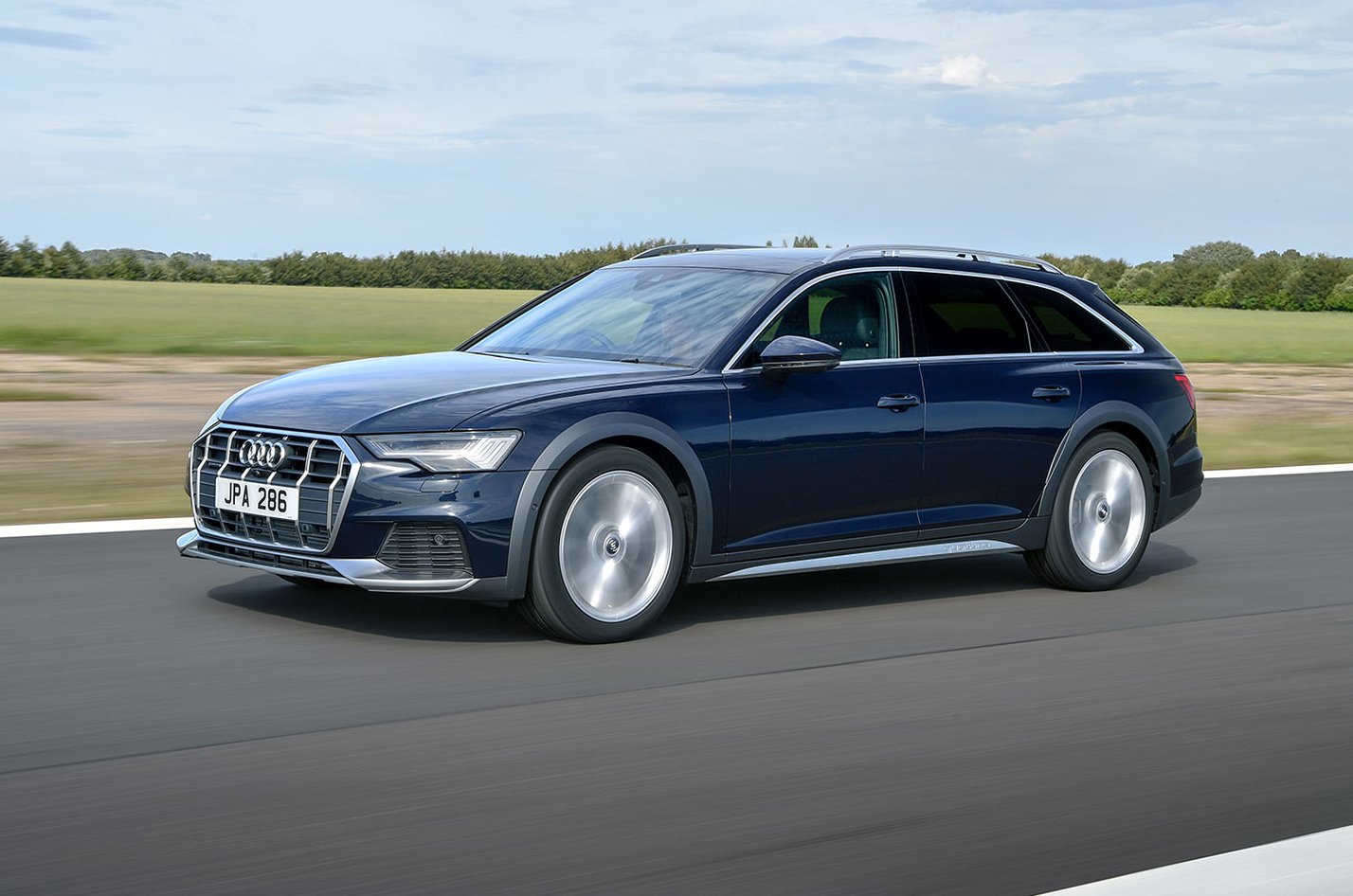 Four-wheel drive. Jacked-up ride height. Big wheels. “Oh, I’ve clicked on to yet another SUV review”, you’re probably thinking. But hold up, dear reader, because Audi has a new off-road-capable option for those who don’t want an SUV: the Audi A6 Allroad. In fact, this estate in wellies is supposedly just as capable over the rough stuff as Audi’s actual SUVs, such as the Q5 and Q7.

The Allroad badge has graced the A6 for 20 years now, with this latest generation embracing plenty of new Audi technology, including a 48-volt mild hybrid system and the availability of four-wheel steering to help manoeuvrability. Adaptive air suspension also allows the car to rise up to 45mm higher than the regular A6 Avant for particularly challenging terrain.

The off-roader-that’s-not-an-SUV class is indeed niche, but the A6 Allroad still faces competition from the Volvo V90 Cross Country and Mercedes-Benz E-Class All-Terrain, which have also had mud-plugging ability added to their practical load-lugging capabilities. 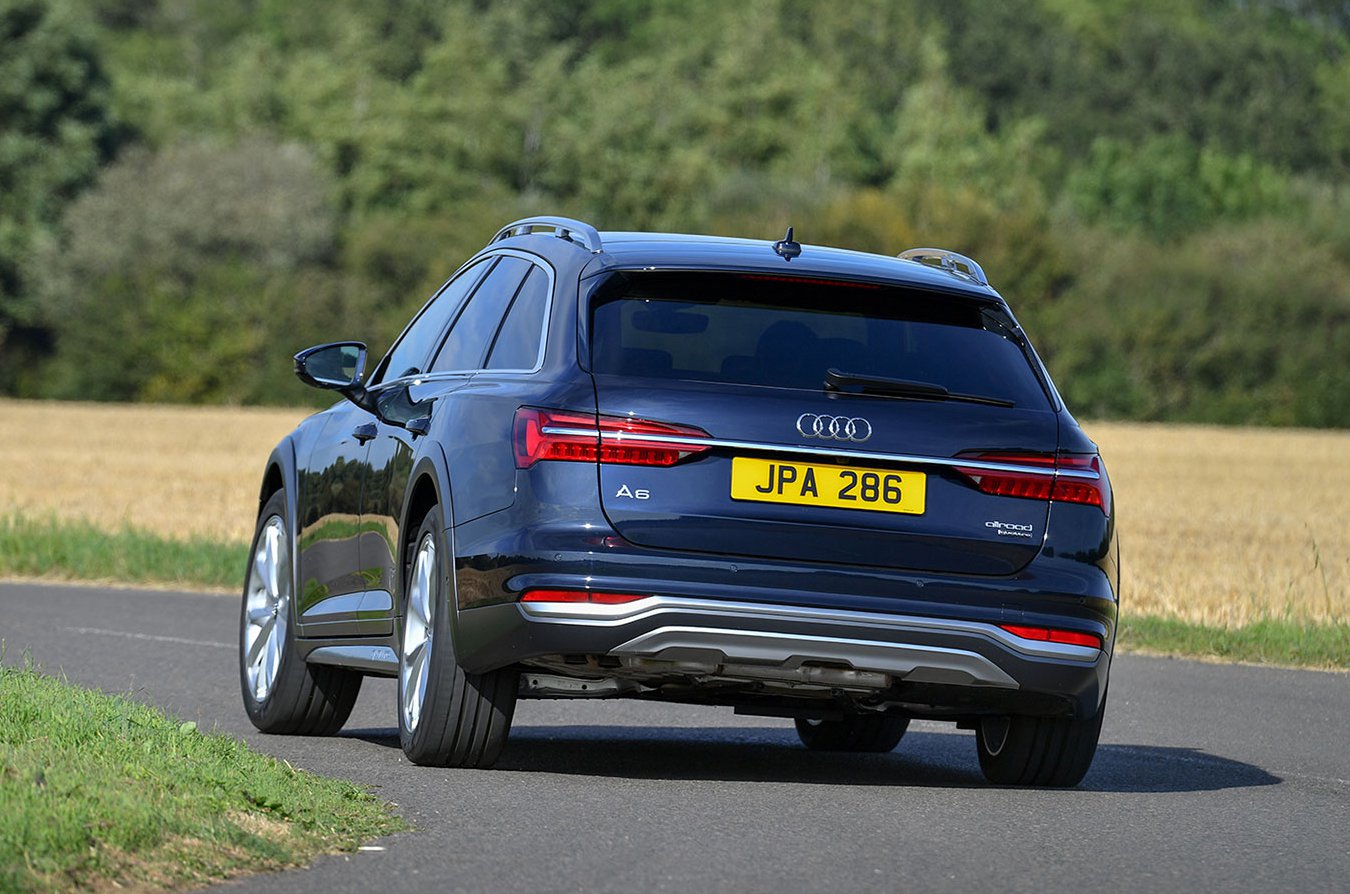 Despite having a big 3.0-litre V6 engine, the A6 Allroad doesn’t actually feel all that fast. The entry-level 45 TDI engine gets 228bhp and a 0-62mph time of 6.7sec, but in the real world it doesn't feel quite as effortless as you might expect. The engine hums just enough while accelerating to remind you of its six cylinders, but quietens down nicely once up to speed. There’s also a more powerful 50 TDI diesel with 282bhp; this puts the A6 Allroad more in line with the Mercedes-Benz E-Class All-Terrain in terms of pace.

The quattro four-wheel drive really pays its dues, with reassuring traction on and off road. The Allroad handles in a tidy and predictable manner just like the regular A6 Avant, although it's less satisfying than the BMW 5 Series Touring. It’s considerably more controlled than the Volvo V90 Cross Country and has well-weighted steering that gives you confidence when threading down tight country lanes. We haven’t had the chance to test it much further off road than gravelly paths, but there’s no doubt it will offer some extra reassurance down more challenging tracks, based on our experience of its little brother, the A4 Allroad.

One of the joys of the A6 Allroad is the adjustable air suspension. As well as raising it to take on a particularly rutted trail, it lowers the car automatically at high speeds to improve fuel economy. It provides a beautifully smooth ride across most of Britain’s pockmarked roads, with only the odd thud from the suspension. You do feel grainy road surfaces vibrating a little through the steering wheel, but expansion joints and potholes are absorbed elegantly, with little discomfort for occupants.

This feeling of gliding along is a sensation enhanced by the 48V mild hybrid system, which switches off the engine to let the car coast and save fuel. There’s even a system that sends a light vibration through the accelerator pedal to tell you when to lift off to encourage further frugality. The Allroad also gets Audi Drive Select, with six driving modes that adjust the steering weight, accelerator response and ride height to adapt the car to different situations.

If you’ve read any of our other Audi reviews lately, it will come as no surprise to hear that the eight-speed automatic gearbox can be a bit sluggish to respond to sudden requests for acceleration. It’s certainly not the worst in the Audi range, and selecting the Sport setting for the gearbox helps response considerably, but there’s a noticeable delay when you put your foot down before it shifts into the correct gear. This is most frustrating when pulling away from low speeds, such as joining a roundabout or exiting a junction. 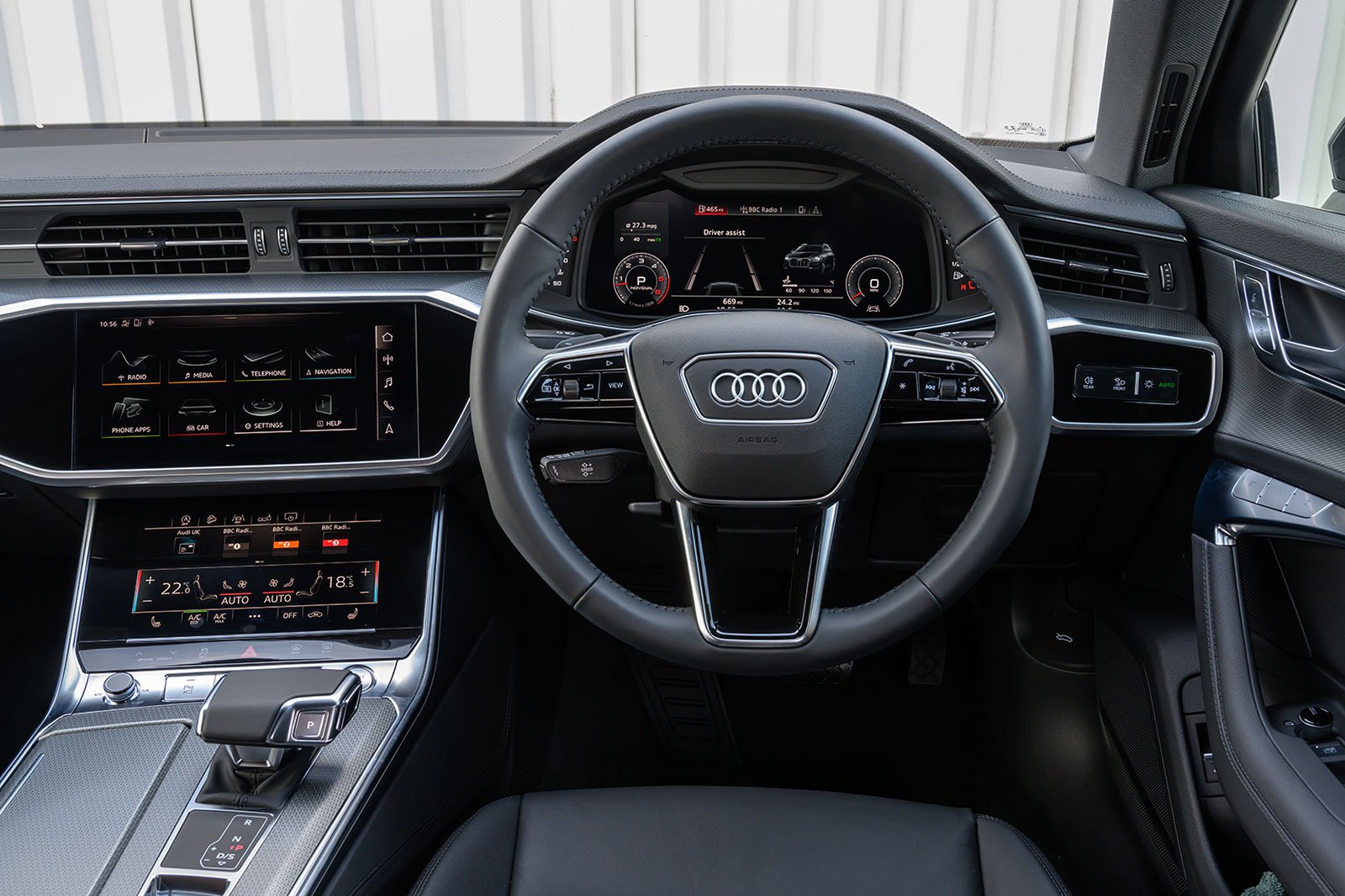 The interior is typically Audi in terms of quality, with plenty of leather-effect finishes and squishy plastics, while chrome-coloured plastics and patterned fascias finish off the dashboard. The seats are comfortable but would benefit from some sturdier side bolstering to keep you in place during tight cornering. While we're complaining, there’s also a surprising shortage of room for your left foot in the driver’s footwell.

There are two large touchscreens in the centre of the dash that are crisp and clear; the top one operates the main infotainment system, while a smaller one below takes control of the climate control and seat functions. However, while they’re easy to use with logical menus, they require a firm push to make a selection. This makes it more fiddly to operate than a regular touchscreen and is more distracting on the move. Audi’s old infotainment system with a rotary controller – like the one you’ll find in the 5 Series Touring – was much more natural to use.

If you're curious about interior space, it's exactly the same as on the regular A6 Avant. In short, it's pretty cavernous, but if you want more detail and a bit of comparison with rivals, have a look at our main A6 Avant review.

There are two trim options for the A6 Allroad. The entry-level Sport includes 19in alloy wheels, heated electric front seats, a reversing camera and LED front and rear lights, while the top Vorsprung trim gets 21in wheels, heated rear seats, a head-up display, four-zone climate control and a load of extra tech.