We try the plug-in hybrid Audi Q3 45 TFSIe in standard and Sportback forms. Does the PHEV's combination of strong performance and low emissions make it the Q3 to go for?...

Three years after the latest Q3 went on sale with a choice of petrol and diesel engines, the Audi Q3 45 TFSIe brings plug-in hybrid power to this family SUV. So is this new variant one of those good things that come to those who wait or an anti-climax on a par with hearing: "You've missed out on the car and holiday – but you have won a sandwich"?

Well, with an official electric-only range of up to 31 miles, it certainly has the potential to cut your fuel bills. And the combined output of 242bhp from its 1.4-litre petrol engine and electric motor treads the middle ground between the BMW X1 xDrive25e and Volvo XC40 T5 Recharge.

You can also specify your Q3 45 TFSIe with a wide range of trims if you stick with the regular Q3 body – everything from entry-level Technik through to top-spec Vorsprung. There's less choice if you want the sleeker-looking Q3 Sportback model, as you're limited to the sporty S line trim and above. 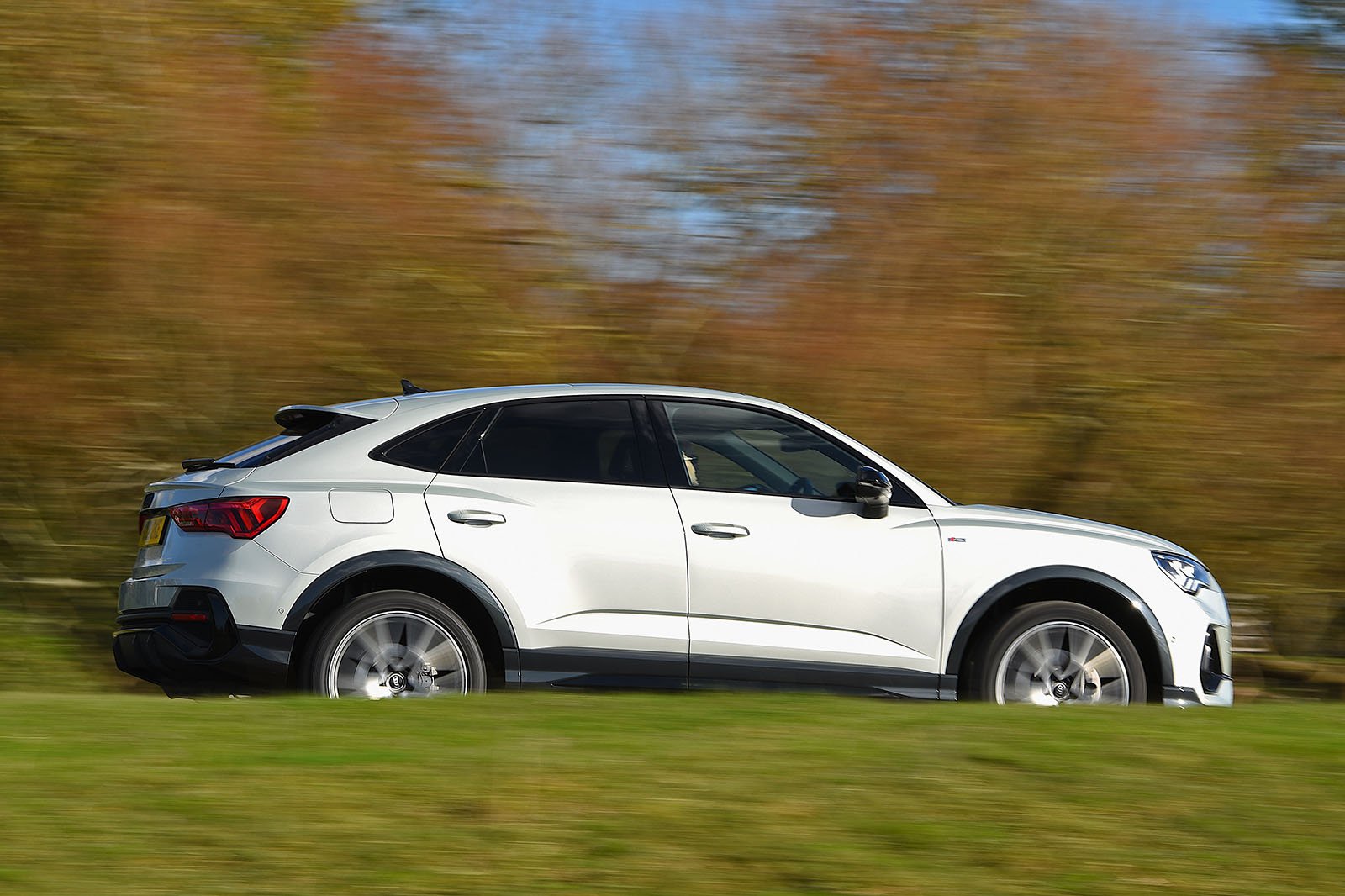 The 45 TFSIe defaults to full-electric mode when you set off, so the biggest difference from other Audi Q3s is the lack of engine noise.

Fortunately, the electric motor delivers more than enough power on its own to let you keep up with traffic in town. Indeed, it feels more responsive than the 35 TFSI petrol when that's fitted with an automatic gearbox, especially as you set off from stationary.

The only trouble is that it's quite easy to spin the hybrid's front wheels in slippery conditions, much as it is in the XC40 T5 Recharge, because both models send all of their power to that end of the car. That's not an issue in the X1 xDrive25e and Range Rover Evoque P300e thanks to the extra traction provided by their four-wheel drive systems. 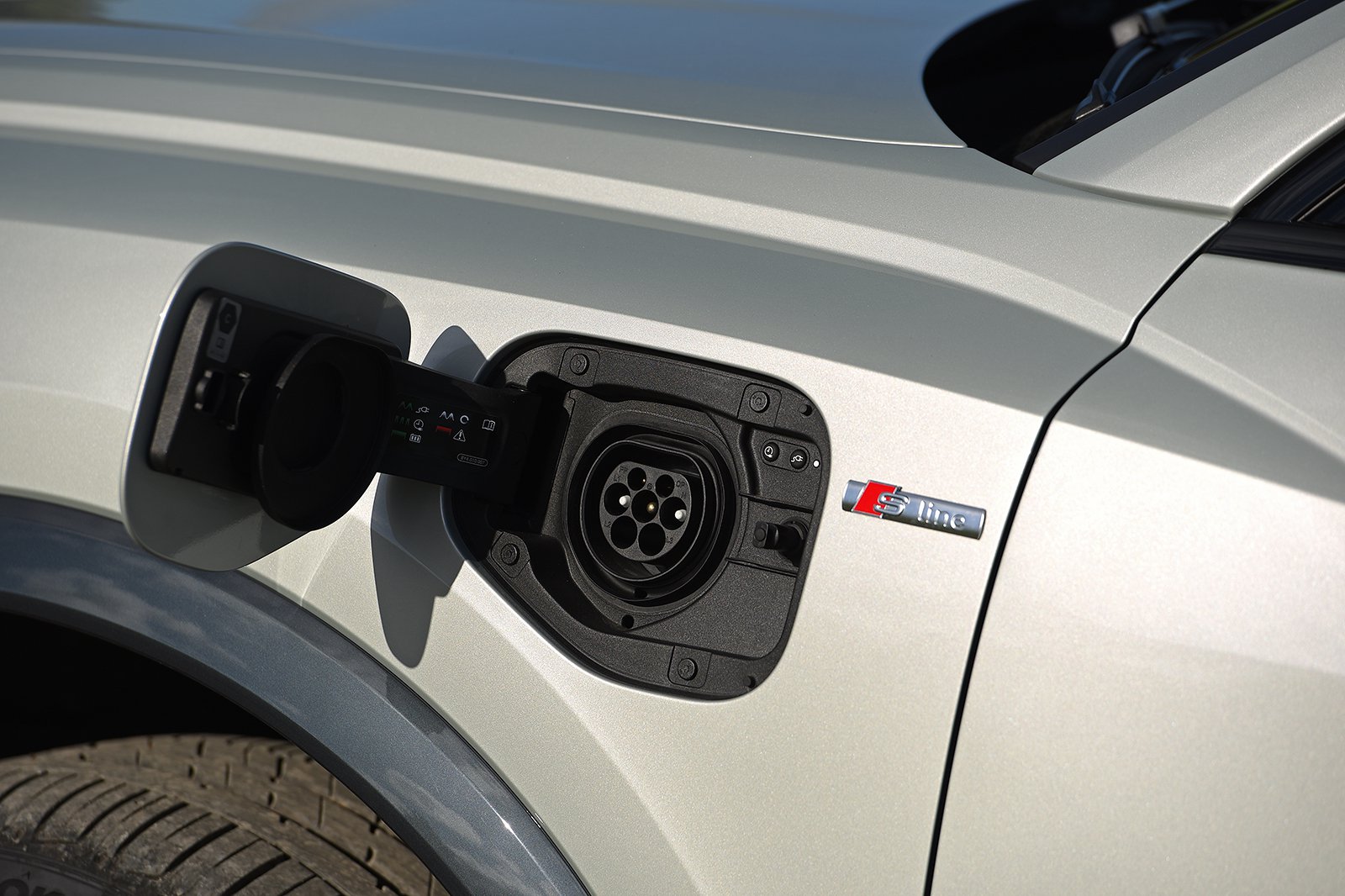 Even when you switch to Hybrid mode, the Q3's petrol engine is rarely called upon for assistance in town. It generally only kicks in as you start building up towards 40mph and above.

The 0-62mph sprint takes 7.3sec, which is brisk enough for most needs, although if you ask for a sudden burst of pace when the engine is off, the system does pause noticeably while it calculates how best to respond.

The Q3 has always felt safe and composed to drive and the added weight of the hybrid tech only adds to that feeling when cruising on the motorway. True, it also means that the 45 TFSIe feels less agile than its petrol siblings in fast corners, but the margins are small. 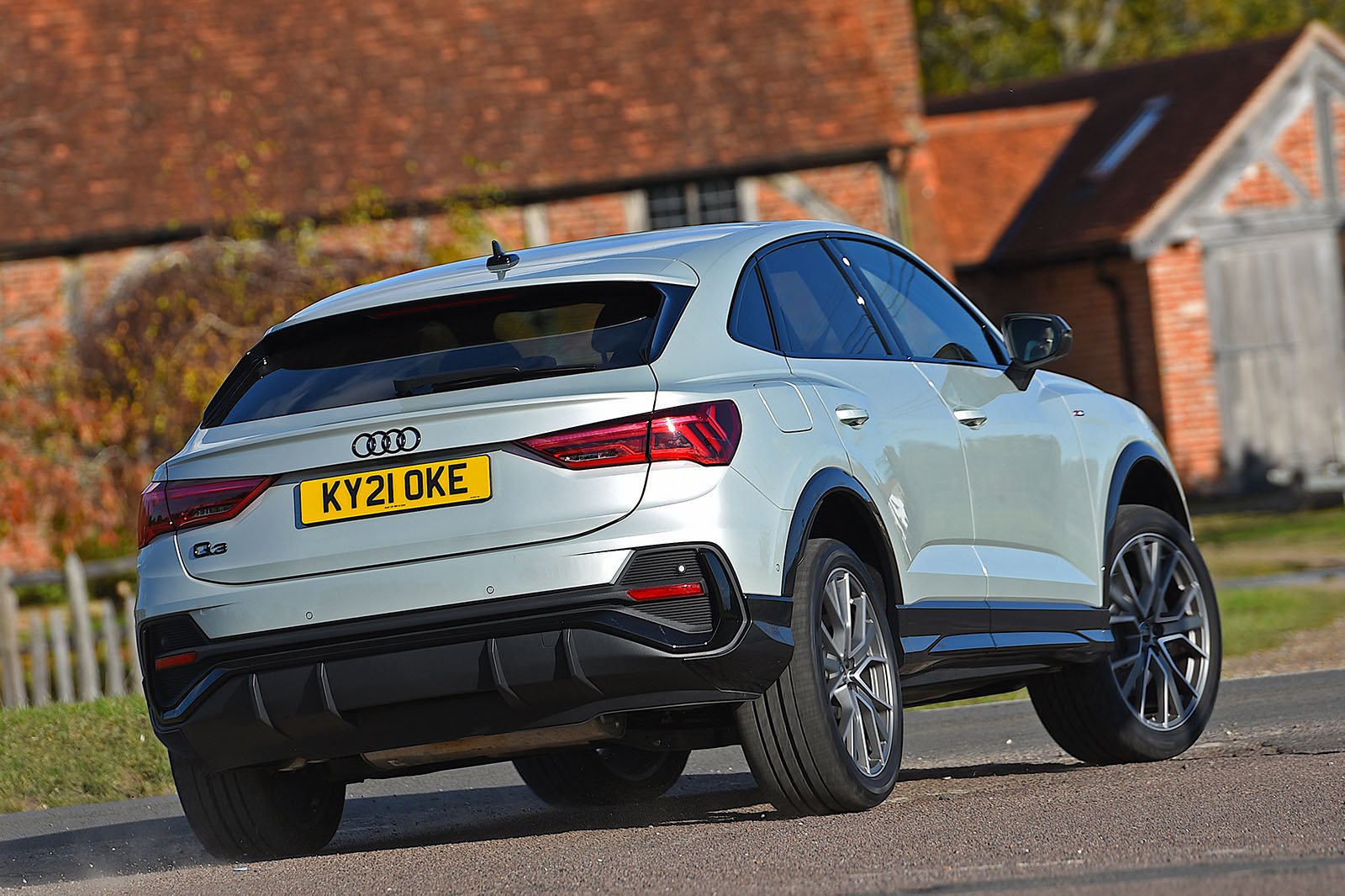 What has suffered is ride comfort, with the S line model we tried feeling noticeably firmer than the petrol equivalent. We spent time in a Vorsprung car too, and the problem is far less pronounced in this range-topping trim, which brings adaptive suspension. That increases the price significantly, though.

If you can’t stretch to Vorsprung, it might be wise to opt for the Technik model due to its smaller wheels. They should also reduce the road noise that's quite prevalent in S line and Vorsprung cars. Wind noise is limited to minor buffeting from around the door mirrors.

The official fuel economy figures are the highest of any Q3, and we saw indicated figures in the low 50s with the help of a full battery. However, they plummeted to the mid 30s when that battery was depleted. 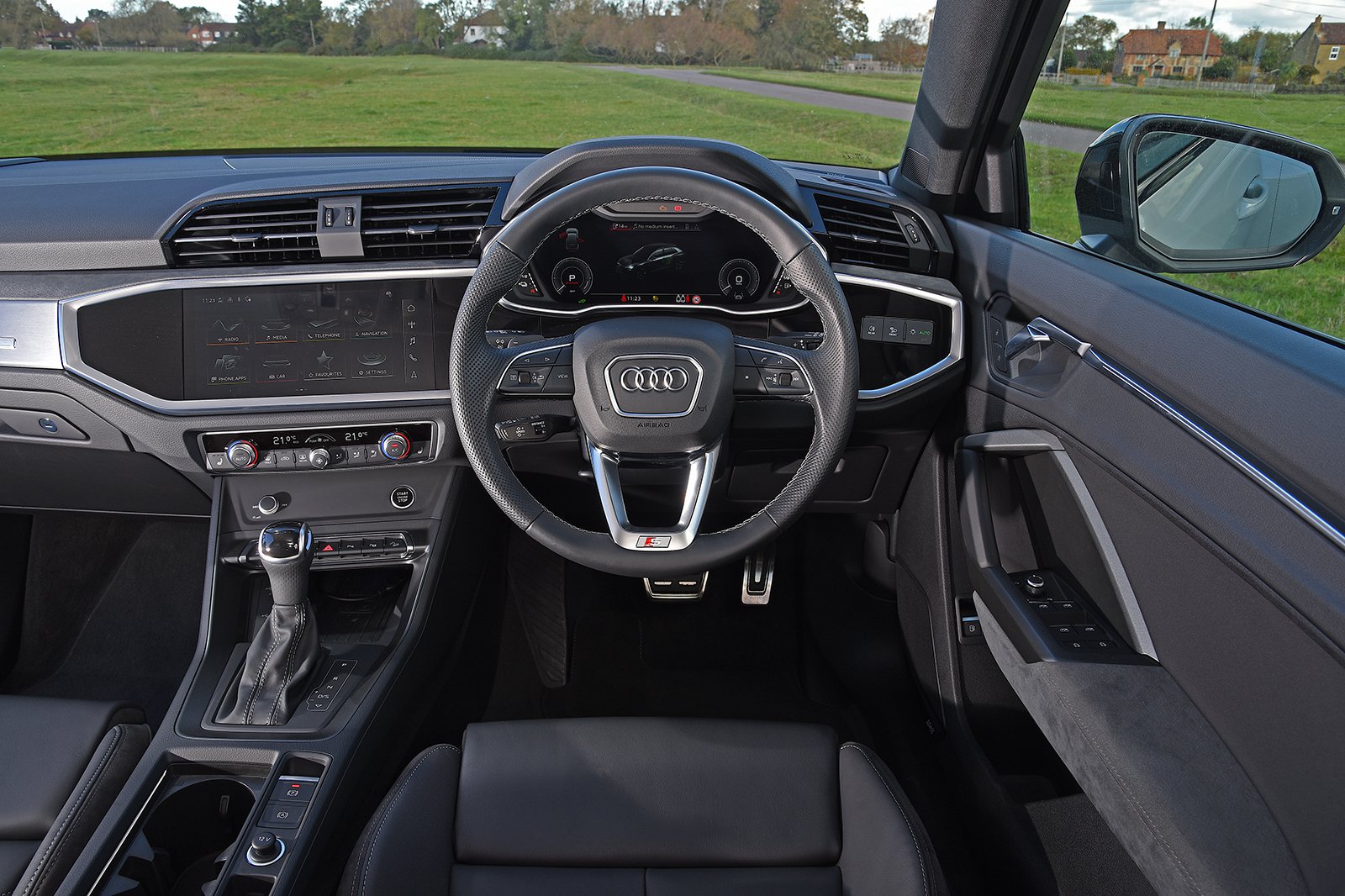 From behind the wheel, the only features that distinguish the 45 TFSIe from other Q3s are an EV button mounted ahead of the gearlever and a different look to the digital instrument panel, with the rev counter replaced by a dial indicating power output as a percentage.

There's plenty of space for four adults in the car, and the interior feels reassuringly solid, although the X1 has a more user-friendly infotainment system, while the Evoque and XC40 are classier.

Boot space is slightly reduced compared with other Q3s because the boot floor is higher to make room for the battery beneath it. On the plus side, that means there's no longer a lip to lift luggage over.

You can read more about the interior in our main Audi Q3 review.