The Mercedes Concept EQT is the ninth model to be introduced under the German car maker’s EQ electric vehicle sub-brand and is designed to preview the new electric T-Class due in mid-2022...

For a company that made its name by being something of a technological champion, Mercedes was surprisingly slow when it came to releasing its first fully electric vehicle (EV) in the form of the EQC luxury SUV. However, if the last few months are anything to go by, it looks as if the German manufacturer has regrouped and is now focused on not just catching up with the competition, but surpassing them.

In April we got news of the über-efficient EQS electric limousine, with its mind-boggling 478 mile range, and now, less than a month later, we have this, the Mercedes Concept EQT. Set to rival the Citroen Berlingo, Vauxhall Combo Life and Volkswagen Caddy, the EQT basically previews what will be the brand’s all-new T-Class MPV. And because it has been developed in partnership with Renault and that brand's third-generation Kangoo, it will be available with petrol, diesel or pure-electric power; combustion variants will be sold as the T-Class, while the EV will take the EQT name into production. 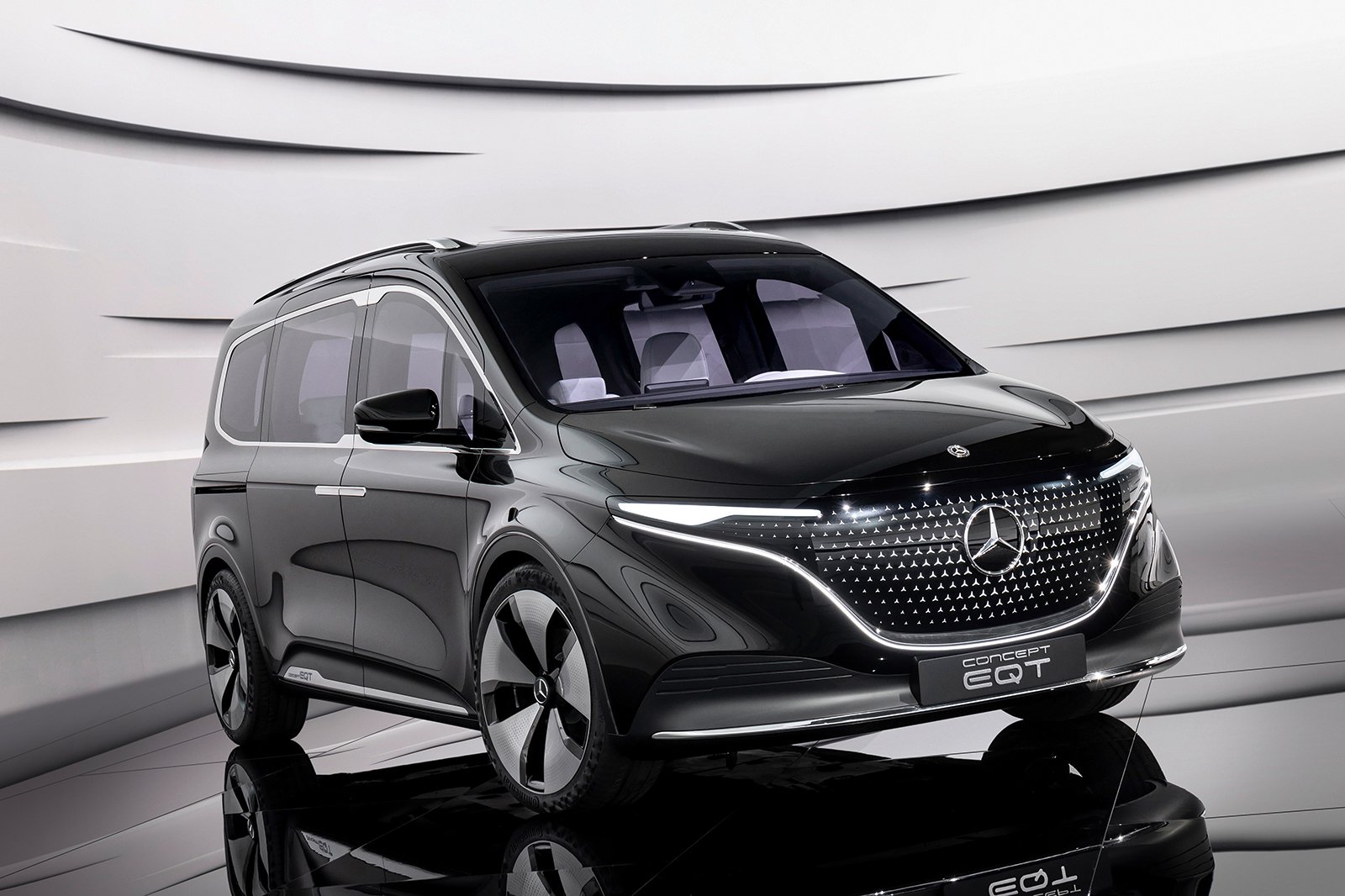 “We are expanding our portfolio in the small van segment with the forthcoming T-Class. It will appeal to families and all those private customers, whatever their age, who enjoy leisure activities and need a lot of space and maximum variability. And as the Concept EQT shows: we will be offering a fully electric model in this segment in the future,” says Marcus Breitschwerdt, Head of Mercedes-Benz Vans.

Specific engine configurations are as yet unconfirmed, but we suspect they will mirror the petrol and diesel options offered by the closely related Kangoo. So you can expect to see a turbocharged 1.2-litre petrol unit developing 113bhp, as well as a 1.5-litre diesel offered with a range of outputs from 74bhp-109bhp. The EQT, meanwhile, is in line to receive a 101bhp electric motor in combination with a 45kWh battery. In the Kangoo E-Tech Electric, this combination offers a WLTP certified range of around 165 miles. 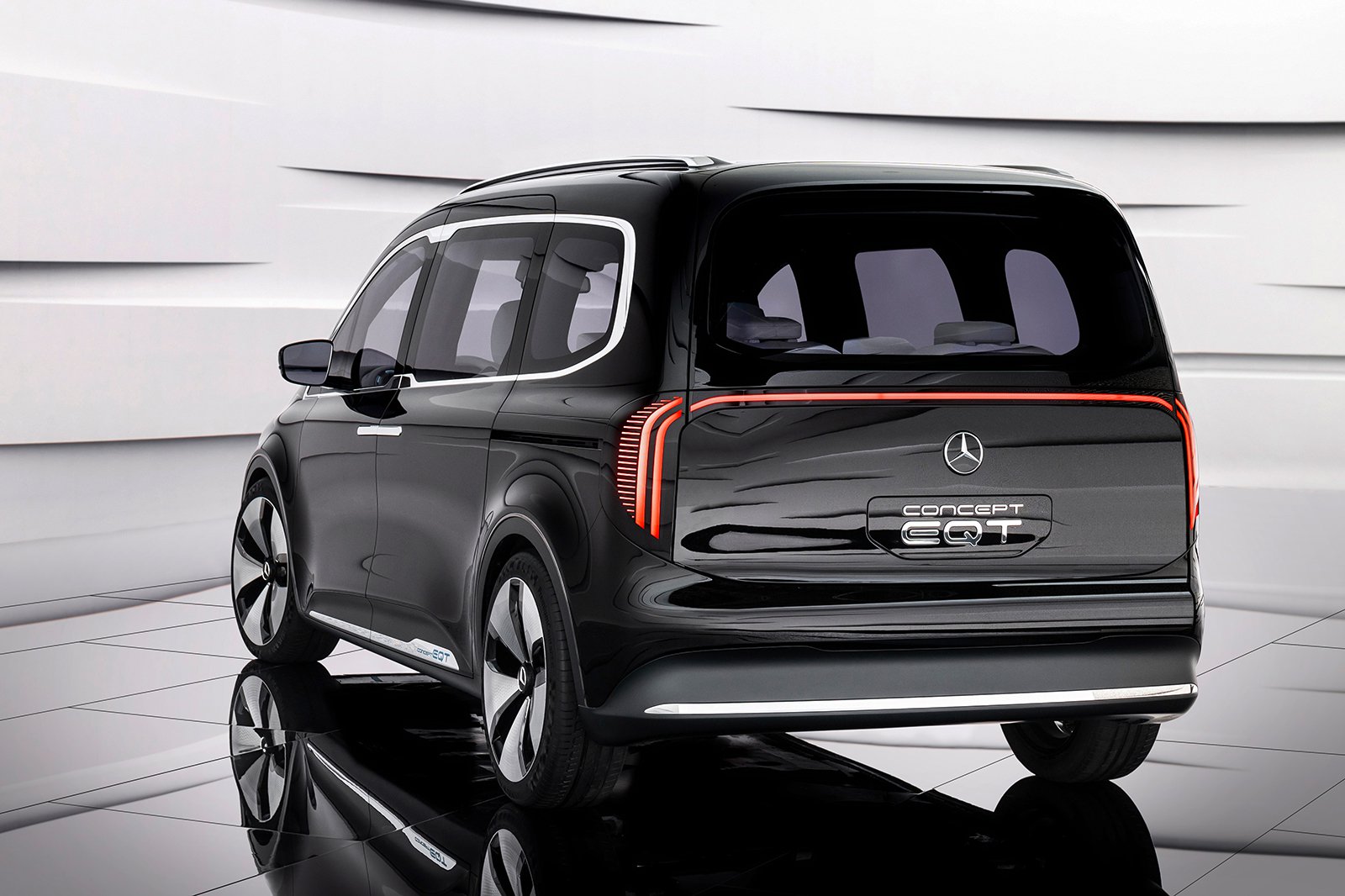 Mercedes describe the EQT as a near-series-production concept so the styling of the production MPV should closely mirror the car you see before you. Key exterior highlights include a ‘3D star effect grille’, slim LED headlights, a full-width rear light bar, 21in wheels and a massive panoramic glass roof. We’re not convinced that the integrated electric longboard carrier will make it to production, but unless you’re Casey Neistat, that shouldn’t be a major loss.

Inside, the EQT concept features the same MBUX infotainment system as the Mercedes A-Class. It’s a swish looking set-up that can be controlled through the touchscreen itself, via voice commands or with touch-sensitive panels on the steering wheel. From our experience in the A-Class, it should be far more intuitive to use than the system in the Volkswagen Caddy. 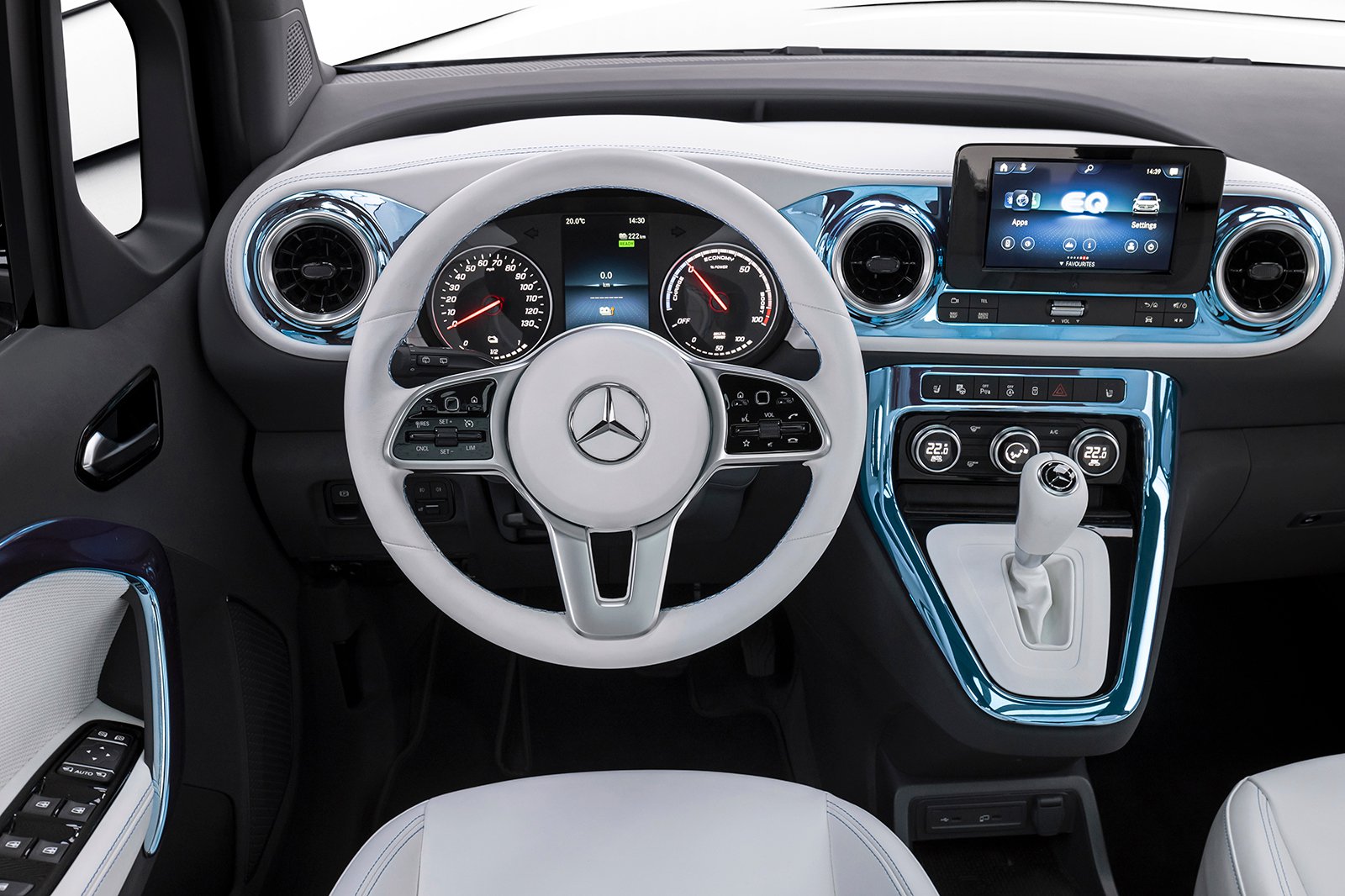 Unusually with a concept, Mercedes has released the dimensions of the EQT concept and it just so happens to be longer, wider and taller than a Volkswagen Caddy Maxi. It also features seven-seats, a second row that has been designed to accommodate three child seats, a wide variety of storage spaces and sliding doors on both sides of the vehicle for easy access to the third row. And when the MPV reaches production, we suspect Mercedes will also offer a standard wheelbase variant with a more conventional five-seat layout. 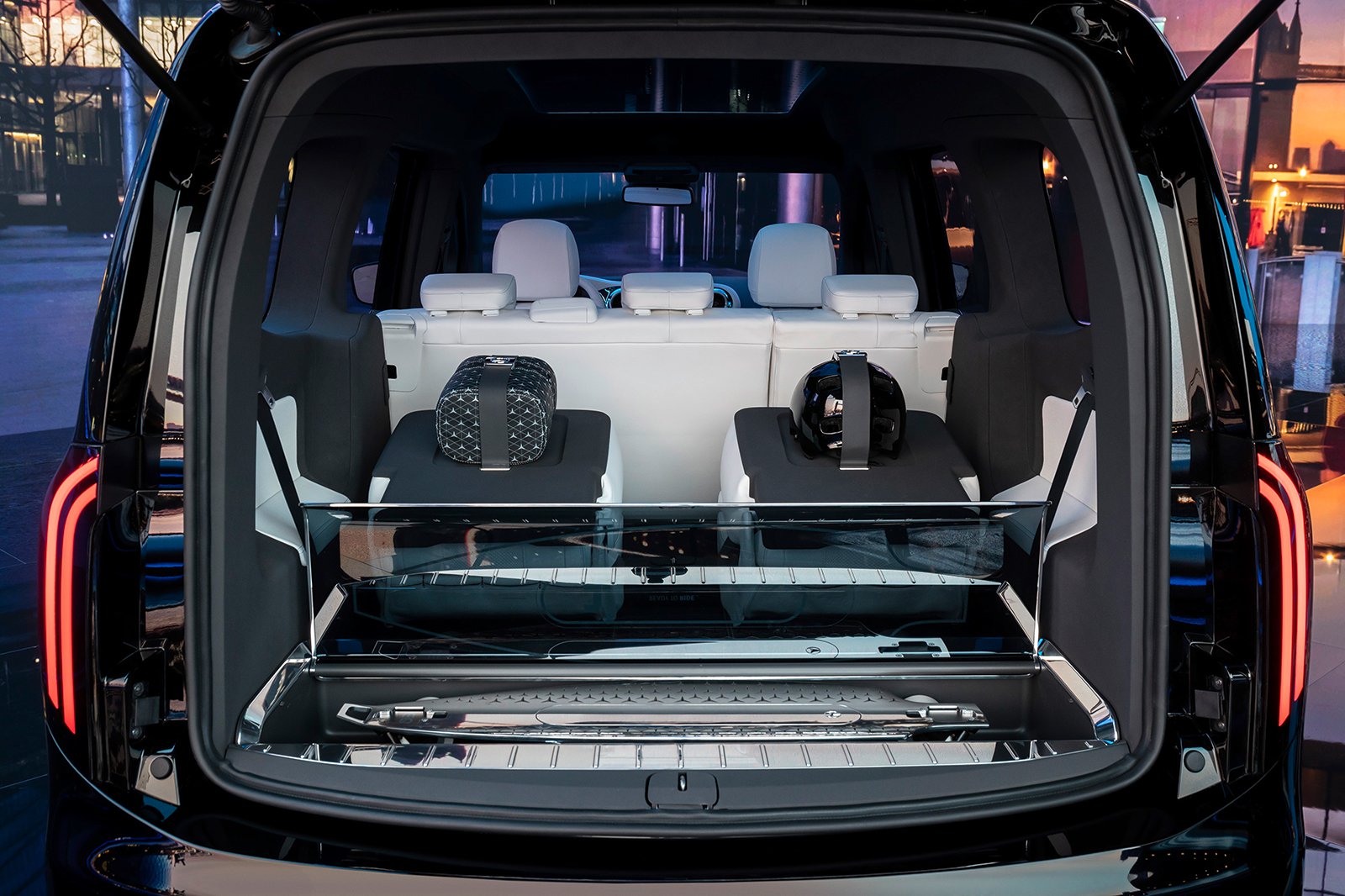 Speaking of production, the EQT (and the Citan small van on which the EQT is based) are expected to go on sale in 2022.

Is an electric van the right choice for you?