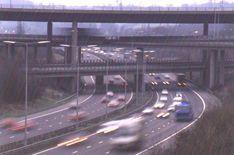 The AA has warned that planned car-sharing lanes in the UK may not work efficiently because they waste capacity.

About 60% of journeys in the UK are made by a car with just one person in it. To relieve the congestion these single-occupancy journeys can create, the Government has built car-sharing lanes in Bristol and Leeds. Others are due to open soon in Birmingham, West Yorkshire and Hertfordshire.

The AA says its own analysis shows that car-sharing lanes can work when they link dense residential areas with business districts, but to benefit from free-flowing traffic, the lanes need to run for a long distance.

However, in the UK, this tends not to be the case, and flexible working arrangements make it hard for UK residents to match their travel demands with their neighbours.

The AA says there can also be a problem with fraud. In the US, where such lanes have been running for some time, drivers have resorted to blow-up dolls or picking up hitchhikers to beat the system.

Although a camera system called 'Cyclops' is being developed in the UK which can detect the number of passengers in a car, the AA believes the technology is still some way from being 100% effective.

The AA's Edmund King said: 'In theory, car-sharing lanes make sense, but in practice they are used and abused, so they waste road capacity and are a nightmare to enforce.'

Bus lanes could also play a part in beating congestion, the AA believes - but instead of belonging solely to buses, it thinks they could be more effective if car-sharers were allowed to use them.