Mercedes plans to have 11 all-electric models on sale within the next four years, but what's coming and when? This is what we know about each model so far...

Mercedes has been comparatively slow to launch new electric cars, with its first effort, the EQC large SUV, only recently going on sale. However, in the near future the German brand is planning to have an entire range of fully electric EQ-badged models to rival that of Volkswagen's ID range. So what's coming and when? Below, we reveal everything we know so far. 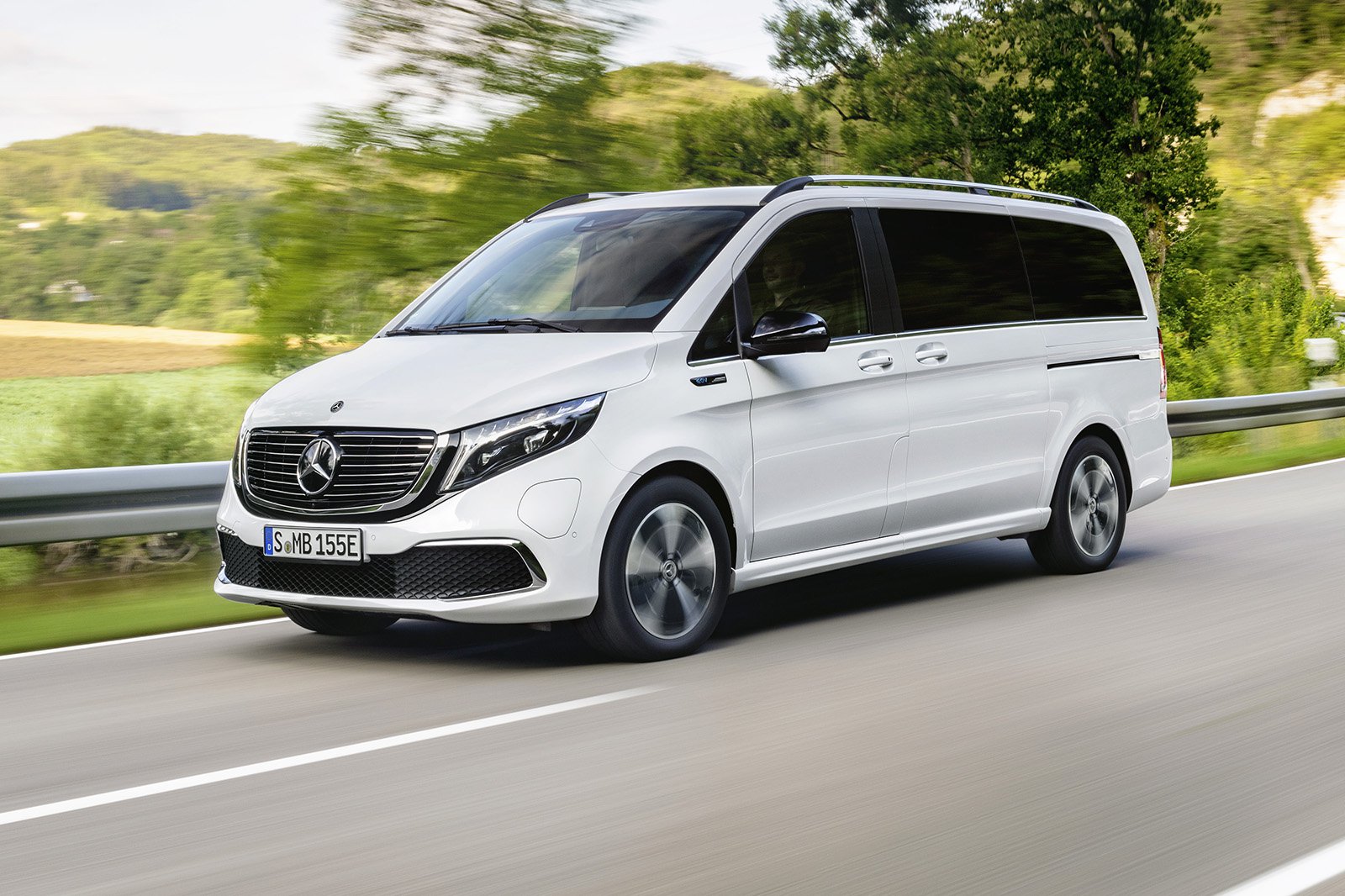 First deliveries of the EQV will begin before the end of the year. It's a big people carrier with seating for up to eight – although a more luxurious six-seat layout is also available – and it can travel for up to 213 miles between charges. Power comes from a single electric motor producing 201bhp, with energy stored in a massive 90kWh battery pack.

Inside, you'll find the same MBUX infotainment system that we've praised in Mercedes' latest models, plus a huge amount of storage space. Prices for the EQV start from £70,665, making it substantially cheaper than the seven-seat Tesla Model X SUV. 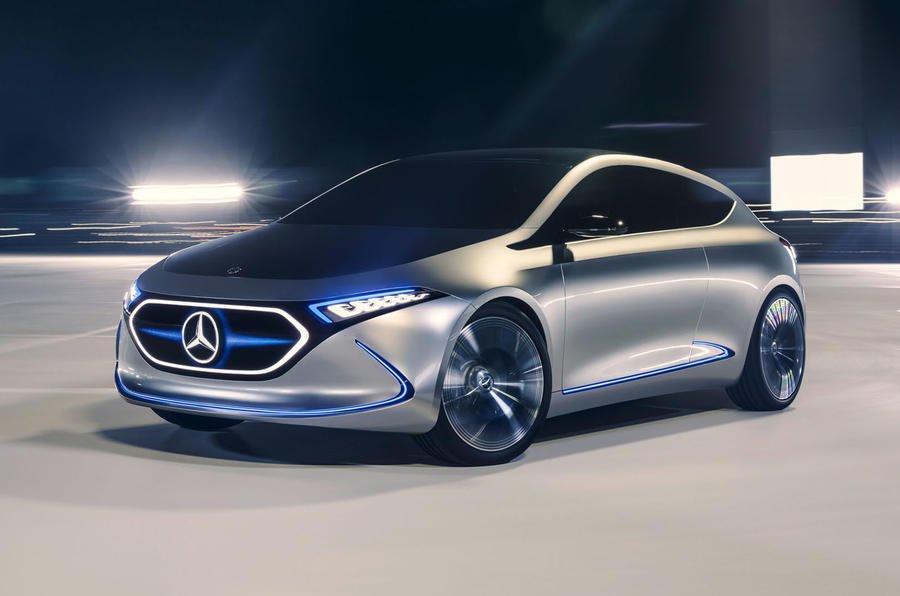 The EQA will be the smallest all-electric model in Mercedes' line-up. It's a small SUV which will count models including the Kia e-Niro and Hyundai Kona Electric among its key rivals, and will be roughly the same size as the GLA. In terms of styling, the EQA will be marked out from its conventionally engined sibling by a blanked-off front grille – an open grille isn't needed, since there's no engine to cool – as well as bespoke lighting and more aerodynamic alloy wheels. These features will all become hallmark design traits of the EQ range.

When the EQA was first shown as a concept (above), it took the form of a hatchback, prompting rumours that the car would be an all-electric version of the A-Class family hatchback. However, Mercedes' decision to make the model an SUV is thought to be motivated by the fact that such cars' higher rooflines mean that batteries can be more easily hidden under the rear seats, without compromising passenger or boot space too much.

In concept form, the EQA is powered by two electric motors producing a combined 268bhp, which is enough for a 0-62mph sprint time of around 5.0sec. In production form, however, versions of the EQA with a single electric motor (so two-wheel drive) will also be sold. Even in entry level form, the EQA is said to have a range of around 249 miles. For context, that's less than the Kona and e-Niro offer, but in line with the upcoming Volvo XC40 Recharge P8. 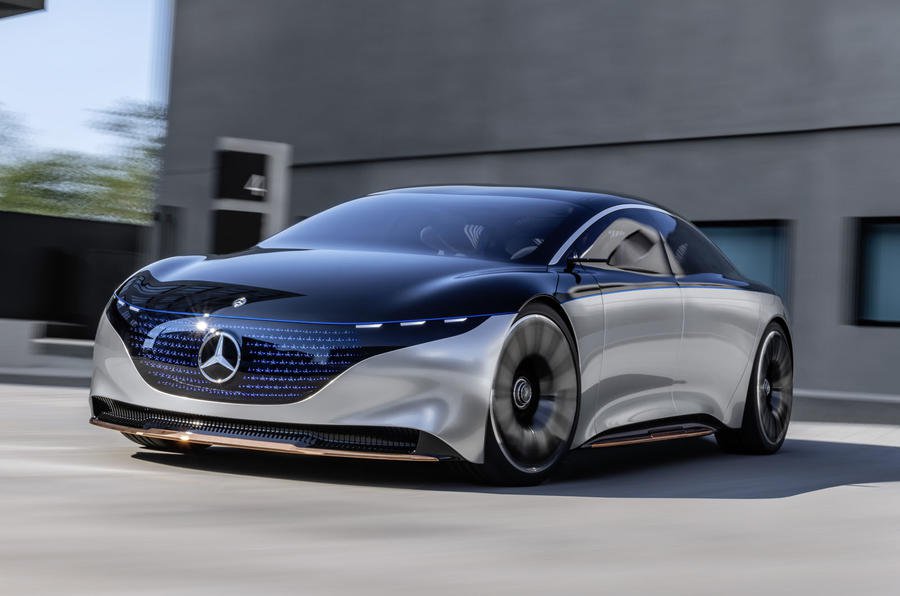 The latest S-Class luxury limousine was recently revealed, and will get an all-electric sister car called the EQS, which will sit at the very top of Mercedes' EQ electric car range. Destined to rival the upcoming all-electric Jaguar XJ and Audi E-tron GT as well as the Porsche Taycan, the EQS was previewed by the 2019 Vision EQS concept car (above).

Power will come from dual electric motors, and thanks to its sheer size – giving more space to store batteries – the EQS should comfortably out-run most rivals, with a targeted range of 435 miles between charges. Recent spy photos have shown that the EQS will have many of the same interior fittings as the latest S-Class, including that car's portrait-oriented 12.8in touchscreen infotainment system.

As the range-topping EQ model, the EQS should also come with the most advanced autonomous driving systems Mercedes has ever developed. 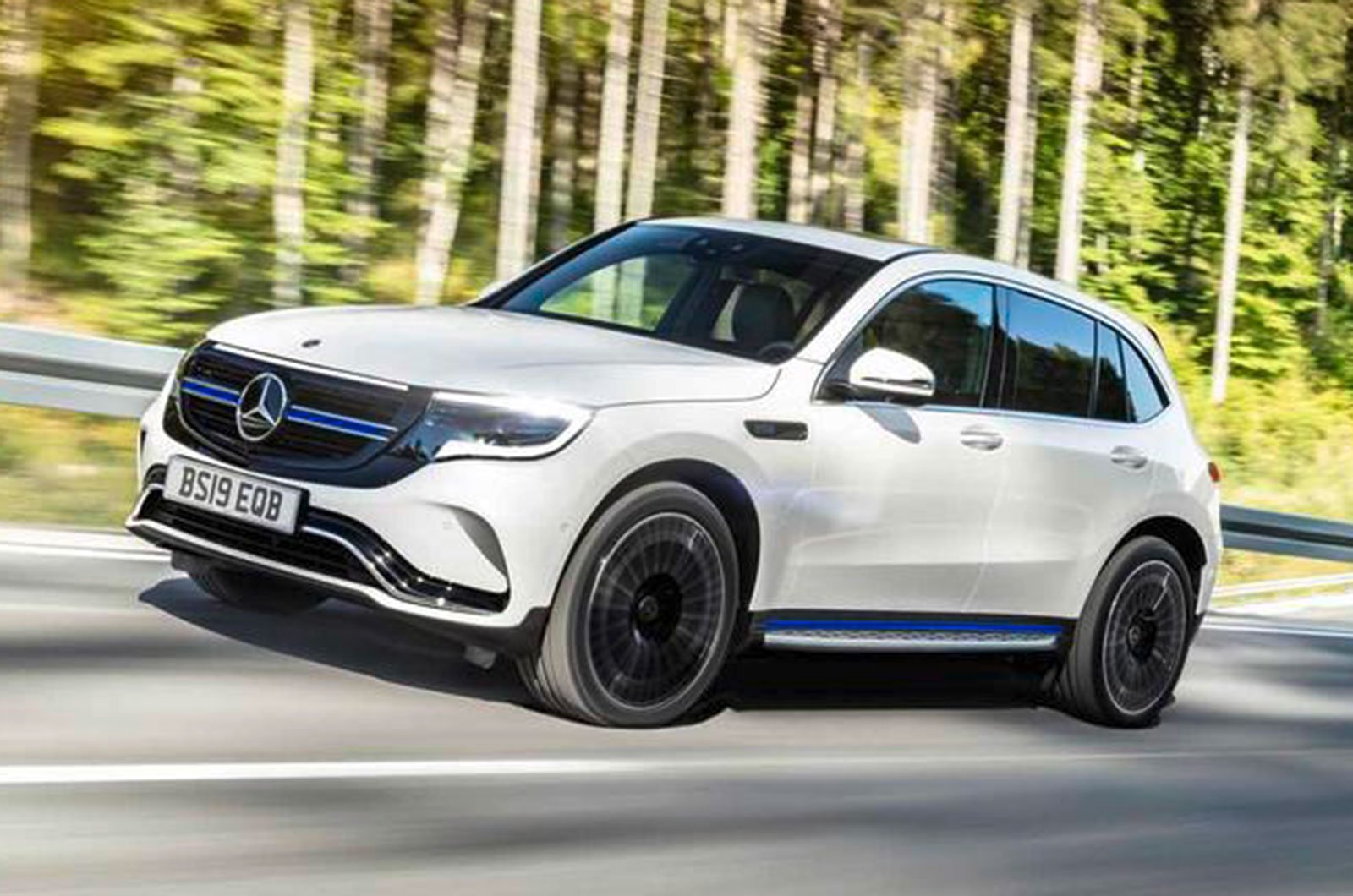 Step one rung up the ladder of Mercedes' EQ SUV range from the EQA, and you'll find the EQB. Based heavily on the GLB large SUV, the EQB is a rival for the Audi E-tron and Jaguar I-Pace, as well as the upcoming BMW iX3.

It features two electric motors and four-wheel drive, and is fed by a 60kWh battery pack, which should give it a range of around 310 miles – more than most rivals. It's not known yet whether the EQB will have seven seats like its GLB sister, but such a feature would be unique among its rivals.

Like the smaller EQA, the EQB will sport mostly conventional looks, but touches including a closed front grille and more aerodynamic wheels will help to mark it out from its GLB sibling. 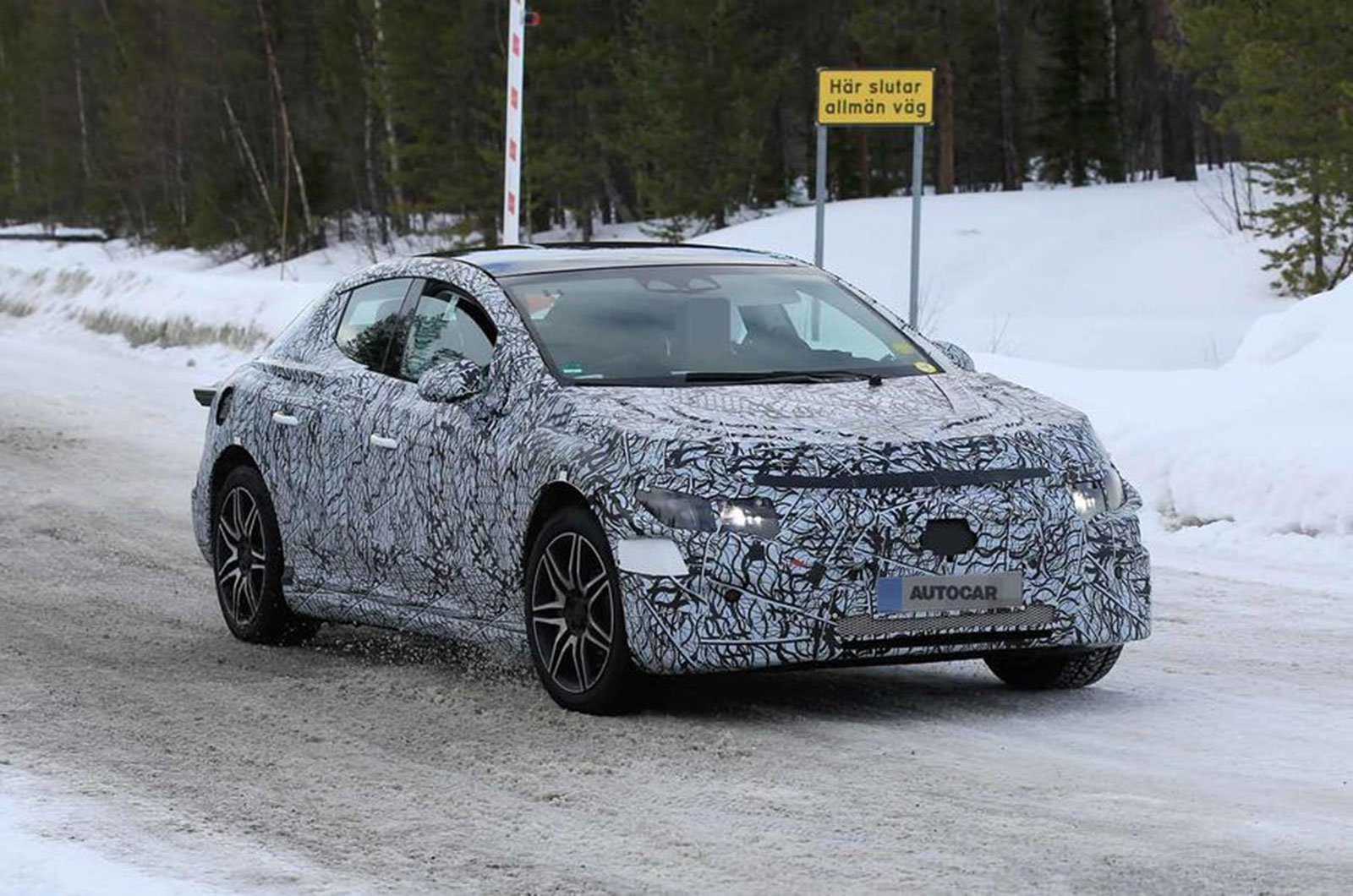 Similar in size to the current E-Class, the EQE saloon will rival the next-generation Tesla Model S in the electric luxury car market. Space is a big priority here – Mercedes insiders have said that the car's underpinnings have been designed to cleverly hide the battery under the floor, and thus free up space inside for people and luggage. Indeed, the EQE Saloon is intended to offer space to rival that of the S-Class luxury limo.

Power will come from two electric motors, but buyers will be able to choose from versions optimised for either range or performance and have the option of four-wheel drive. Expect range-topping versions of the EQE Saloon to cover up to 373 miles between charges – just shy of today's Model S in Long Range form. 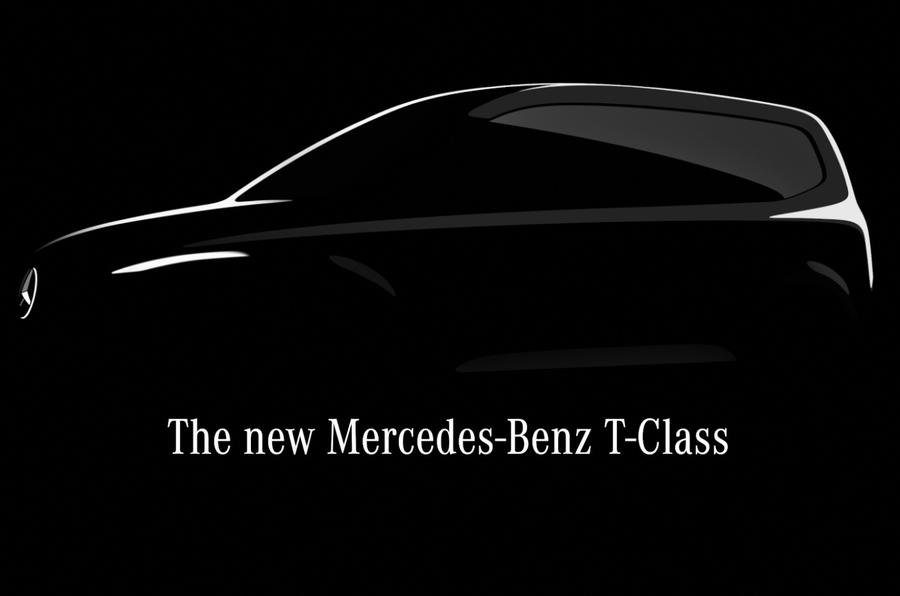 Sitting underneath the EQV in Mercedes' line-up, the EQT will be an electric version of the recently announced T-Class people carrier, which is itself based on a new version of the Mercedes Citan van.

A spiritual successor to the Vaneo MPV, which was axed in 2005, the EQT is expected to feature a single electric motor and be able to travel at least 100 miles between charges. It's expected to have seating for up to five people, but will major on offering plenty of storage space. It will be aimed at buyers with active lifestyles, who don't want an SUV. 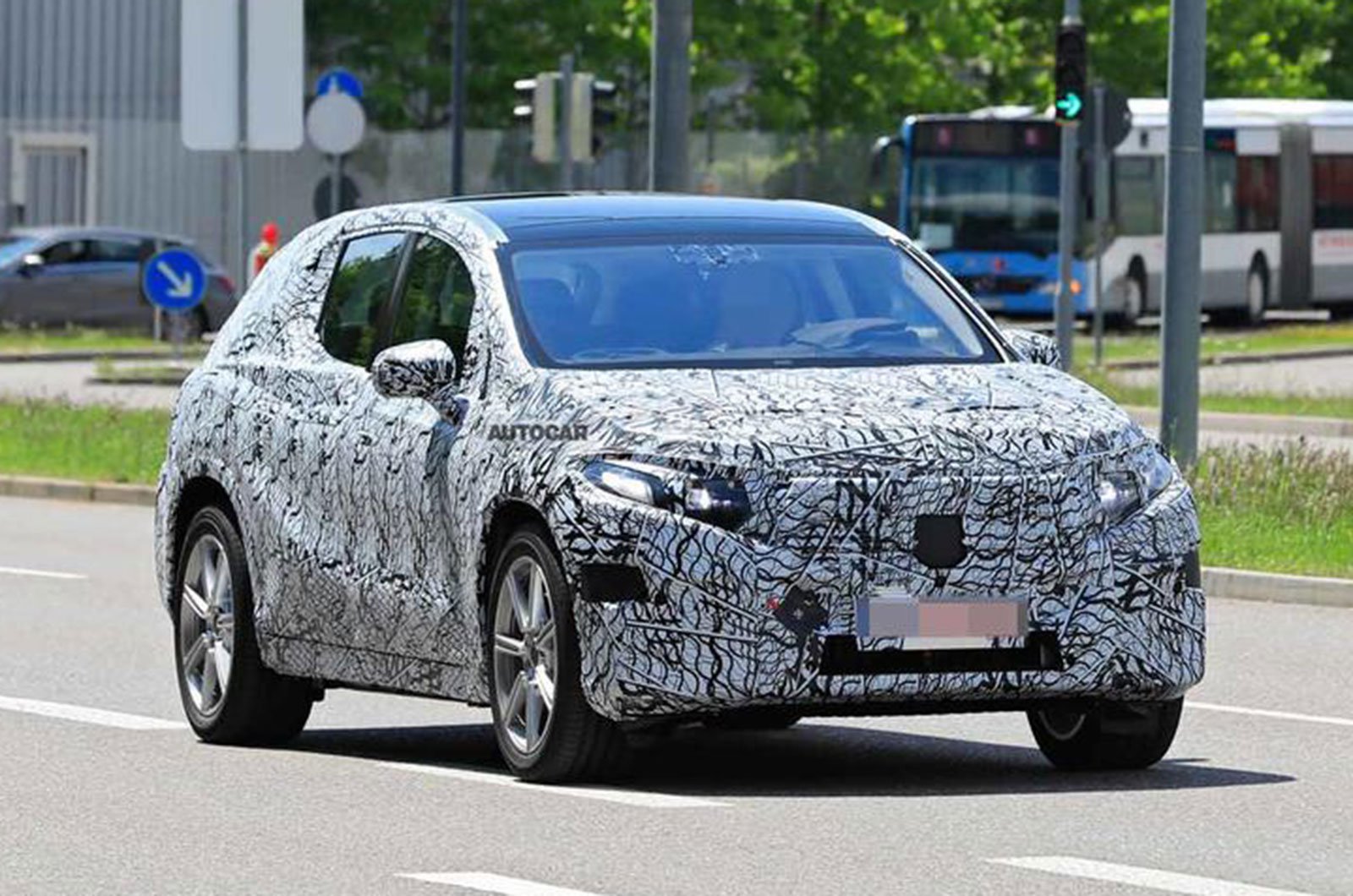 The EQE SUV is intended, for the moment at least, to be the largest and most luxurious electric SUV Mercedes will make. Similar in size to the existing GLE large SUV, the model has already been spotted testing in prototype form. Key rivals will include the seven-seat Tesla Model X, and the long-rumoured Road Rover electric SUV from Land Rover.

Power will initially come from two electric motors offering four-wheel drive, although variants with rear-wheel drive and a single electric motor could arrive soon after launch. Since the EQE is intended to sit above the current EQC in Mercedes line-up, expect both power and range to eclipse the 402bhp and 259 miles offered by that car.

Indeed, because of advances in battery technology, Mercedes is said to be targeting a range of around 373 miles – giving the EQE even more range than the Ford Mustang Mach E, which currently has the longest range of any electric SUV, being able to cover up to 370 miles between charges. 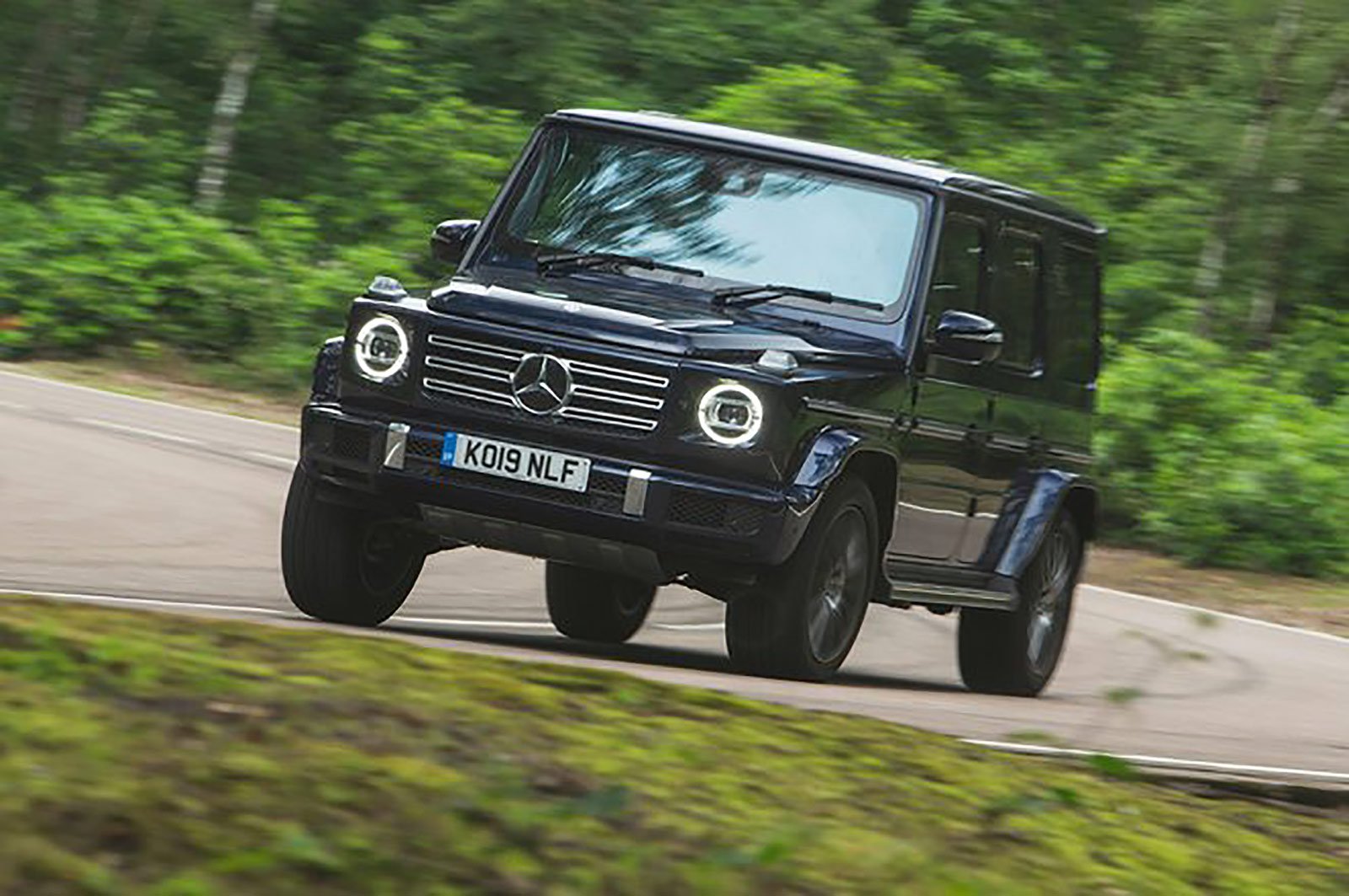 As odd as it may sound, a fully electric version of the hardcore Mercedes G-Class off-roader really is on the cards – indeed, Mercedes applied to trademark the name EQG back in 2016.

Like the majority of the EQ range, power will come from two electric motors, but buyers will likely be able to choose from different driving modes suited to going off-road. Expect at least 250 miles between charges, too. 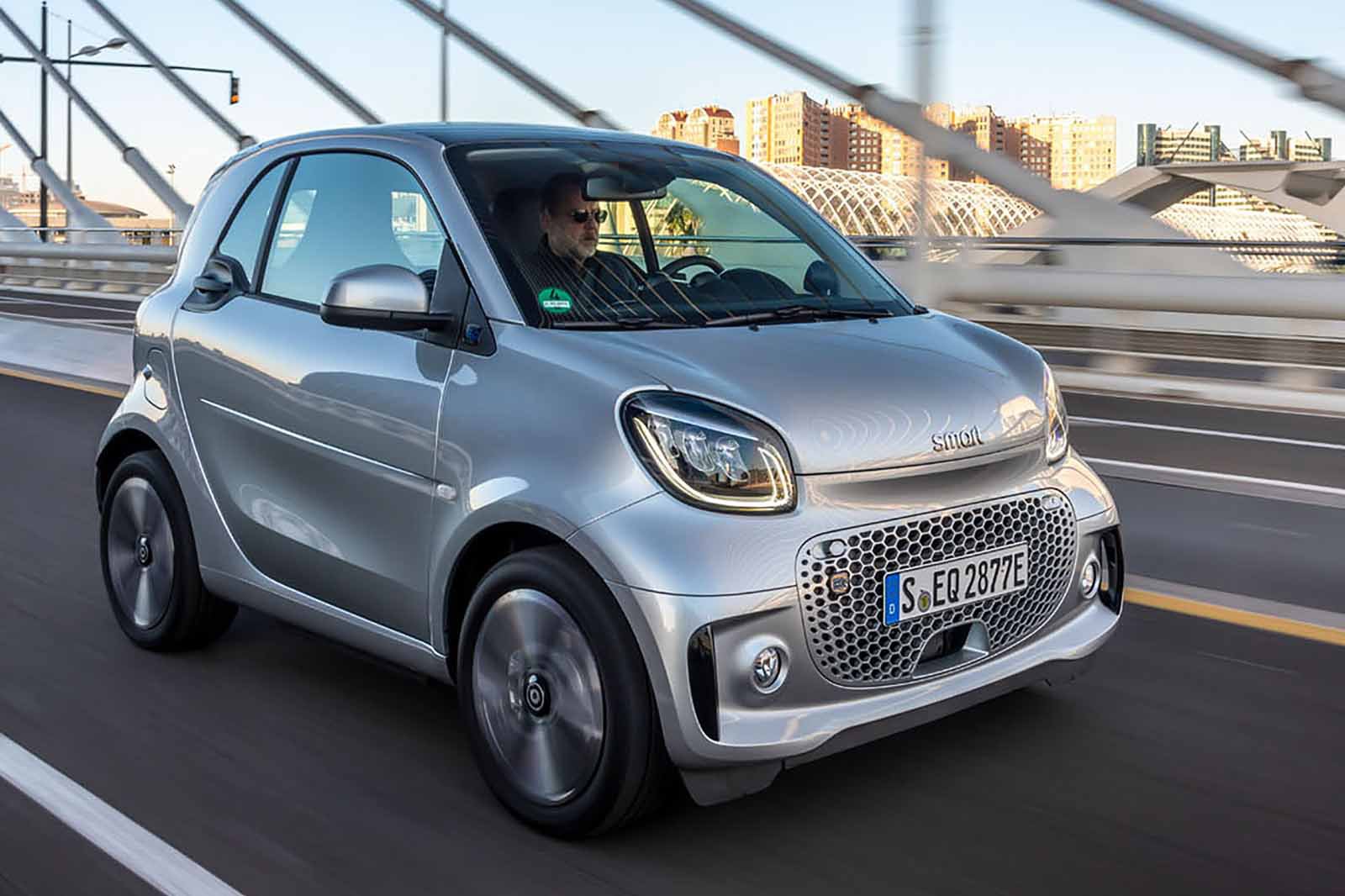 You might have noticed that earlier we said that Mercedes was planning 11 electric cars as part of its line-up, and you may also have noticed that what's missing from the models revealed so far is something small and ideally suited for the city – that's where the Smart brand comes in.

In 2019, Mercedes said that Smart would become a fully electric brand, and hence the latest Fortwo EQ and Forfour EQ are electric-only. Both are already on sale, with the Fortwo officially able to cover up to 84 miles between charges, and the ForFour 81 miles.