five cars you can buy soon 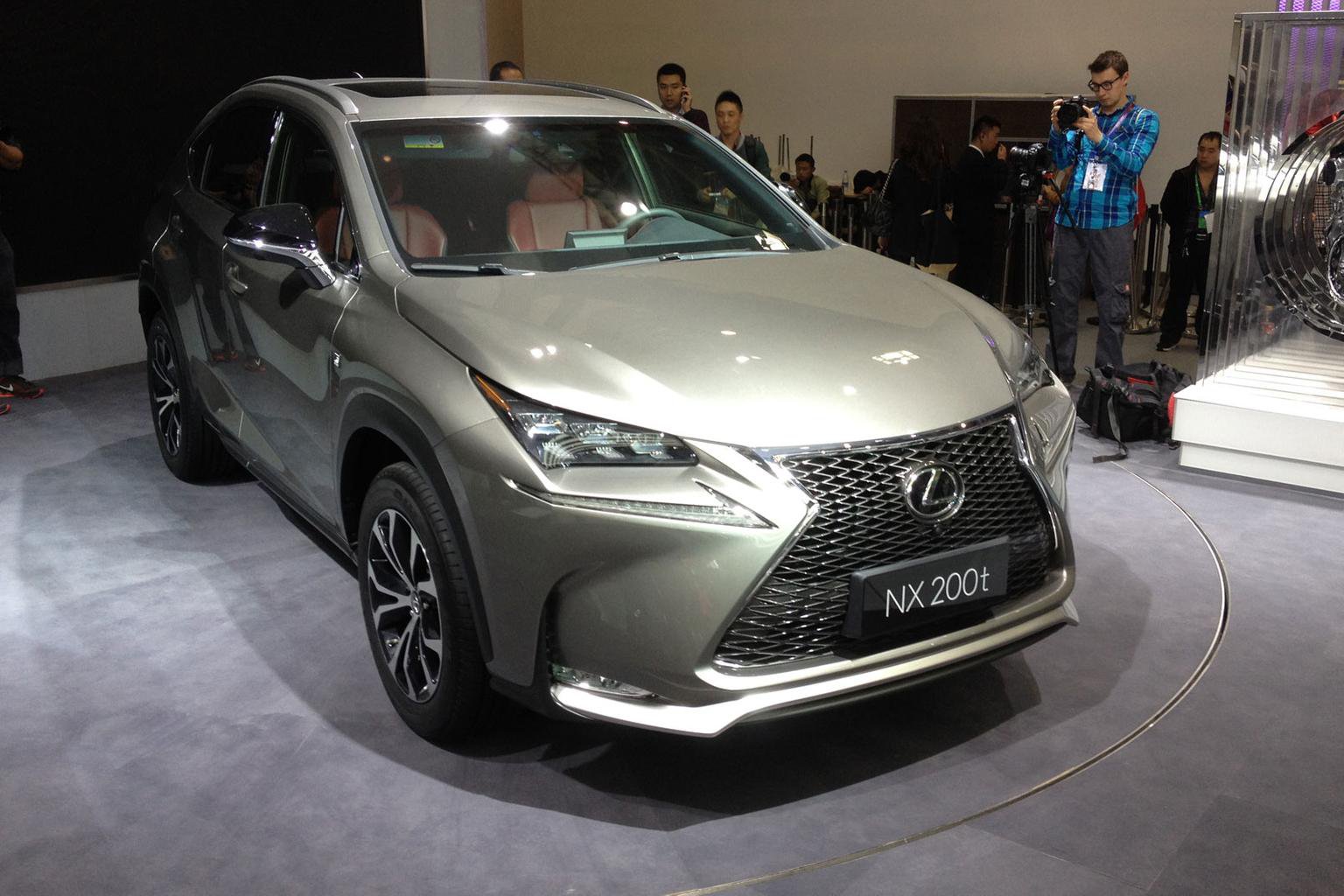 Why should you be interested in the Beijing motor show? Well, China is now the world’s largest car market, meaning that its flagship shows (which alternate between Beijing and Shanghai each year) are jam-packed with significant new car launches that will resonate in markets all around the globe, including the UK.

Lexus NX
When Lexus bosses issued the rallying cry for its designers to start making eye-catching cars a few years ago, few expected them to go quite so far.

The Lexus NX will be a rival to the Range Rover Evoque, Audi Q5 and BMW X3, and its looks have already succeeded in polarising opinion. It will go on sale in the UK from May.

As well as the striking exterior, Lexus says it has taken inspiration from sports cars for the five-seat interior. It mimics the exterior’s angular design, and features a large central digital screen that is used to control all infotainment systems, plus a head-up display system that projects information onto the windscreen to allow the driver to keep their eyes on the road.

Buyers will be able to choose from two-wheel-drive and four-wheel-drive versions of the NX, regardless of their engine choice.

As standard, all Touaregs will also be fitted with a post-collision braking system and a fuel-saving coasting function that is automatically selected at appropriate times by the eight-speed automatic gearbox.

VW has also streamlined the engine options. It has axed the V8 and hybrid versions of the car, but upgraded its two 3.0-litre diesels to offer more power but better fuel economy.

In the Boxster GTS it has 325bhp and 272lb ft of torque for a 0-62mph time of 4.7sec.
A six-speed manual gearbox is standard on each car, with the faster shifting seven-speed dual-clutch automatic offered as a cost option.

Both GTS models get Porsche’s Sport Chrono package, which sharpens the car’s responses to a more sporty level, and the Porsche Active Suspension Management system (PASM), which results in lowered suspension and electronically controlled adaptive dampers, as standard.

Mini Paceman
The overhaul of the Mini range continues apace at the Beijing motor show, with the reveal of the face-lifted Mini Paceman.

Changes centre around mild modifications to the exterior and interior, including a new front grille, new LED lights and a new alloy wheel design (as on the revised Mini Countryman), plus a more economical engine line-up.

All of the car’s engines now meet Euro VI emissions regulations and there are small gains in efficiency across the range.

The cleanest Paceman, the Cooper D, now emits 111g/km of CO2, while the petrol-engined Cooper S gets a power gain, up to 187bhp, but lowers its CO2 emissions to 139g/km.

No prices have been released, but they are expected to be broadly in line with those of the current model.