The Renault Zoe has been unveiled at the Geneva motor show, kick-starting the French manufacturers electric vehicles push in earnest and setting a new benchmark for low-priced EVs

The Zoe is the second Renault EV to be unveiled in the past 12 months - but its funky design, bespoke powertrain and aggressive price mean its much more significant than the cumbersome Fluence saloon.

After the UK government EV grant is taken into account, itll cost 13,650 on the road - which makes it more than 10k cheaper than the Nissan Leaf, although buyers will have to pay a monthly fee to lease the car's batteries from Renault.

A five-door supermini, the Zoe is 4080mm long, 1730mm wide and 1560mm high, so its larger all round than the current generation of Renault Clio. It also beats that cars boot capacity by 50 litres, at 328 litres.

The Zoe is equipped with an 87bhp electric motor that provides 162lb ft of torque; its top speed is 84mph and the range is 130 miles. Renault estimates that in real-world conditions, in suburban use, drivers will achieve 90 miles in mild weather and 60 miles in the cold.

The Zoes charging system - called Chameleon - can cope with single-phase and three-phase systems. The single-phase charge - in effect a regular wall plug - takes nine hours, but a 32A three-phase set-up can fully replenish the battery in an hour.

The Zoe is due on sale in the autumn. It joins the Fluence and the innovative Twizy in Renaults zero-emissions-vehicle offensive. EVs will fill a third of each Renault dealer by next year; the other slots will be taken up by conventional models and budget Dacias. 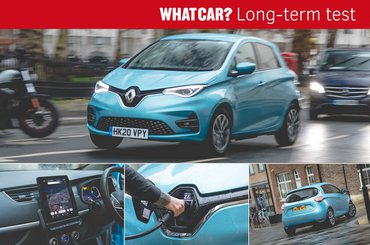 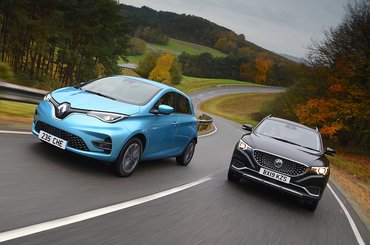