More for you |
Most efficient hybrid cars you can buyEvery Mercedes EQ electric car previewedAudi A3 Sportback long term test reviewJaguar E-Pace vs Jaguar F-Pace: which is best?It it right for dealer to keep a used car's registration document for months?
Home
News
GM Europe could be bankrupt in a month
news

GM Europe could be bankrupt in a month 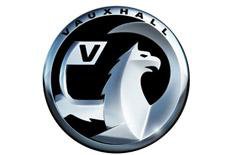 The European arm of General Motors, which includes Vauxhall and Opel, has warned that it could run out of money within a month, putting up to 300,000 jobs at risk.

Outlining why GM needs aid from European governments, Fritz Henderson, GM's chief operating officer, said it would run out of money 'in the second quarter of 2009'.

'Theres no guarantee we could stay alive,' said Henderson. 'We would become insolvent at that point.'

GM has asked German states for 3.3 billion euros worth of bail-out funds in exchange for shares in the company.

It has also held talks with governments of the UK, Spain, Poland and other European countries about providing aid.