Our chief photographer wanted an SUV that was frugal and fun to drive, yet still practical enough to swallow all his gear. Will the Jaguar E-Pace fit the bill?...

Why it’s here To see whether one premium family SUV can combine fun, comfort and practicality

Needs to Work hard on weekdays, entertain on Saturday and Sunday, and feel indulgent all the time

Having returned from his hols, chief photographer John Bradshaw kindly lent me his Jaguar E-Pace so that I (James Tute, senior sub-editor and public transport-reliant urbanite) might do the same. And, while recent weeks have seen him throwing a lot at – and into – the E-Pace, testing its practicality to the limits, my plan was a little different.

Yes, there’d be a couple of 200-mile slogs from London to Cheshire and back, and lots of town and city centre miles to cover, but what I was really looking forward to was trying to detect traces of the classic Jaguar E-Type sports car DNA under the E-Pace’s family SUV skin. In short, I wanted to see if this practical family car had some sportiness about it. 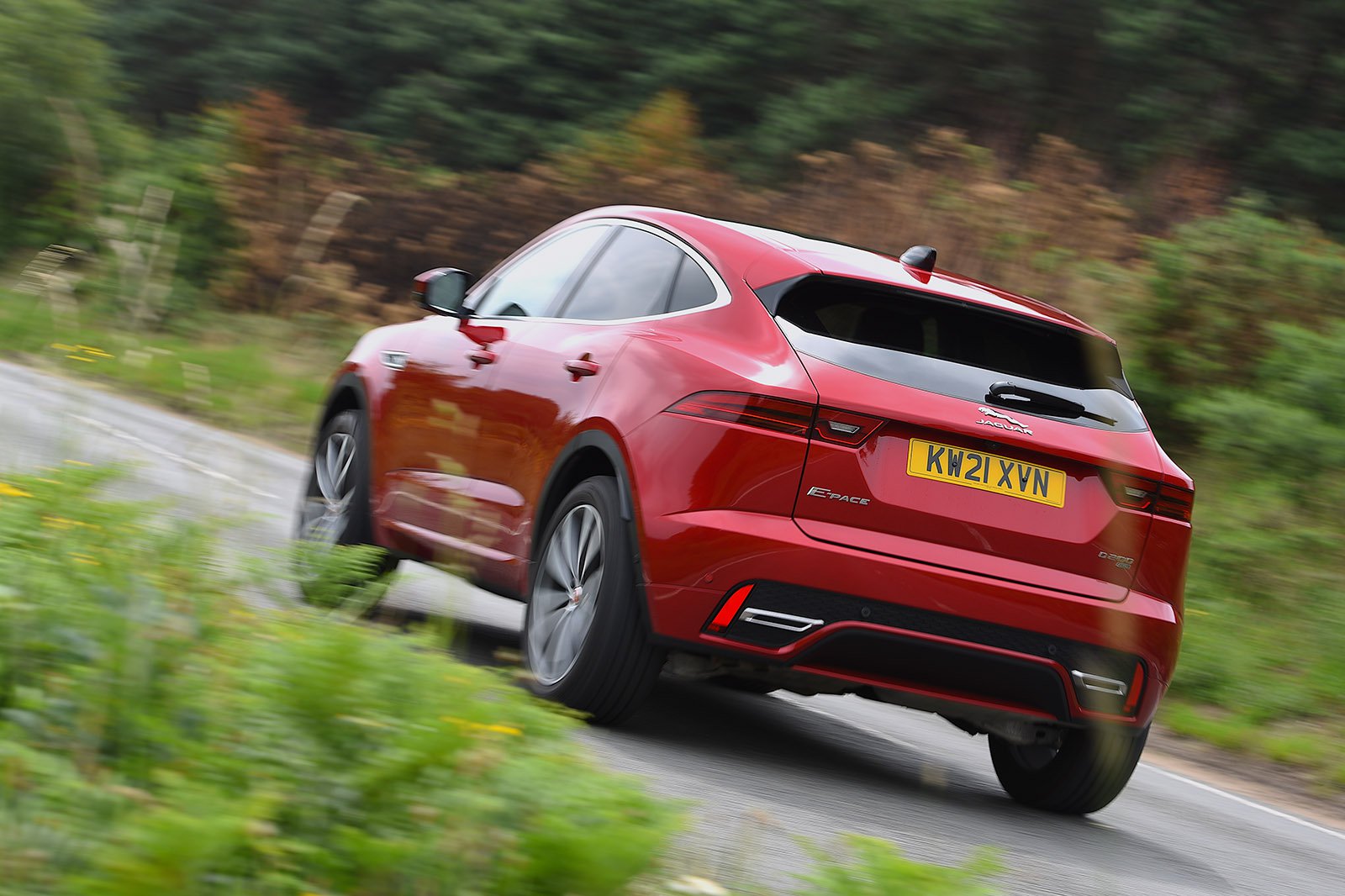 If Hollywood ever adds ‘Escape from London’ to the LA and New York-based sci-fi movies, it’s unlikely to involve high-speed driving. Such is modern city life, and I was grateful to the E-Pace on at least three counts as we trundled northwards towards the Peak District.

Firstly, being able to set a maximum, limited speed using the cruise control switch on the steering wheel does wonders for stress levels. It’s calming to know that I won’t creep over a 20mph camera-enforced speed limit as I scan the road for darting pedestrians, cyclists, mopeds and the correct turn-off. 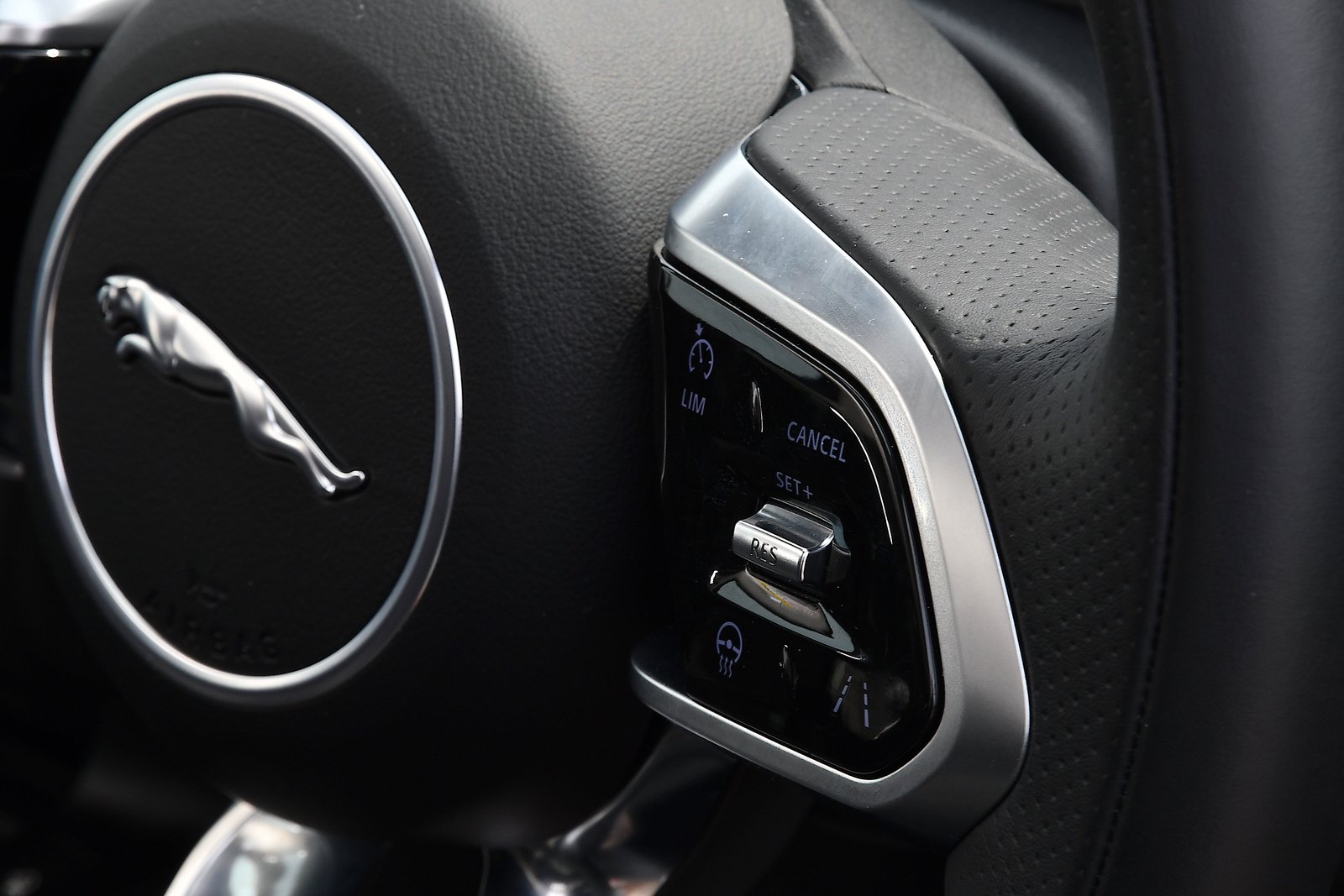 Secondly – and for similar reasons – I appreciated the head-up display, which projects your speed, the speed limit and other information onto the windscreen. It works with the cruise control, so you don’t have to look down at the regular driver display as you dial in your chosen pace.

Finally, I welcomed the automatic stop-start system, which silences the (already quiet) mild-hybrid diesel engine when you come to a halt. It worked well, firing up quickly each time I pressed the accelerator.

Those features were equally valuable during the motorway stretches of the journey. When the traffic flowed, it was easy to make good progress, and the nine-speed automatic gearbox took the pain out of congested sections. My passengers had an even easier time of it, sprawling in the supportive leather seats, and we arrived six hours after leaving central London (yes, six) surprisingly bright-eyed and bushy-tailed. 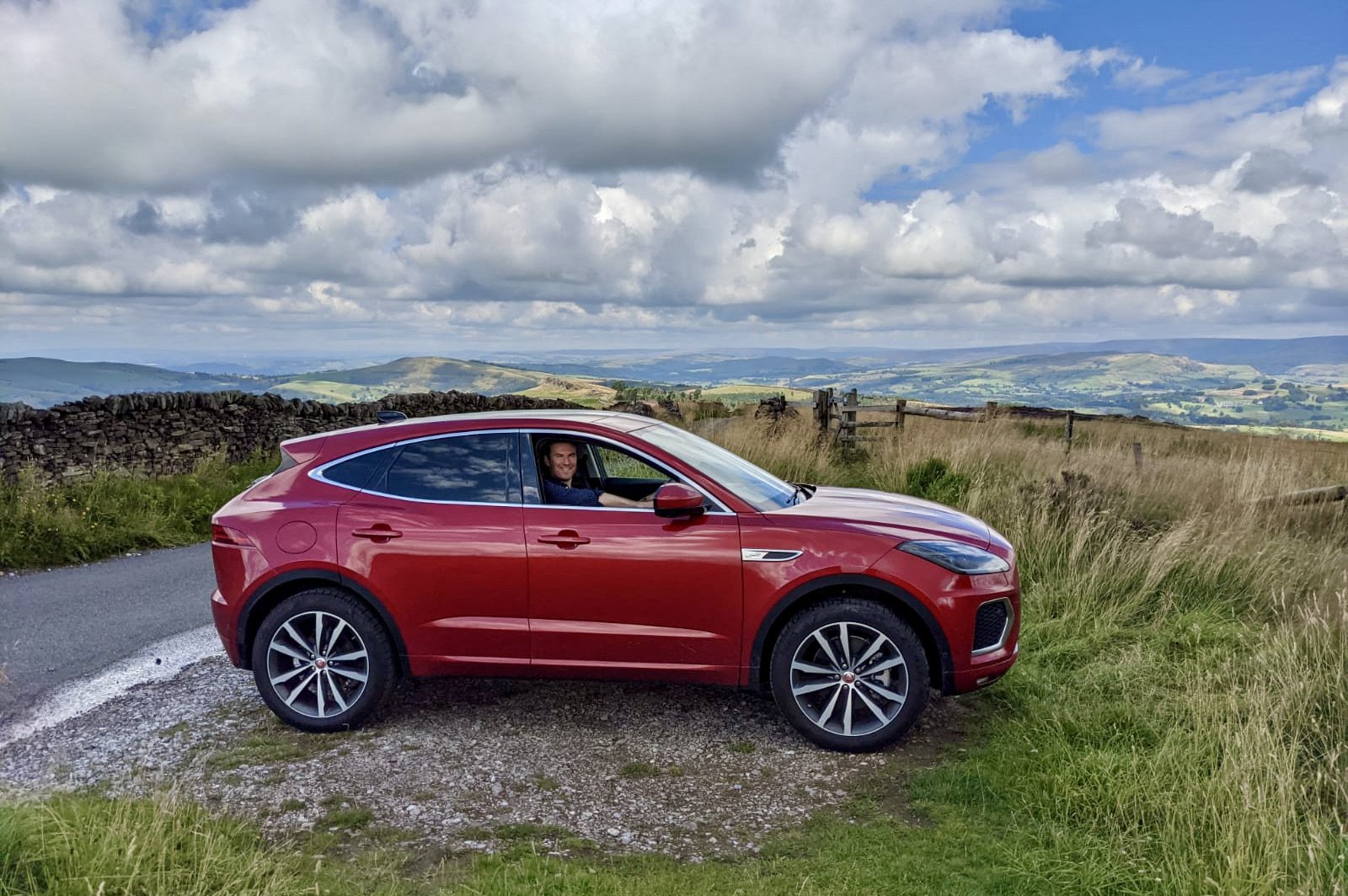 And so to the fun bit – whizzing up into the hills. I’m happy to report that I had an absolute blast, pushing the E-Pace from bend to bend, then using the powerful brakes to decelerate hard, ready to build up speed again as the car locked into the curve of the road. Regardless of the road surface or velocity, the E-Pace always felt utterly stable, and those brakes really are astonishingly good.

In truth, it was mischievous to mention the E-Type earlier, because a high and hefty family SUV is never going to get close to the two-seater, wind-in-your-hair driving fantasy. But could it capture some of that spirit on a day off from lugging people and their kit in comfort? Very much so – it’s in its DNA. 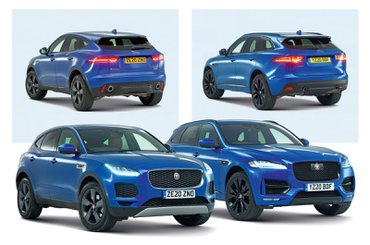