How much difference is there between Jaguar’s SUVs? Time to see whether you should go large with the F-Pace or save some money with the smaller E-Pace...

Front space isn’t an issue in either car. However, the F-Pace puts a little more distance between you and your passenger, and tall drivers might want to avoid the optional panoramic glass roofs; these can leave the top of your head quite close to the ceiling.

Even with a panoramic roof fitted, though, there’s just enough head room for a six-footer and leg room to spare in the rear of the F-Pace. The E-Pace has a similar amount of rear head room but significantly less leg room, leaving the lanky with their legs close to the backs of the seats in front. If you need to squeeze three in the back, both are similarly wide and have large humps in the floor. 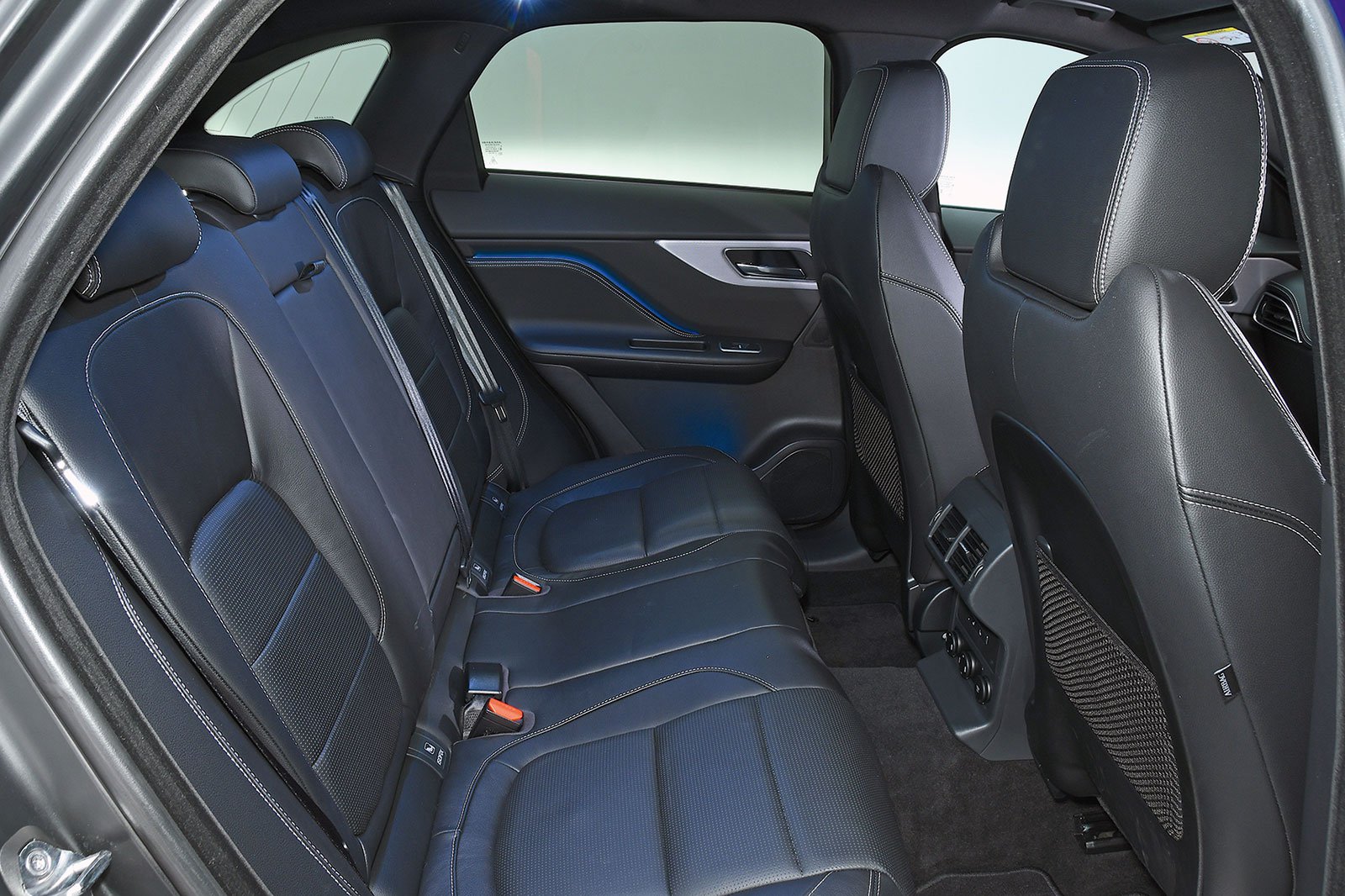 The F-Pace has a useful advantage when it comes to boot space, swallowing eight carry-on suitcases to the E-Pace’s six. Low lips at their entrances make loading heavy items easier, while the F-Pace adds an electric tailgate – a £420 option on the E-Pace. The F-Pace also has a handy 40/20/40 split to its rear seatbacks, as opposed to the E-Pace’s 60/40 arrangement. 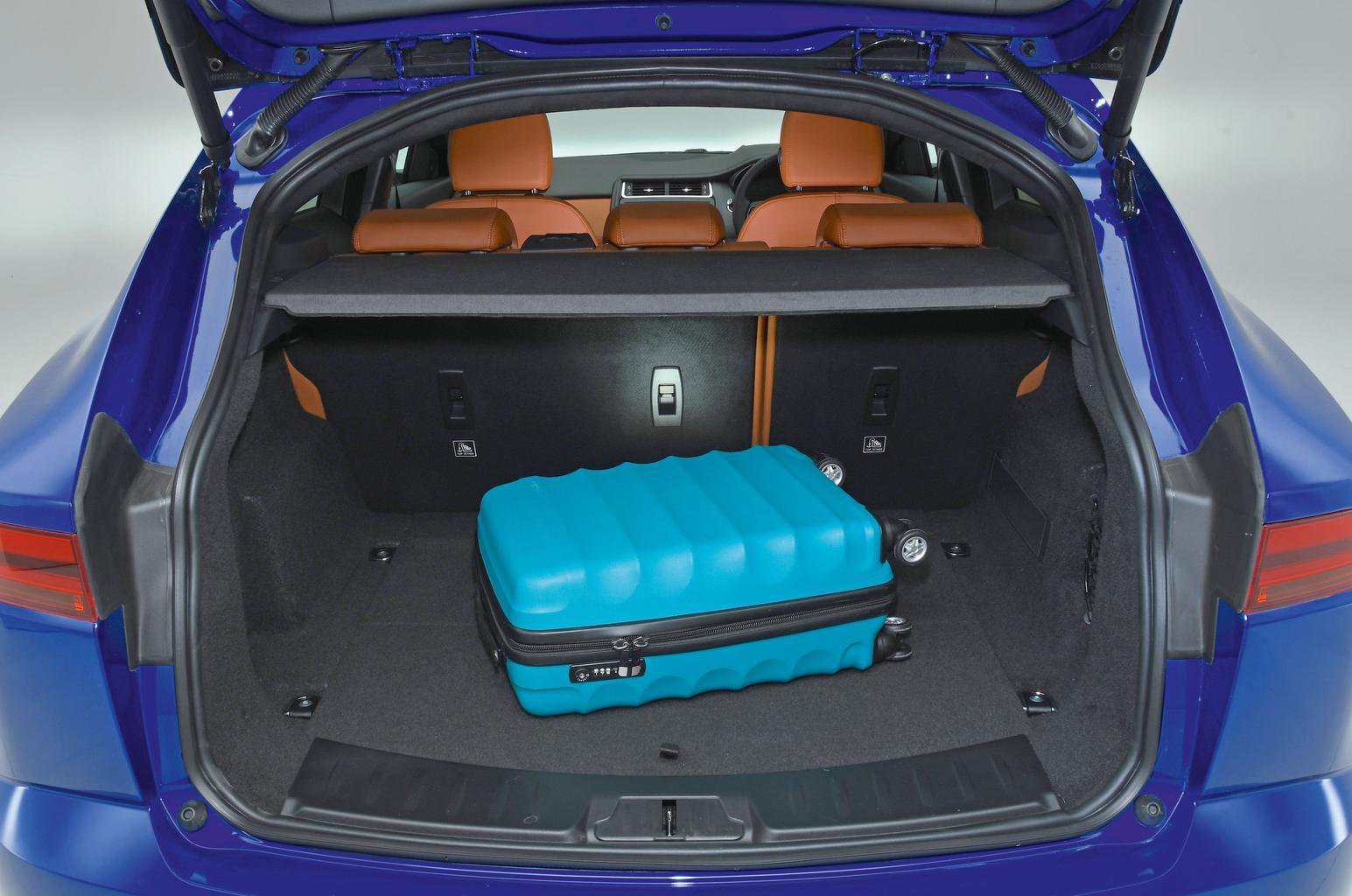 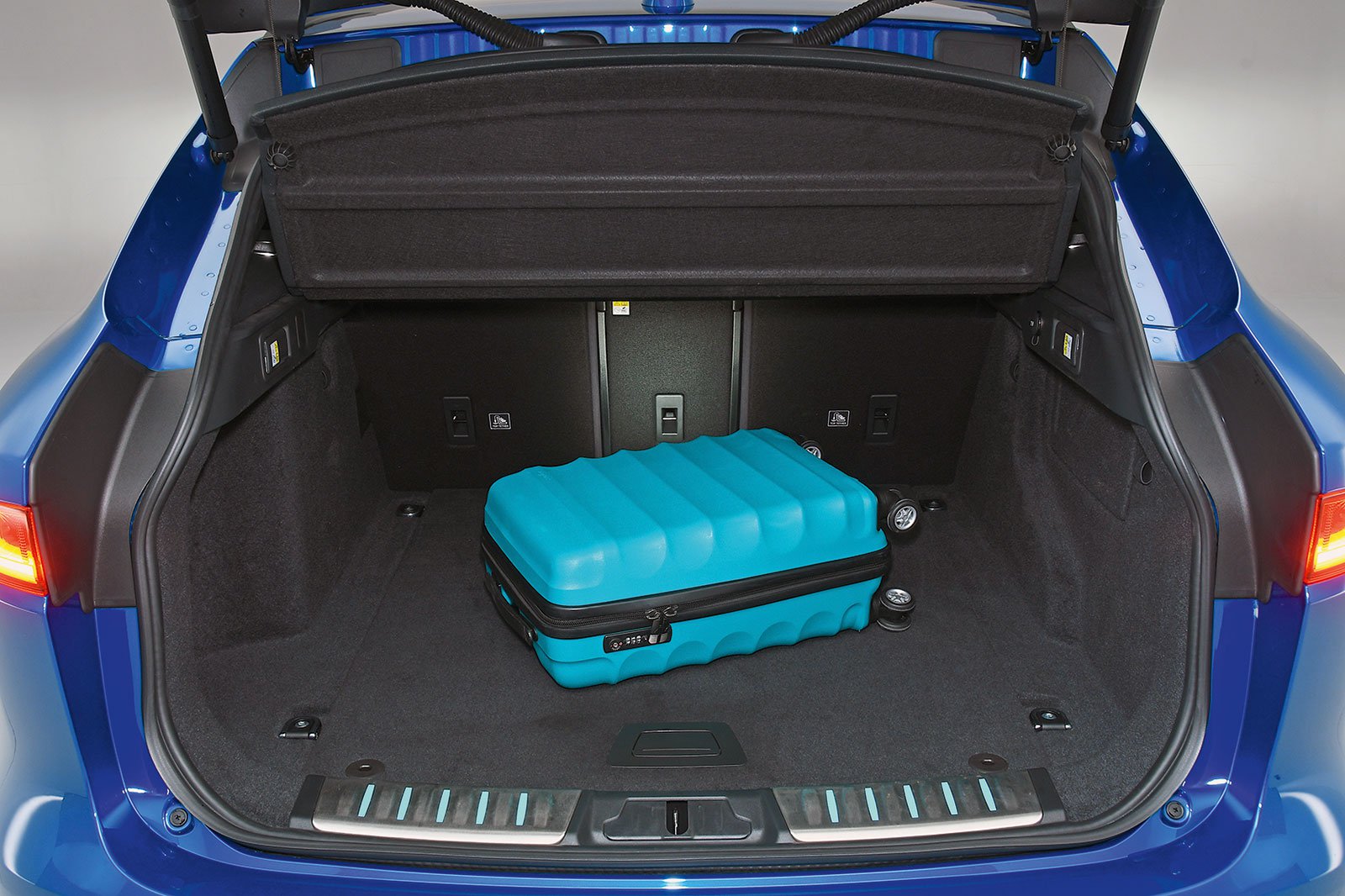