The Kia e-Niro is a former What Car? Car of the Year and remains an excellent choice if you're looking to go electric. But is the same brand's new Soul EV even better?...

A former Car of the Year, thanks to its practicality, performance and range.

Uses essentially the same technology as the e-Niro, but has it moved things on?

If we asked you to name a significant electric vehicle (EV), would the Kia Soul immediately spring to mind? We're guessing you'd be far more likely to highlight a Tesla, given the hype surrounding Elon Musk's company, or the Nissan Leaf, because it's the world's best selling electric car. However, in reality the Soul is also quite a trend setter.

You see, when the second-generation version was released in 2014, it was the first production car that you could order with petrol, diesel or fully electric power. And yet, despite its distinctive SUV looks and an impressive (for the time) official range of 132 miles, it never really caught on with British buyers. 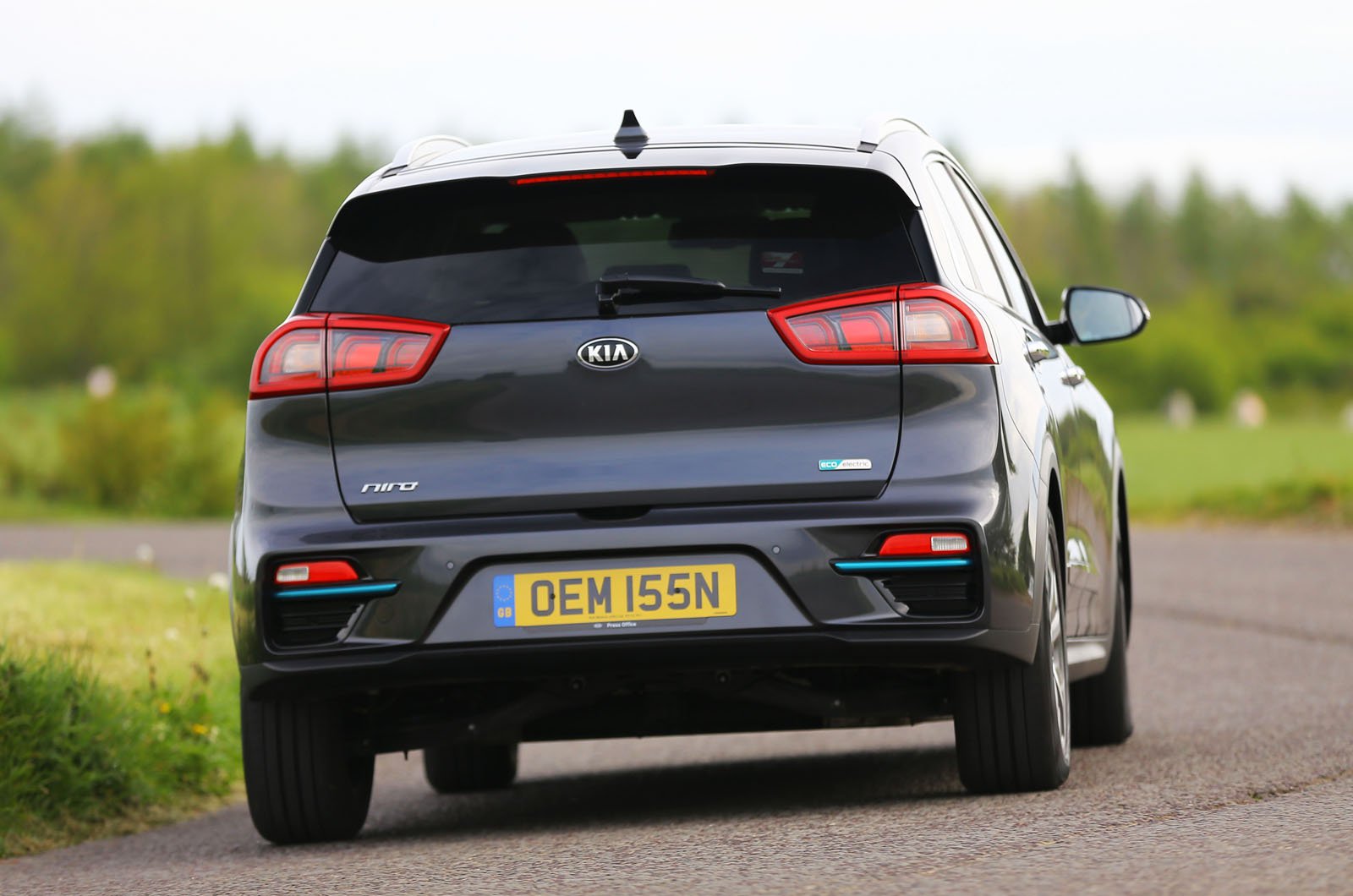 Instead, it was the e-Niro, which arrived a few years later, that was Kia's first big electric hit. And, to be fair, the e-Niro's popularity was thoroughly deserved; it was such a step forward that we gave it our 2019 Car of the Year award.

Now, though, there's an all-new Soul EV, which uses the same 64kWh battery and 201bhp electric motor as its e-Niro sibling. And that raises an important question if you like the idea of a fully electric family SUV: which one is better?

Any lingering concerns you might have that electric cars are just glorified milk floats will be banished by these two. Floor the accelerator and they will accelerate from 0-60mph in around 7.5sec. Or, to put it another way, they're fast enough to embarrass plenty of hot hatches, let alone cheaper electric models such as the Peugeot e-208 and Renault Zoe. 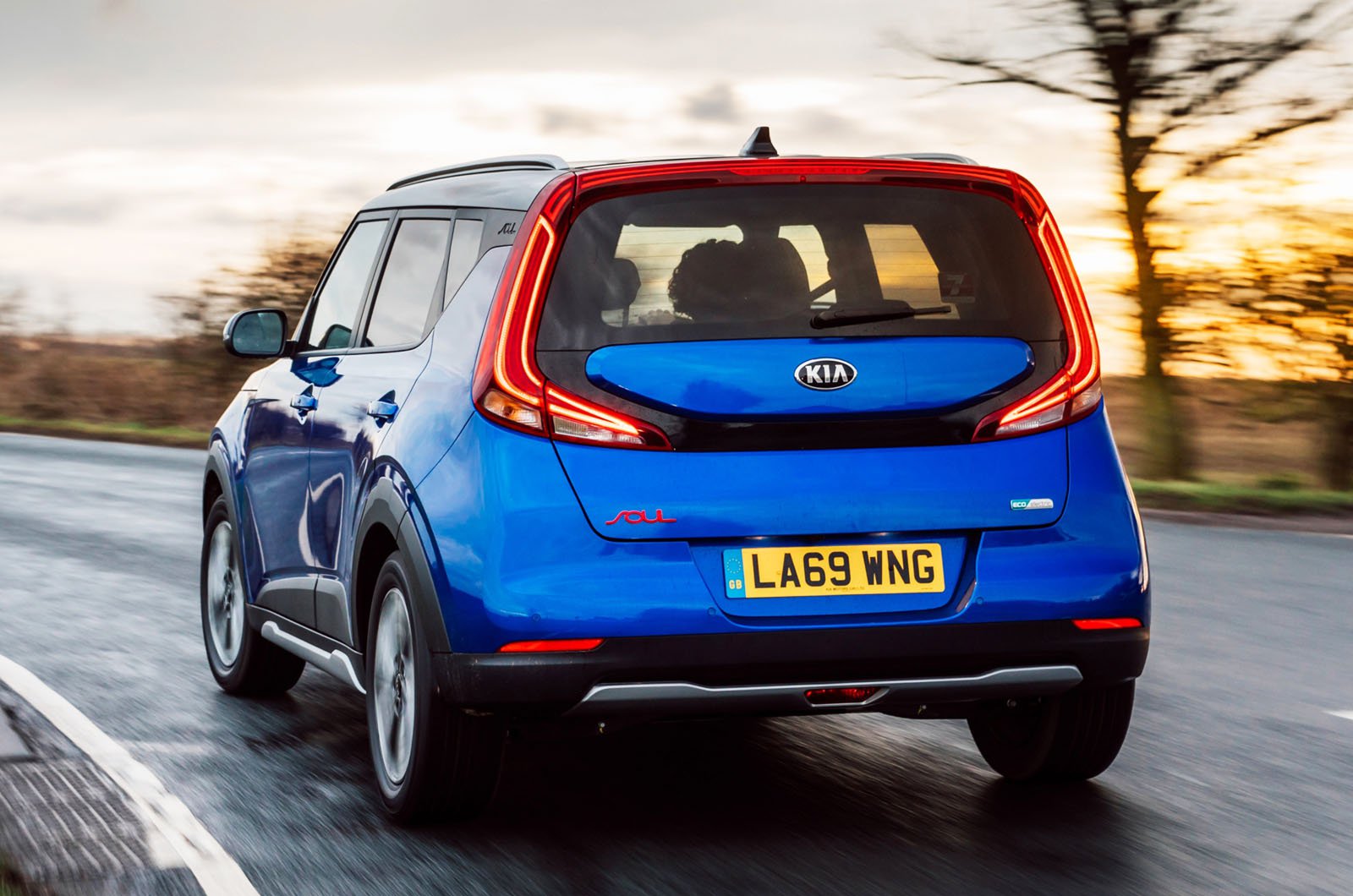 Because all of the torque of an electric motor is available from the off, the e-Niro and Soul are also great for nipping in and out of gaps in traffic or being first away from the traffic lights. The power is so instantaneous, in fact, that you need to be careful when pulling out of junctions, especially when it's wet, to avoid their front wheels spinning and the traction control cutting in.

If the moment does take you, you can hustle both cars down a country road at a reasonable lick, but we’d describe their handling as tidy rather than fun. Of the two, it's the e-Niro that's more agile, because it leans less than the taller, marginally more top-heavy-feeling Soul, plus its steering reacts more naturally; the Soul's is quicker but not as progressively weighted, and that takes a bit of getting used to.

Both cars grip well enough, but you can feel the added heft of their enormous batteries weighing them down compared with lighter, petrol-powered rivals; if you’re looking for a family SUV that’s truly fun to drive, the Seat Ateca is a better choice. 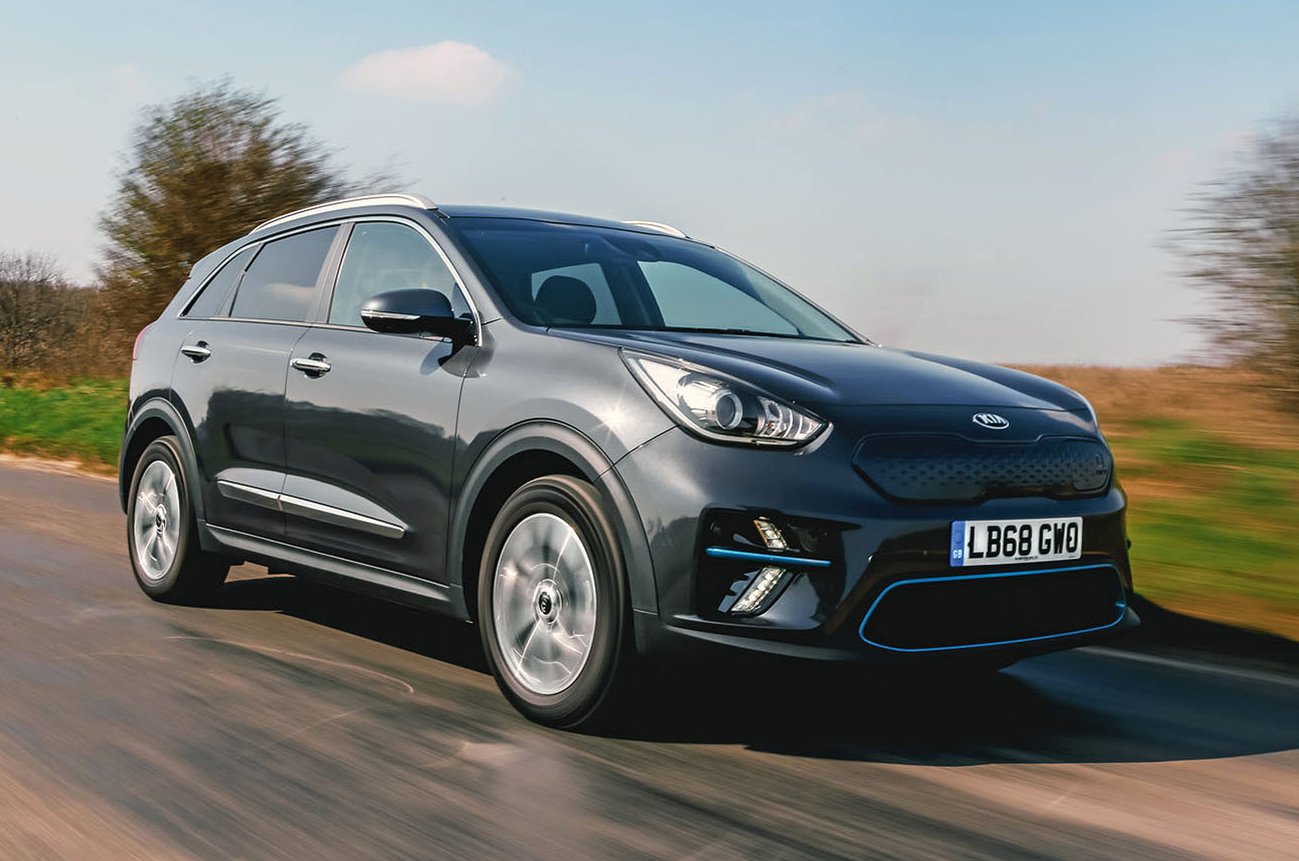 We suspect most buyers will be more concerned about ride comfort, though, and here the e-Niro has the edge over both the Ateca and its sister car. While the Soul is just as good as the e-Niro at getting over potholes and broken asphalt without subjecting you to hefty jolts, it fidgets and sways far more, particularly on the motorway.

This is a real shame, because it’s just as refined as the e-Niro. At a cruise, neither car lets in much wind or road noise, and their motors emit no more than a faint murmur when pushed.

Then there's the brakes. In electric vehicles, these recuperate energy for the battery whenever you slow down – something that can make it difficult to judge just how much pressure you need to apply. However, both the e-Niro and the Soul EV can be brought to a stop as smoothly as you like. 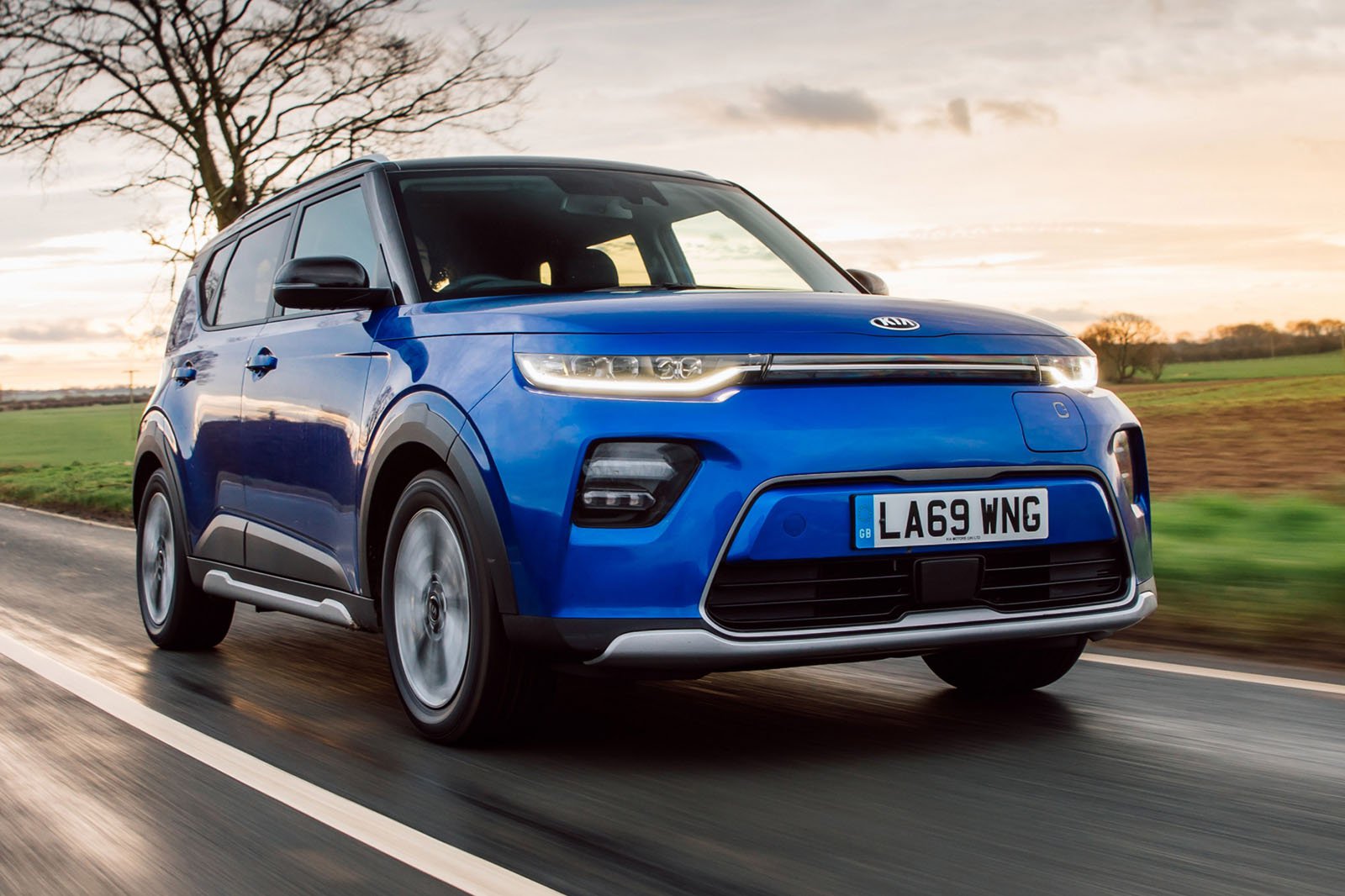 You can even slow them down effectively without touching the brakes; if you set their recuperation systems to maximum, lifting off the accelerator is all that's needed to slow dramatically.

We're yet to put the Soul through our Real Range test, but with both cars sharing the same battery and motor and weighing roughly the same, it seems likely that it would perform similarly to the e-Niro, which managed 253 miles between charges. That's one of the most impressive results we've recorded to date, matching the figure of the far pricier Jaguar I-Pace and being bettered only by the 259 miles of the Hyundai Kona Electric.