You get a whole lot of style and luxury for around £40k with the new Mercedes E-Class Coupé. We find out if it’s more tempting than its more powerful Audi A5 rival...

The A5’s interior will be immediately familiar to anyone who has spent time in the latest A4 saloon – and that’s definitely no bad thing. The minimalist dashboard is in keeping with that subtle exterior, Audi’s MMI infotainment system is one of the most intuitive in the class and all of the switches operate in a reassuringly slick manner.

And yet, while the A5 has the edge on build quality, it looks rather ordinary inside next to its rival here. Slide behind the wheel of the E-Class and you feel as though you’re in a car from the class above. Acres of brushed wood, aluminium and man-made leather cover the dashboard, the optional 13-speaker Burmester sound system is superb and the Comand infotainment (a must-have £1495 option) looks great and has clearer menus than the standard system, even if it isn’t quite as intuitive as the A5’s MMI. 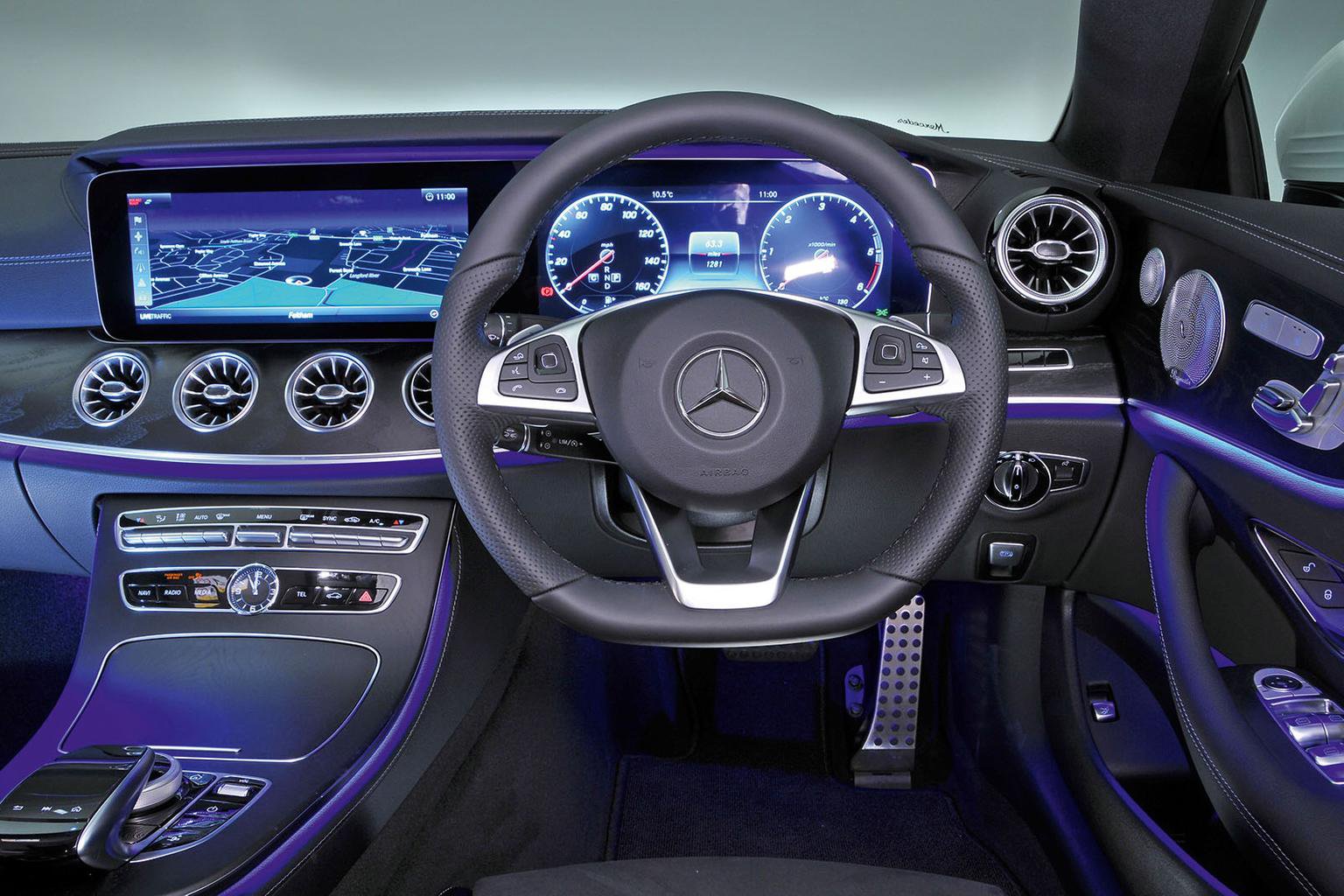 Your back seat passengers will definitely thank you for choosing the E-Class. True, it has only fractionally more head room than the A5, but there’s loads more leg room; even a couple of 6ft-tall occupants won’t grumble too much. In the A5, they will.

However, when it comes to boot space, the smaller A5 actually wins the battle. Not only can it ultimately swallow more luggage, but its load bay is also squarer and longer, making it easier to pack. The E-Class’s boot is wider right at the back of the car but tapers to a narrower point towards the rear seatbacks. Split-folding rear seats come as standard on both contenders, and when down they leave only a gentle slope in the floor of the extended boot.