Everything you need to know about the Audi E-tron Sportback concept, which previews a sleek electric SUV that will go on sale in 2019...

If you want a luxurious fully electric car, then a Tesla is really your only option at the moment. But Audi is hoping to grab a large share of this expanding market, with the help of two new electric models: an SUV, and a production version of this Audi E-tron Sportback concept which it has just unveiled at the Shanghai motor show.

Due on sale in 2019 (a year after the SUV), the E-tron Sportback is a similar size to the Audi A7 and has the same sort of sleek roofline. However, it combines this with the raised driving position and aggressive detailing that have helped make SUVs so popular.

What powertrain does the Audi E-tron Sportback have?

The concept has three electric motors (two power the front wheels and one the fronts) that produce a combined 496bhp and 590b ft of torque. Those outputs are enough to get the car from 0-62mph in a Tesla-rivalling 4.5sec, while the range between charges is also competitive, with Audi claiming that it will exceed 311 miles. 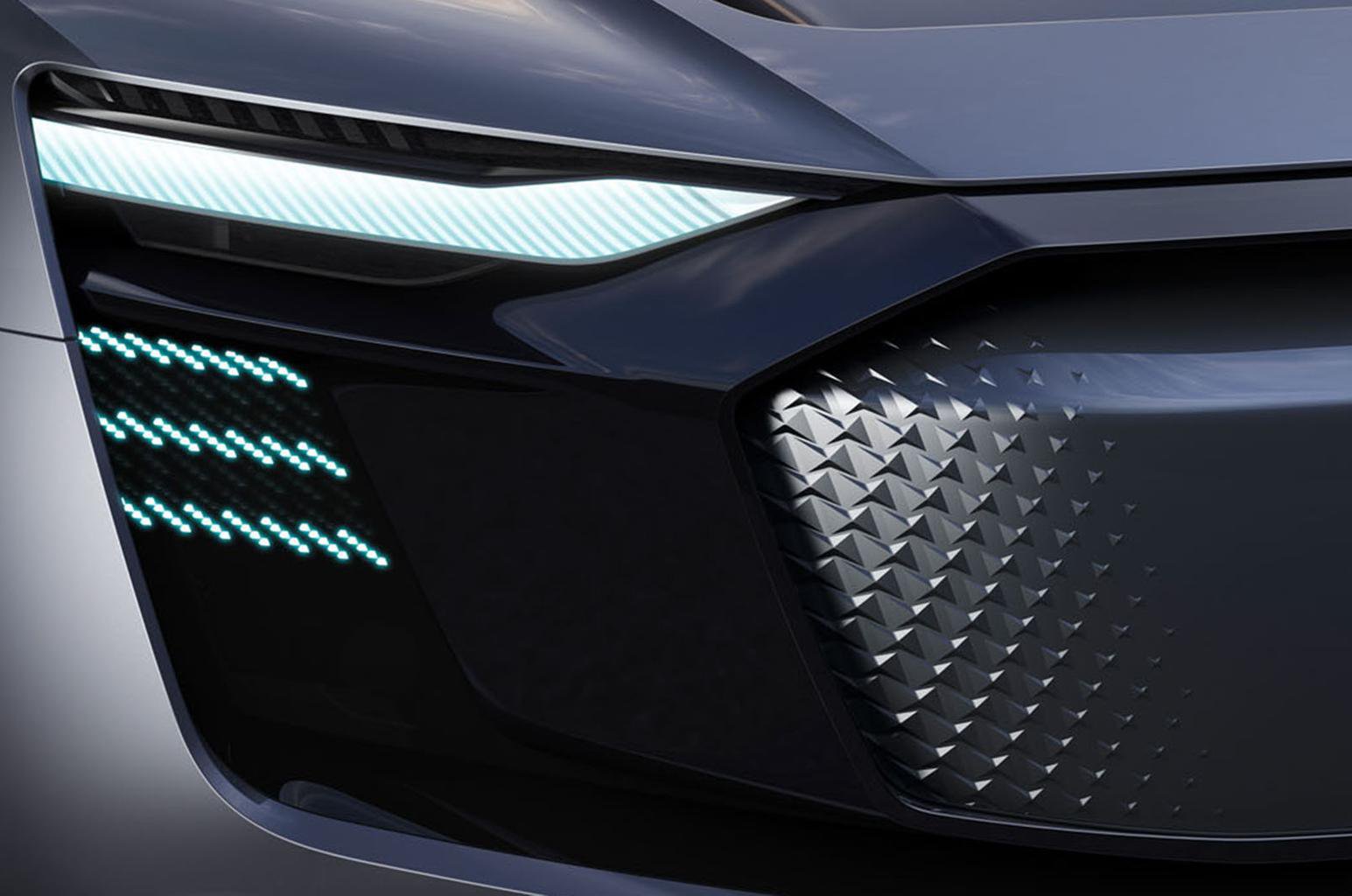 Cheaper, lower-powered versions with a shorter range will also be offered when the car goes into production, but all should retain the same three-motor set-up.

Most of the time, just the front motor is used, with the rears cutting in only when you accelerate hard or when the E-tron Sportback senses a shortage of grip. However, you can manually lock it in four-wheel drive mode, and the rear motors can also operate independently of one another to help tug the car into corners and make it feel more agile.

All three motors can also recover energy that would normally be lost during braking or when coasting. And the batteries can be charged wirelessly, using an AC home charger or a DC fast charger, with the latter expected to give an 80% charge in just 30mins. 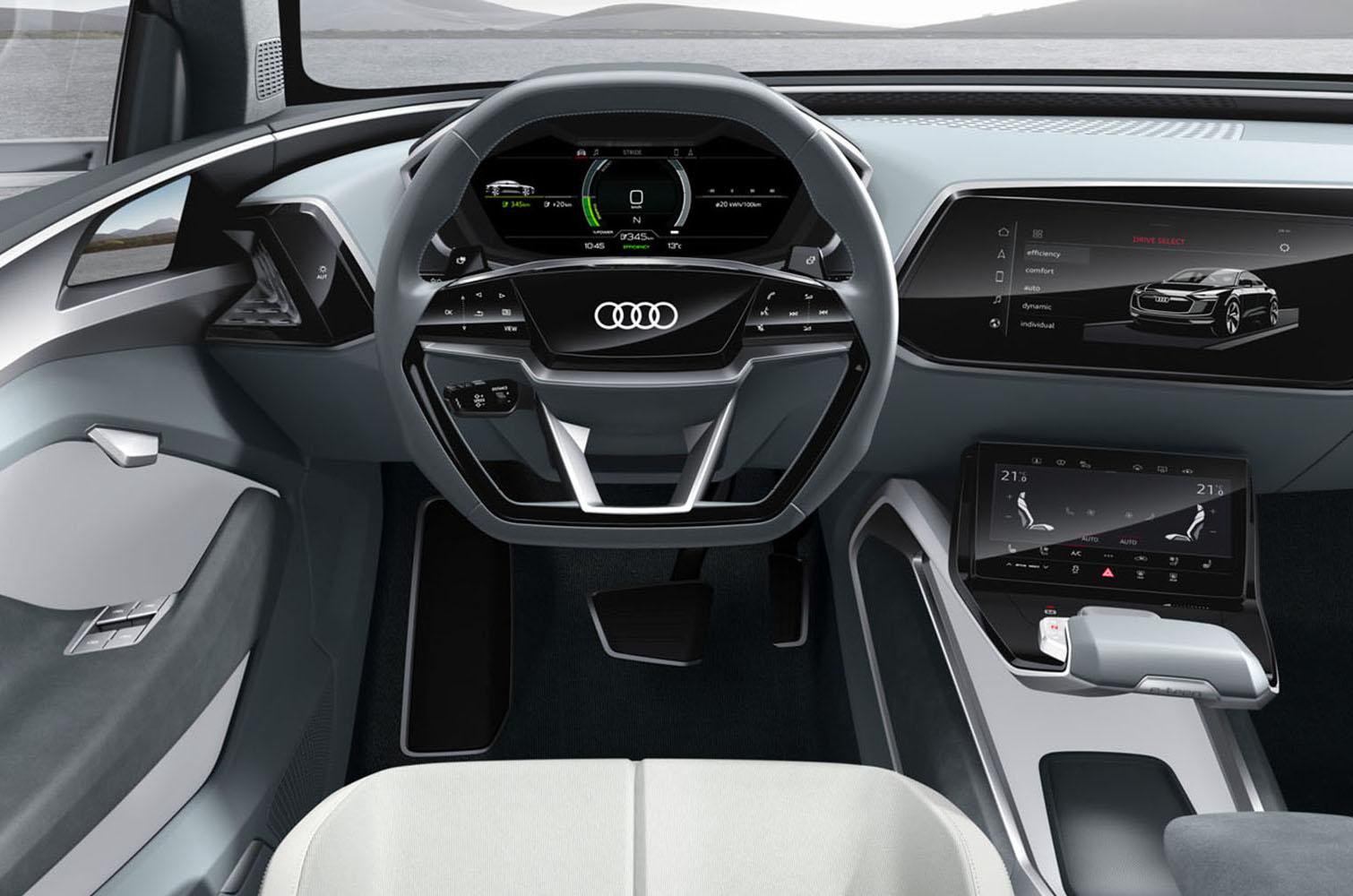 The E-tron Sportback concept has four seats which are trimmed in fabric made from bamboo (due to its sustainability), plus some of of the surfaces in the car are finished in electrified paint that actually glows dimly to provide ambient lighting.

The Virtual Cockpit system that’s available on many of today’s Audis is also included, replacing the traditional instruments with a digital screen that can display a wide variety of information directly in front of the driver.

However, the infotainment system is very different to the Multi Media Interface (MMI) that Audi currently uses, swapping a rotary controller that’s linked to on-screen menus for two touchscreens with haptic feedback. This arrangement undoubtedly looks futuristic, but it isn’t necessarily a step forward, because MMI is less distracting to use on the move than most of today’s touchscreen systems.

What technology does the Audi E-tron Sportback come with?

The E-tron Sportback will get all of Audi’s latest driver assistance systems, including Piloted Drive, which can fully control the car in slow-moving motorway traffic without any input from the driver, and which will make its debut on this year’s new A8 luxury saloon.

Like many concepts, the E-tron Sportback also has cameras in place of door mirrors, so accompanying displays are integrated into the doors, although we’d be surprised if these cameras made production.

More likely to be available is the car’s digital lighting technology, which includes LED full beams. These produce 24,000 more light beams than the most advanced headlights Audi currently offers, which should mean vastly improved visibility at night. 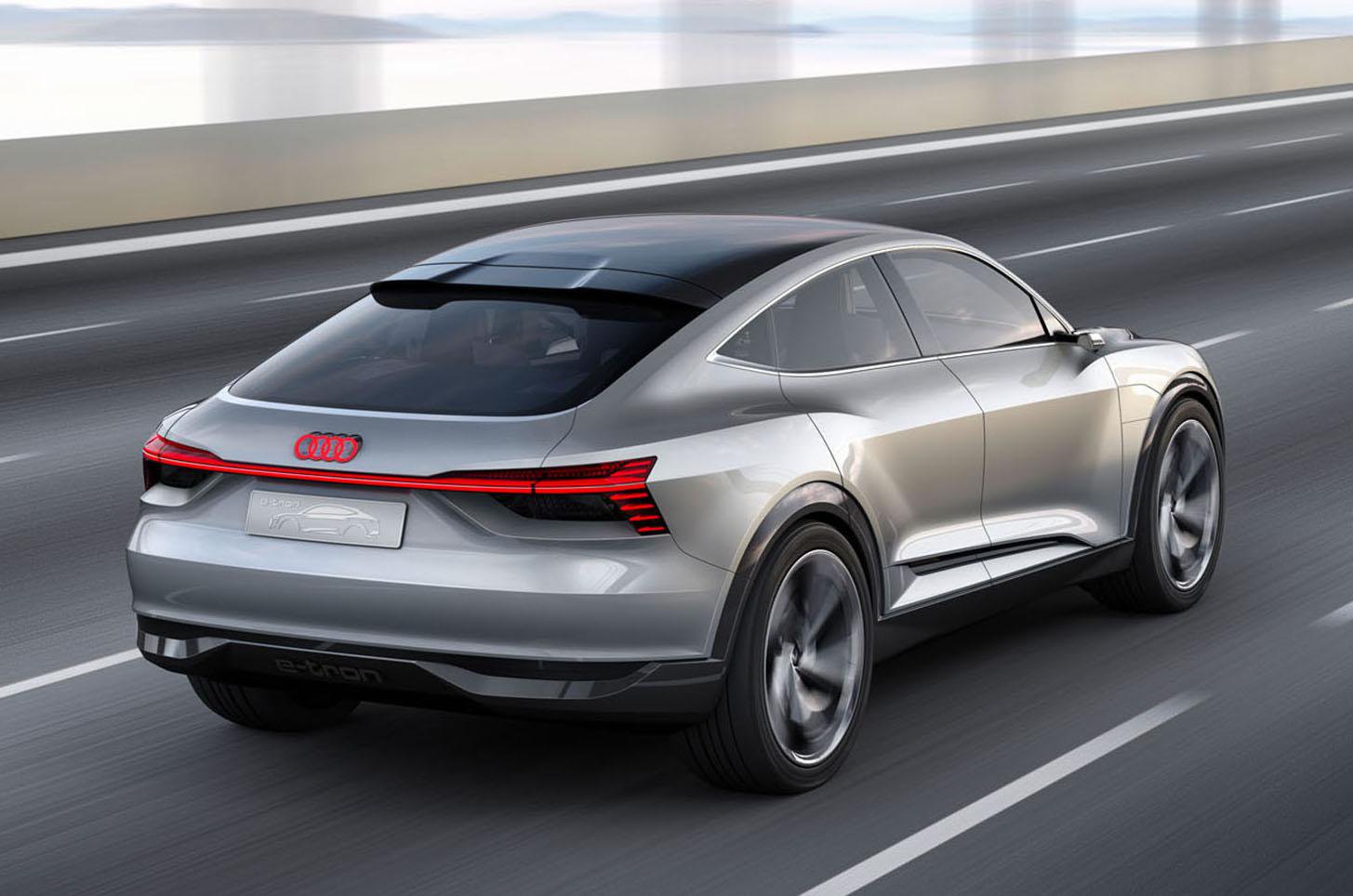 The Audi badges on the front and back of the concept also illuminate, with the rear one turning red when the car is moving so that it meets legislation. What’s more, it becomes brighter during heavy braking and doubles up as the reversing light.

How much will the Audi E-tron Sportback cost?

Prices are still a long way from being confirmed, but we’d expect the E-tron Sportback to go head-to-head with the Tesla Model S, which currently starts at £75k.

The two electric cars that Audi is planning aren’t the only new models that it is hoping to tempt SUV buyers with over the next couple years.

In 2019 there will also be a Q4 that puts style before practicality to enable it to take on the Range Rover Evoque and BMW’s upcoming X2. And before that we’ll get an ultra-luxurious Q8.