Offers strong performance and attractive looks without the practicality penalties of a traditional saloon.

The definitive luxury car for many years, but is it still the king of the crop?

The newest design here and the only one made from lightweight aluminium. Does it have the comfort and refinement to win?

*Price today is based on a 2015 model with average mileage and full service history according to the What Car? Valuation service, correct at time of writing

The traditional luxury car seems to be under threat thanks to the competitive PCP finance deals you can get these days on more practical SUVs. This has lead to numerous manufactures trying different variations to make their car stand out from the crowd.

The first of which being Audi with the launch of the coupé-cum-hatchback-cum-executive express A7 Sportback back in 2010. Its distinctive coupé-inspired styling did indeed catch peoples' attention and subsequent sales, which means you can find many first-generation examples on the used market, much like this one which is less than half the price it was new. 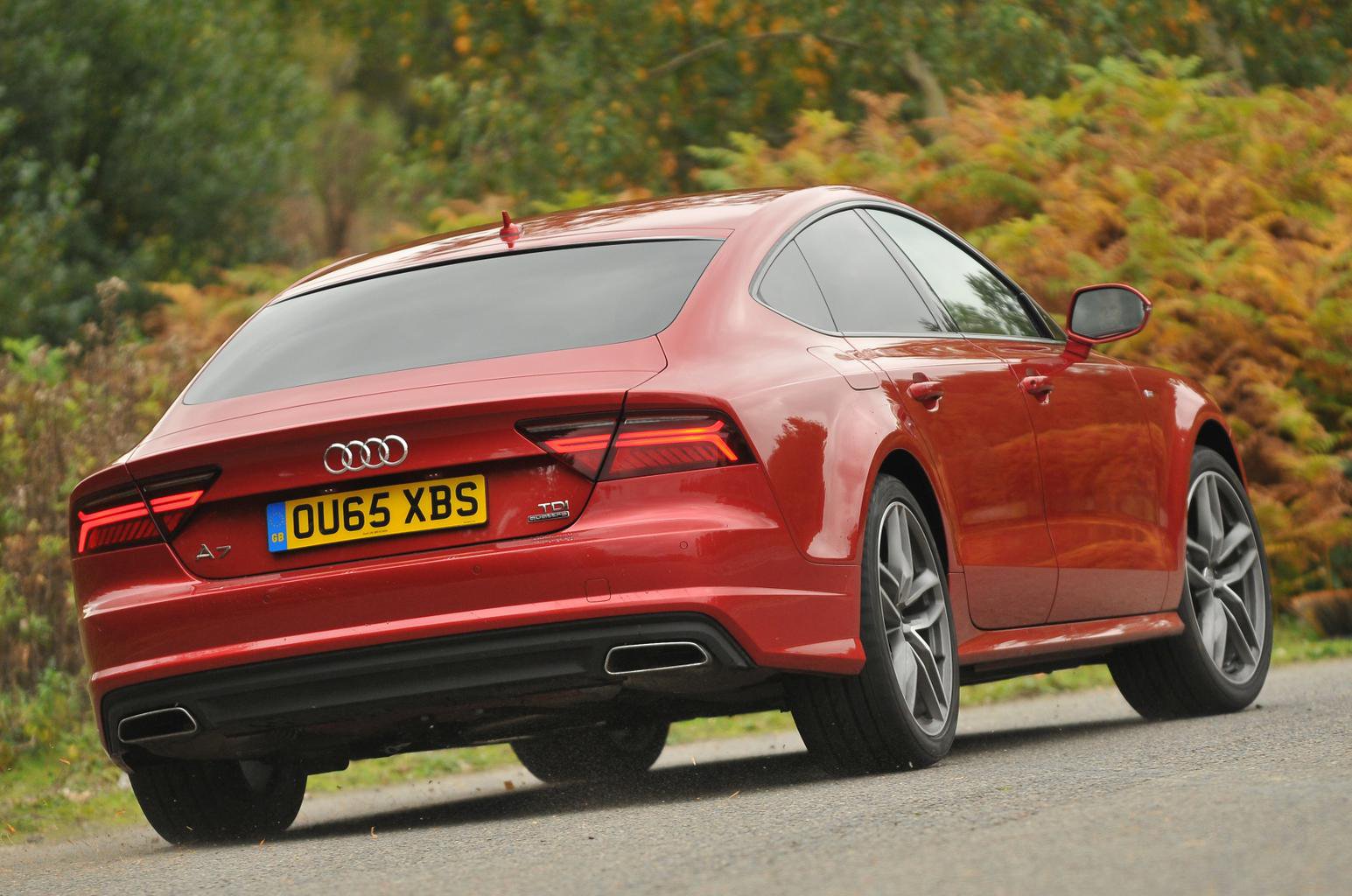 Another used bargain is the Jaguar XF, seen here in its current shape form which introduced lightweight aluminium construction to the sector, giving this big saloon the agility of a much smaller car.

But the BMW 5 Series has never had to resort to such tactics in order to maintain buyers' interest. It continues to outsell both its rival in this test, but is the previous-generation that you'll get for our budget actually a better used buy? Read on to find out.

Each car features a powerful 3.0-litre diesel engine, but while the XF’s V6 is the most impressive on paper, on our damp test track it was the A7 with its quattro four-wheel drive system that transferred its power to the road most effectively and posted the best 0-60mph time. That said, all three cars will whisk you from 30-70mph similarly briskly, so making overtaking easy.

There are greater differences in the way the cars handle, though. The Jag’s steering is lighter than the BMW’s, but quicker and every bit as precise, giving it the greater sense of agility. The 5 Series is certainly no slouch, proving an entertaining and unflustered companion along meandering B-roads, but the XF’s better body control makes it the more entertaining of the two rear-wheel-drive cars. 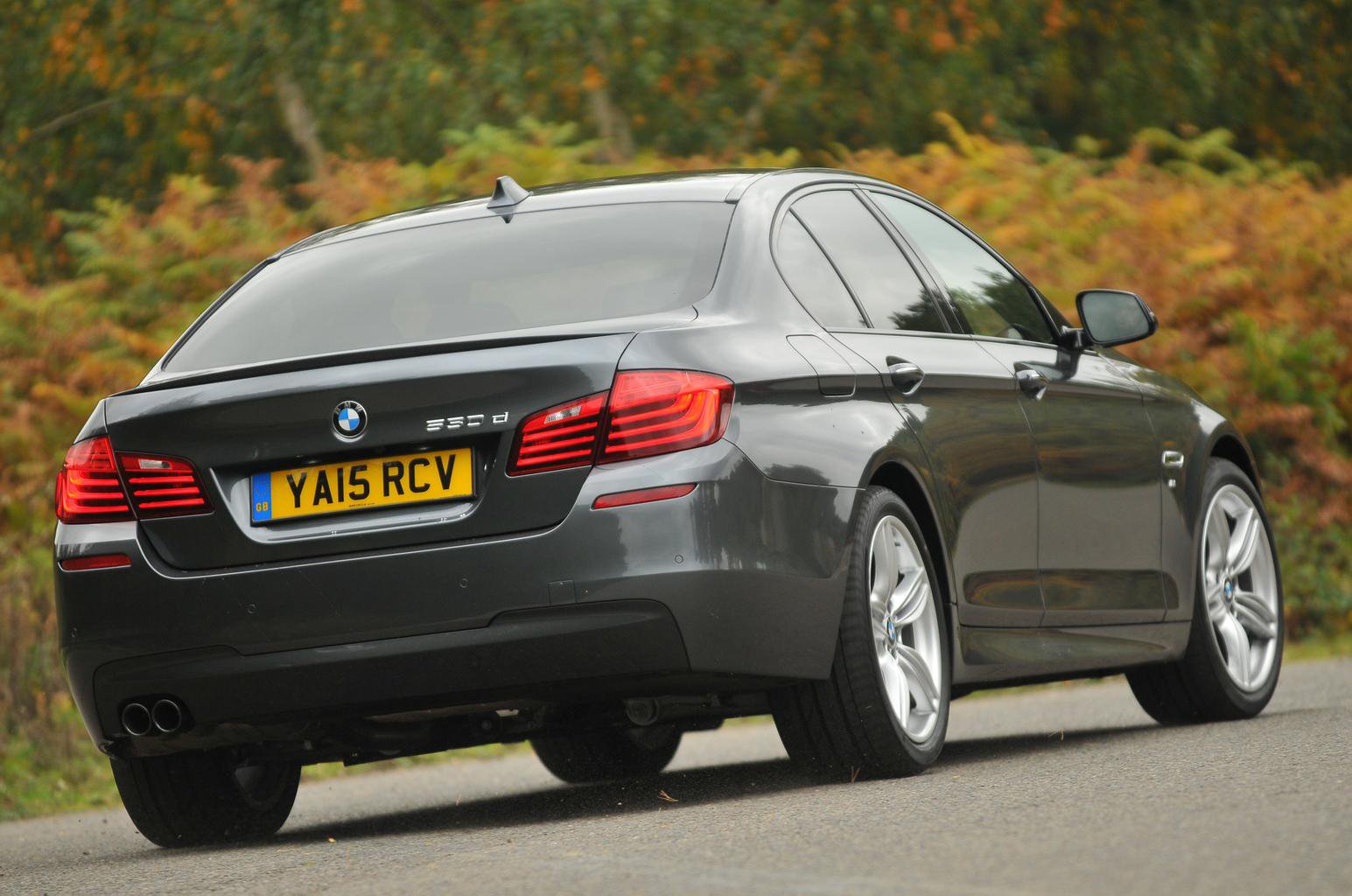 Audi’s four-wheel drive system enhances the A7’s traction and it works brilliantly on wet and slippery roads, but it’s a shame the car’s steering is a little vague around the straight ahead.

Our XF test car rode on large, optional-when-new 20in alloy wheels, but it still did an impressive job of smoothing out challenging broken roads. There’s a firmness to the way it rides, sure, but it’s compliant enough, never allowing its body to bob about, or the suspension to thump too uncomfortably.

The 5 Series isn’t far behind. Again, our example had optional 19in alloy wheels and lower, stiffer M Sport suspension, though, it doesn’t smother bumps quite as effectively as the XF.

Our A7 test car was fitted with optional sports suspension, and its larger 20in alloy wheels meant the ride was abrupt over expansion joints and cracked surfaces, sending more of a jolt through the car than you get in its rivals. On this evidence, we would recommend sticking with the standard suspension. 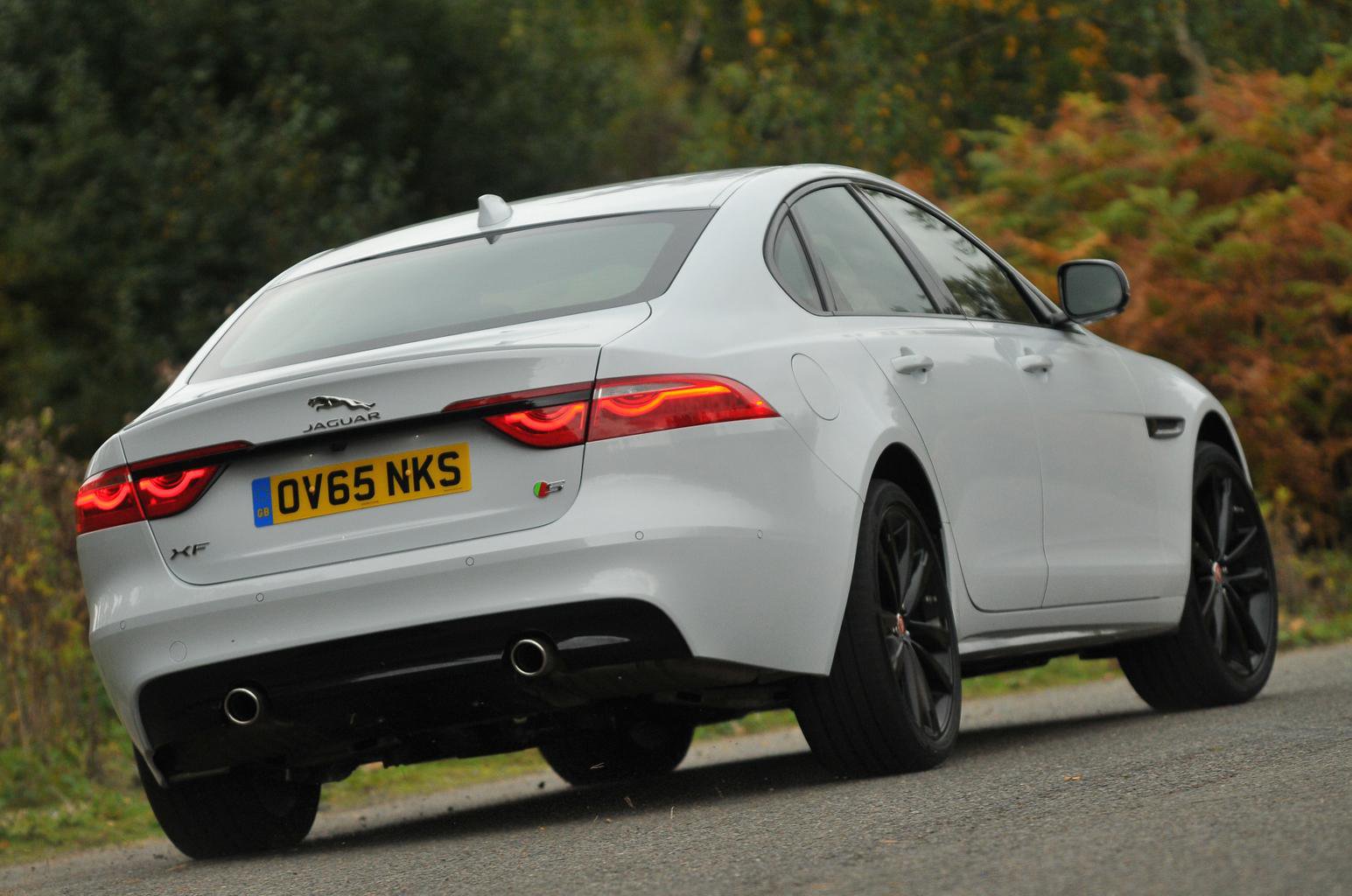 The A7 is pleasingly refined, however; its slippery shape helps minimise wind noise at speed, even if there is still some road noise from its large tyres. It’s the 5 Series that is ultimately the quietest, though, keeping engine noise at bay the best, while also shutting out road and wind noise better than the other two cars.

The XF is the worst here for refinement. There’s plenty of road noise from its tyres, and some wind noise too, and it also transmits the most vibrations through the wheel and pedals. On top of that, the engine is the noisiest of the three, being especially gruff at low speeds.