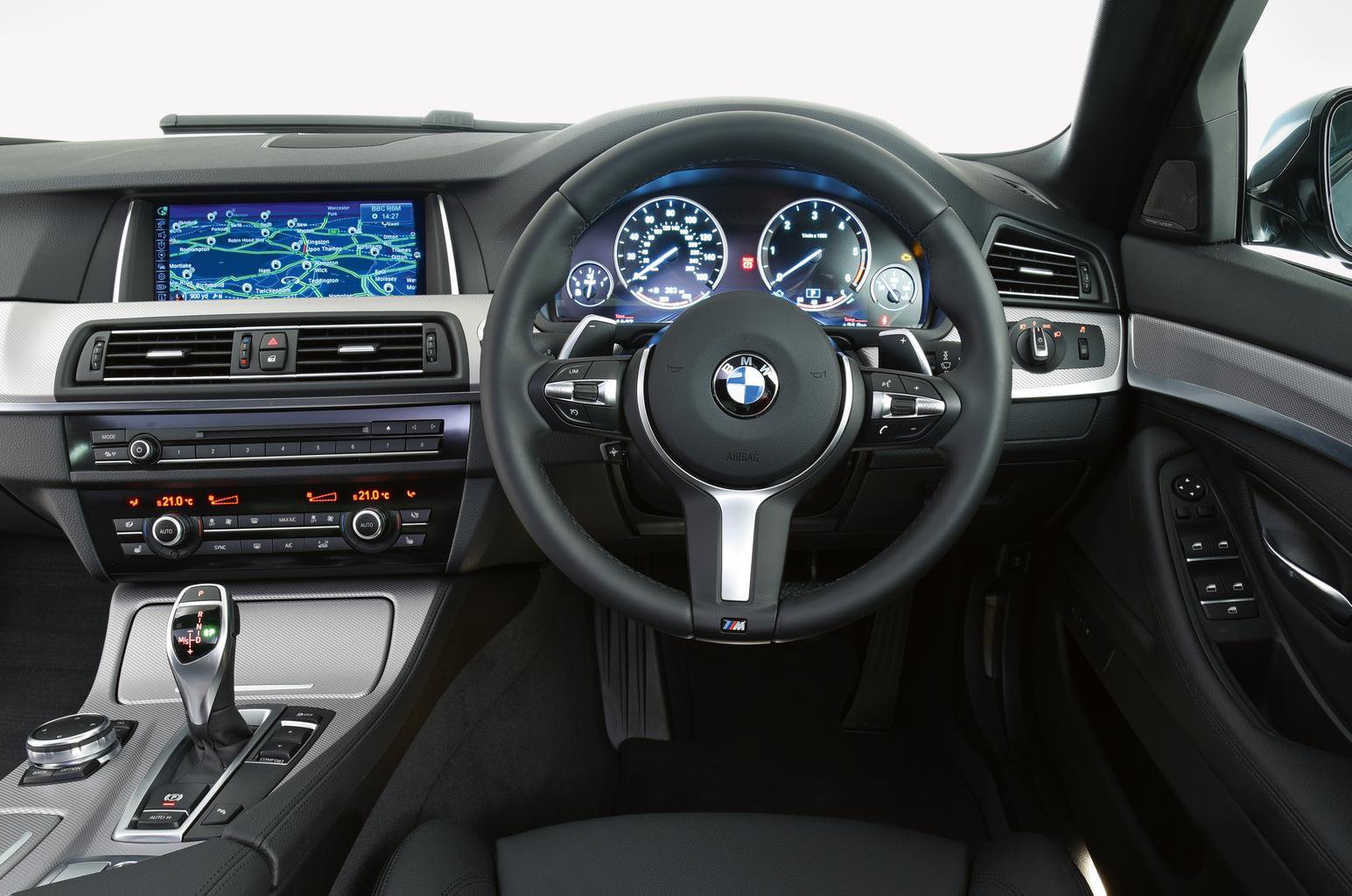 Still, all these cars’ seats have plenty of side support and a good amount of seat and wheel movement that’ll allow any driver to get comfortable, even if some may wish that the A7's seat dropped lower.

Two tall adults will be comfortable enough in the back of all three, but the A7 has the least rear head and leg room. The 5 Series has the most head room in the back, and taller side windows make it feel comparatively light and airy. The XF is almost on a par with the 5 Series, though, because it has the most leg room, plenty of head room by any standard, and broad seat bases that offer plenty of thigh support. 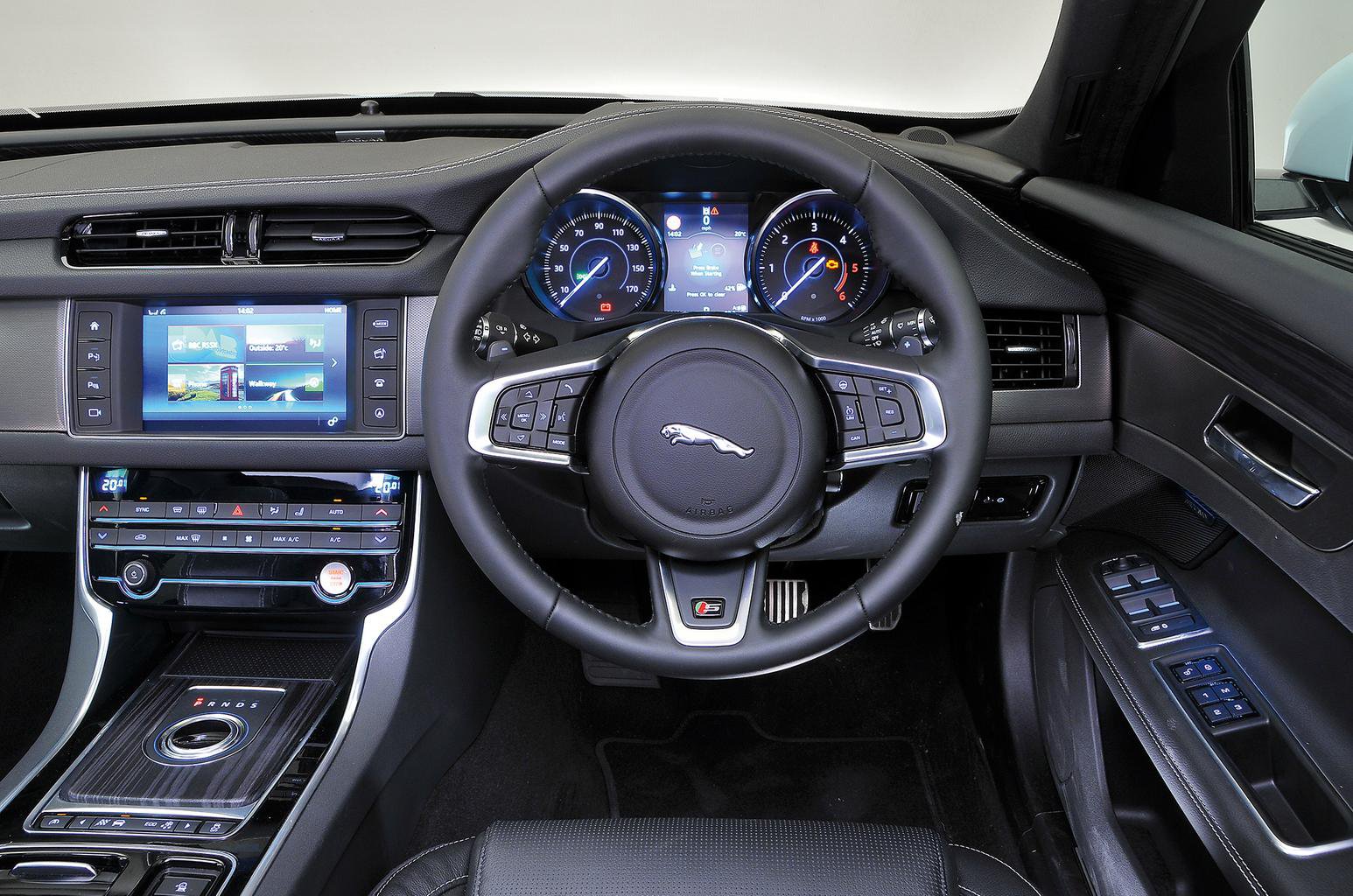 While the 5 Series might be best for rear passengers, it ’s the only car here that doesn’t get split-folding rear seats as standard, and it has a slightly smaller boot than the others.

Of course, being a hatchback rather than a saloon, the A7 has by far the biggest boot opening. However, it also benefits from a boot floor that's a convenient square shape and standard 40/20/40 split rear seats, with the load floor more than two metres long when these are folded down. 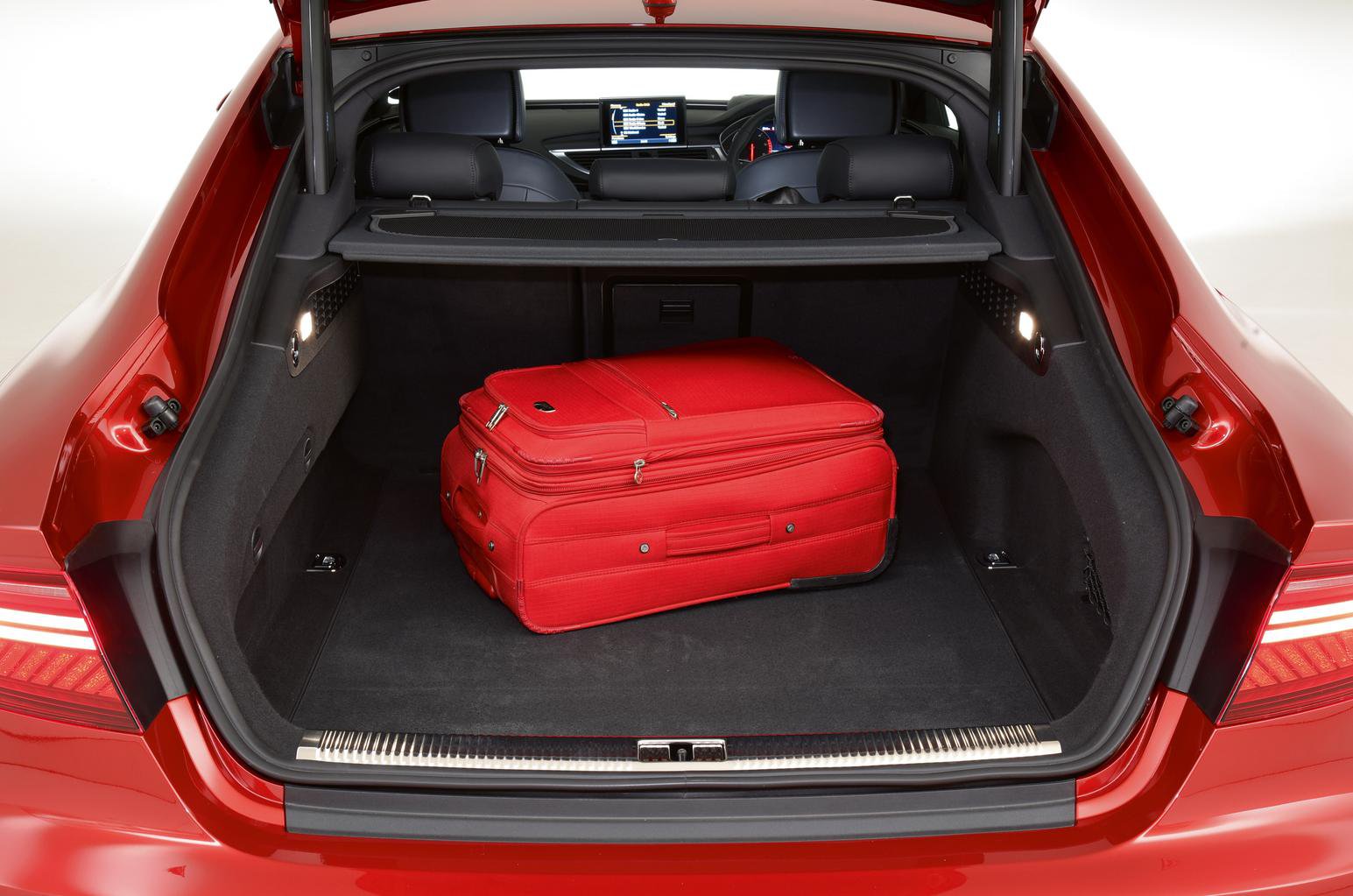 The XF’s saloon layout means that with the rear seats dropped you have an awkward, narrow aperture that makes it tricky to load bulky items, and you’re left with an annoying slope when folding down the rear seats. But at least – as with the 5 Series – the boot is big enough for a large shopping load or a buggy.

Visibility is best in the 5 Series, again thanks to its boxier shape yielding squarer windows and more upright, slimmer pillars. The A7 and XF both have bigger over-the-shoulder blind spots and chunky, raked front pillars that can obscure your view at junctions. 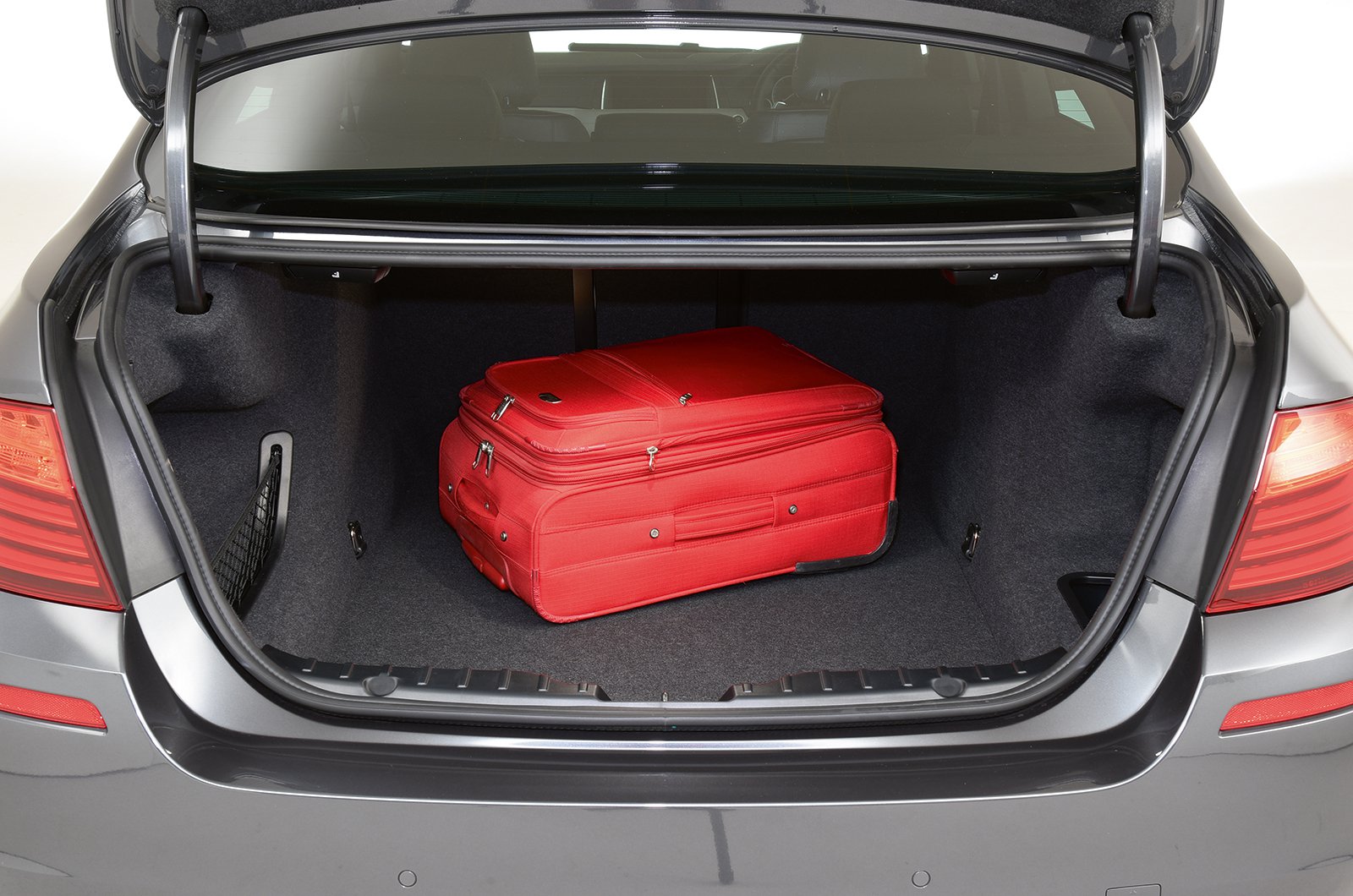 The A7 and the 5 Series are great for perceived quality, but the XF suffers from a few niggles. The light and wiper stalks feel a little cheap, and the sharp edges around the bases of the seats and exposed cables for the seat releases in the boot make it feel a notch down on the more high-quality feel of its rivals.

As for infotainment, the 8.0in screen (pictured), which came with the optional Technology Pack when the A7 was new, is worth holding out for. Not only is it bigger than the standard (6.5in) screen, with icons that are easier to hit, but the pack adds a head-up display, voice control and online functions including Google Maps and WiFi. The screen is clear, well placed, and can retract into the dash, and the interface is mostly easy to use with the help of the shortcut buttons. 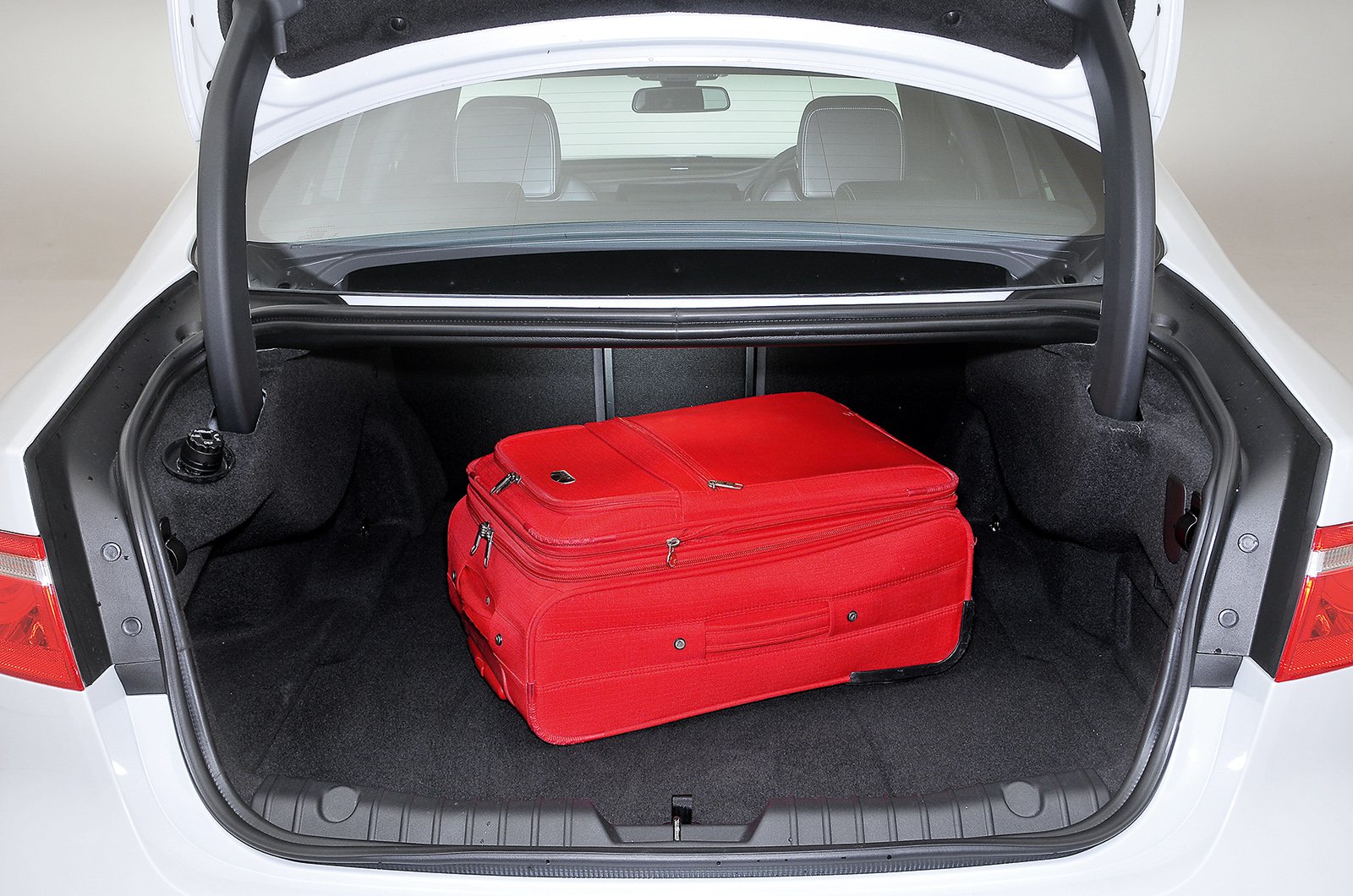 Still, as good as the A7's system is, BMW's iDrive is even better. Like all of these cars, the 5 Series has sat-nav, a DAB radio, a USB socket and Bluetooth handsfree with audio streaming. The 10.5in screen shown here is part of the Professional Media system upgrade, which adds a 20GB hard drive and voice control. However, even if you can't find a car with this, the system is really intuitive, making it easy to find even the most obscure settings.

The 8.0in touchscreen in the XF is standard and gets voice control, online functions including WiFi, and an excellent Meridian sound system (the best standard audio set-up here). It ’s just a shame that the screen can be a little slow to respond and that some of the settings and functions are tricky to find.